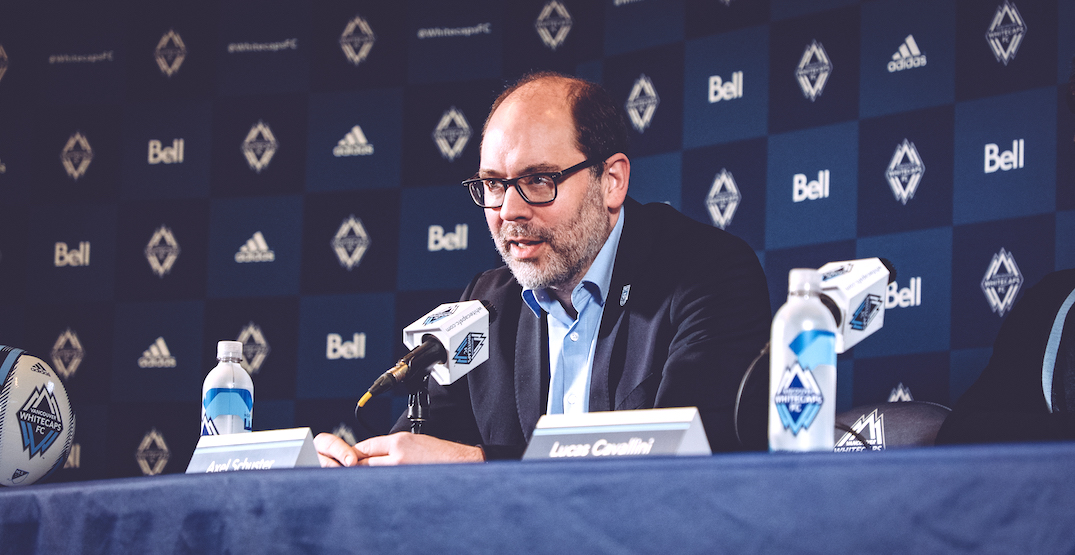 The Vancouver Whitecaps are looking towards the future on and off the pitch and that includes a contract extension for CEO and Sporting Director Axel Schuster. Daily Hive has learned that the club is looking to sign Schuster to a four-year contract extension.

Vancouver signed Schuster to a three-year contract in November, 2019. His current deal is set to expire at the end of November of this year. Advanced discussions between Schuster and the Whitecaps organization have taken place, with a four-year extension in the works.

“It’s not done now, but we’re speaking about it,” Schuster said in an exclusive interview with Daily Hive.

Having an opportunity to remain with the Whitecaps leading up to, during, and after the 2026 FIFA World Cup is a huge carrot for Schuster. Staying in Vancouver provides an avenue to continue to build and develop the club with the US, Canada, and Mexico as joint hosts.

“When I came here, I wanted to build a vision until 2026,” Schuster said. “I would like to work on a plan for 2026, because I believe this will be an amazing year for soccer in North America. I think every club and everyone that is involved with soccer should always have a view to 2026. Things that we aren’t getting right until 2026 will be more difficult to do after that.”

BC Place is one of three venues under consideration to host matches in Canada. On June 16, FIFA will announce the host cities and venues for the 2026 World Cup.

The terms of the contract extension for Schuster are expected to have performance-based escalators. Schuster is a big proponent of bonuses earned for Whitecaps players.

“I always tell every player, if you want to earn a certain amount of money, you have to accept that you also have to perform for them,” Schuster explained. “I’m a bonus guy and I’m absolutely up for this as it relates to the performance of the club and me. Escalators are bonuses for me.”

In his first two full seasons with the Whitecaps, Schuster and the club have experienced a rollercoaster of ups and downs. The pandemic resulted in the club living out of a suitcase for the 2020 season, and forced to relocate to Sandy, Utah until August in 2021.

Schuster has already fired and hired a head coach, and has been the face of the organization during the on-going independent MLS investigation into the Whitecaps handling of alleged abuse allegations dating as far back as 2008.

There’s been a lot that the 49-year-old German has had to adapt to, but the biggest obstacle that Schuster has had to work around is something we’ve all had to learn to deal with.

After a tough start to the season, things are looking up for the Whitecaps lately. Vancouver sits one point out of a playoff spot, with a date against the Seattle Sounders on Tuesday. The Whitecaps will also host York United FC in the semifinals of the Canadian Championship tournament on June 22 at BC Place.