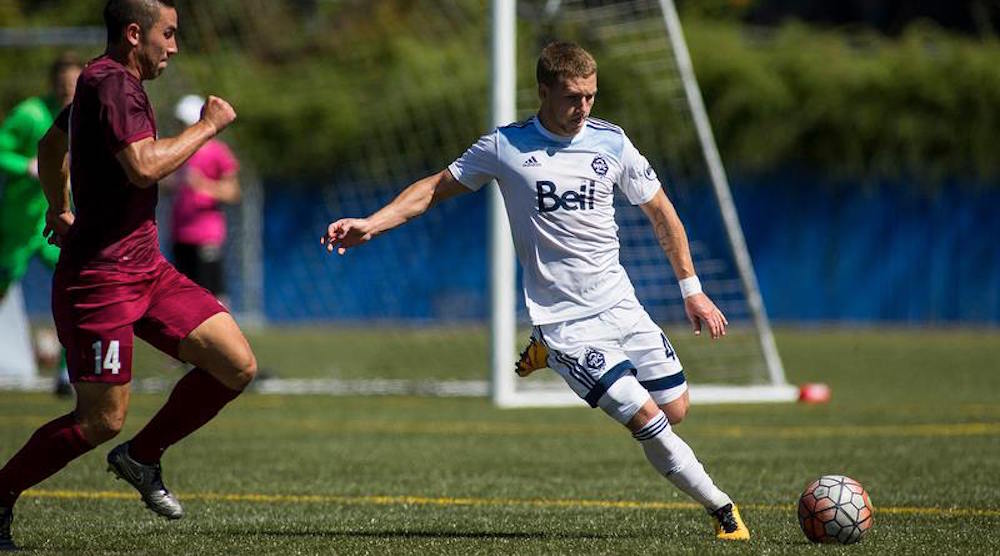 Whitecaps FC2 have done it again.

Earlier this summer it was attacker Alphonso Davies who moved up to the MLS team, and today it’s 23-year-old defender Brett Levis.

Levis, who has been impressive at all levels since joining the Whitecaps U-23’s in 2014, has signed a multi-year MLS contract that could run until the end of the 2019 season.

“I’ve been waiting a long time for this and it’s finally here,” Levis said in a team media release. “It means everything to me. I’ve been with this club for three years now. I’m ready to make this next step and I’m very excited for the future.”

Before joining the ‘Caps, the Saskatoon, Saskatchewan native played for the Victoria Highlanders and spent three years playing at the University of Saskatchewan.

By the time he had finished his time with the Huskies, Levis had set a team record for assists, and still sits second in all-time scoring.

Levis is the latest player to join the Whitecaps MLS defensive corps, but his addition comes as no surprise – he impressed manager Carl Robinson in a preseason inter-squad match, and played for the MLS team in the recent matches against Crystal Palace and Central FC.

“Brett is a great example of a player who took his opportunity,” said Robinson. “With Whitecaps FC2, he showed skill and versatility, and the willingness to learn and adapt to a new position. When given the chance to train and to play for the first team, he’s taken full advantage of it.”