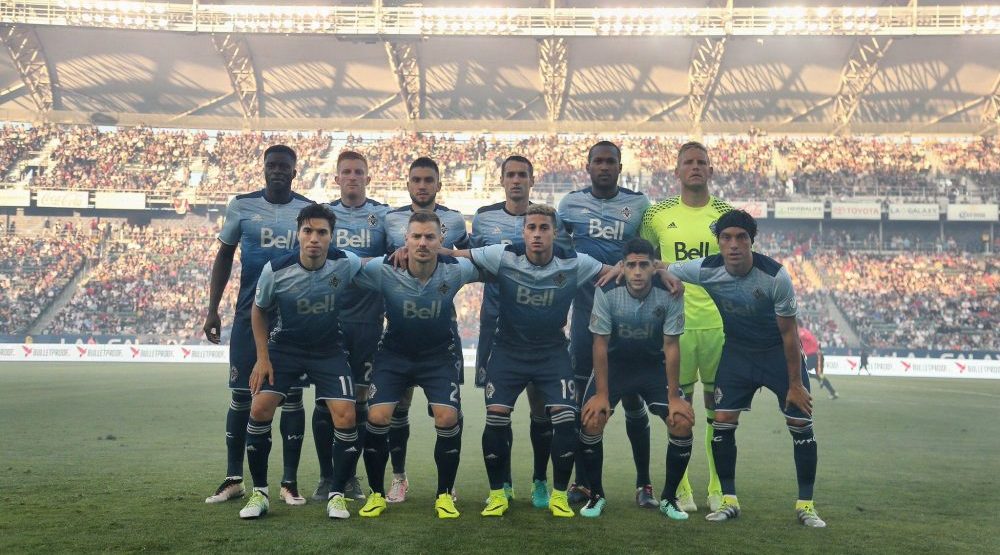 The 2016 Major League Soccer season has been a roller coaster ride for fans of the Vancouver Whitecaps.

The Whitecaps have both delighted and frustrated their fans throughout the first half of this year. At times the Blue and White have played some scintillating soccer, but sadly inconsistency has plagued the ‘Caps all year long.

Starting to see the old Waston/Parker combo of headed clearances in the last couple of games…. #VANvORL #MLS

Over the past year, the Whitecaps brass has been proactive in building a solid foundation. Pedro Morales was the first of the team’s core players to sign a new deal last summer, and was followed in the offseason by teammates Kendall Waston, Matías Laba, Cristian Techera, and goalkeeper David Ousted.

Eager to build on the already solid core in place, Whitecaps manager Carl Robinson has kept busy upgrading his squad. Over the offseason Christian Bolaños, Blas Pérez, Masato Kudo, and Fraser Aird were all brought to the club. All the players signed by Robinson last winter, regardless of age, all have impressive soccer résumés.

So why then, with a supposedly strengthened team, have the Whitecaps struggled this season?

This same scenario was repeated last week when an equally head-scratching mistake in the last minute of second half injury time allowed the Colorado Rapids to steal a point on what was virtually the last kick of the ball.

“I think [the defenders] can all share in the responsibility,” Whitecaps FC president Bob Lenarduzzi told Daily Hive. “It’s not just one player that is making all the mistakes that you can zero in on.”

In 2015, while en route to finishing second in the Western Conference, the Whitecaps tallied an impressive 13 clean sheets and a miserly 36 goals allowed. No one in the league had better numbers in these categories, and their defensive prowess was a big reason for the Whitecaps’ best-ever season in MLS.

With clean sheets rarer this summer than a sunny day, perhaps the leadership and other intangibles provided by defender Pa-Modou Kah last season is being missed on the pitch more than expected. Of the 13 clean sheets amassed by the Whitecaps in 2015, 10 were recorded when the veteran Kah was playing.

While Kah’s occasionally bizarre decision making and blunders are topics of hot debate among supporters, there is no doubt that the Norwegian is a vocal and imposing figure on the pitch. One Whitecaps coach told Daily Hive that Kah’s leadership and presence in the locker room alone made his signing one of the most important of 2015.

This season the venerable Kah has made only five appearances for the Whitecaps for a total of 395 minutes. A combination of injury, and perhaps edging ever closer to his own personal ‘best before’ date has kept him on the sidelines in favour of younger options including Tim Parker and the versatile Andrew Jacobson.

In an effort to shore up the defensive corps, the Whitecaps signed the Canadian international defensive duo of Marcel de Jong and David Edgar to 18-month contracts last week. While mid-season signings can at times be hit-and-miss affairs, the signing of de Jong and Edgar could prove pivotal to the Whitecaps’ season.

Edgar: "I'm delighted to sign for #VWFC and especially to be back in Canada. It has always been in my plans to come and be a part of @MLS."

The addition of Edgar is the more interesting of the two.

The 29-year-old from Kitchener, Ontario spent nearly a decade in England playing for several clubs including Newcastle United and Burnley.

Edgar’s years of top-level experience in the Premier League is a big asset for the Whitecaps, but the man Robinson calls a ‘natural organizer’ could be the missing link to Vancouver’s problems at the back.

“David has a wealth of experience,” said Lenarduzzi. “Even in the few training sessions he’s had we’ve seen that he’s clearly the kind of guy that wants to organize and direct people that are beside him or in front of him.”

Unlike de Jong, who played 25 minutes as a substitute in the 2-0 midweek win over Real Salt Lake, Edgar has yet to make his debut for his new club. With the Whitecaps once again hanging on to salvage a point against Orlando City on Saturday night, the reinforcements can’t come soon enough.

“In terms of how much of an impact those two guys make is up to them,” said Lenarduzzi. “If the guys who are actually starting are looking over their shoulder because they might feel like there’s somebody there who can take their spot, then that’s good, too.”

Vancouver currently tops MLS with 35 goals allowed, and clearly had to act sooner rather than later to enact change. Shockingly, the number of goals allowed could be much higher if it were not for goalkeeper David Ousted’s heroics between the sticks all year long.

At the other end of the pitch, the Whitecaps’ 33 goals for puts them up among the league’s leaders, which suggests that once the leaks are patched they could finally become a bona fide force to be reckoned with.

Until that day arrives, however, the discussion will continue to focus on the points the Whitecaps have squandered throughout the season thus far. In the über competitive Western Conference the margin for error is small, and missing the playoffs this year would be a huge setback and a bitter disappointment for the Whitecaps and their fans.