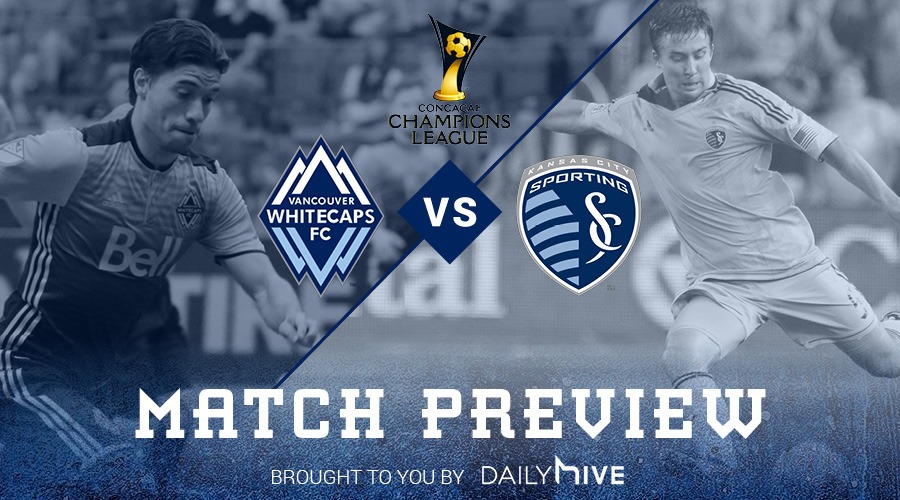 After being thoroughly beaten 2-0 on the weekend by Sporting KC in Kansas City, the Vancouver Whitecaps return home for their second match in CONCACAF Champions League.

Their opponents? Why, it’s those exact same Sporting KC folks. How about that?

To be fair, it likely won’t be an identical starting eleven for either side in this midweek match. There will be rotation in order to both give fringe players minutes and rest key players for the league matches.

The question is, who sits and who stays? And more cynically, does it even matter?

In case you haven’t noticed, Whitecaps FC 2 is kinda good. Like, tied for first in the USL Western Conference good.

It’s not far fetched at all to expect some WFC2 stalwarts to make cameo appearances for the big team based on form. For example, bringing in former Victoria Highlander (come on, you lads in black!) Brett Levis at left fullback is practically a given after his solid showing in Trinidad & Tobago in the CCL opener.

Did I say Levis was a WFC2 stalwart? My apologies. I meant a former WFC2 stalwart, as the Whitecaps announced they have signed the 23-year-old to an MLS contract on Tuesday.

Less clear is who starts in goal. Spencer Richey got the job done and looked solid doing so in the prior CCL match. Then again, Sporting KC is not Central FC; Paolo Tornaghi would be a fine choice to provide some veteran stability at the back, as evidenced by his body of work in the Voyageurs Cup the past two years.

Having seen what SKC can do with a home field at their backs, the Whitecaps have to show they can match that effort and are still capable of putting on a solid home performance.

Sure, the evidence in support of said home performances is scant this season. Sure, the team has generally looked like a demoralized, tired mess for months now. Know what would fix that?

To that end, the core players of this team need to show they’re worth keeping around. Having been left out of the starting eleven in Missouri – one assumes with the express purpose of playing in this match, though I wouldn’t be shocked if it was a “smarten up” benching – midfielder Matías Laba has to prove he can still be one of those core players.

To question the Laba of days gone by would be near-heresy, especially to one From the Backline co-host (cough Jorge). Yet here we are, the 2016 season winding down in front of us, and Laba has been a shadow of his former self.

If it’s a question of low morale and/or confidence, bossing around what will likely be a Sporting KC B-team’s midfield would be a great remedy for Laba. Helping the team to a crucial win and a five-point lead in the group is the stuff sports movie comebacks are made of.

Remember head coach Carl Robinson’s famous “five cup finals” challenge? We could use a bit of that now-or-never, do-or-die urgency from Laba and the boys.

Call for their heads

Or, if impending doom in the form of no playoffs and no CCL knockout round doesn’t inspire an uptick in form, there’s always a good ol’ fashioned benching.

What if – and hear me out on this one – what if Laba doesn’t come back to the starting eleven, or even the game-day roster?

What if captain Pedro Morales’ lack of chance generation and service earns him a spot in the press box for the remainder of the season?

What if defender Kendall Waston is given a foolproof way to avoid yellow card accumulation, also known as zero minutes?

I look at this Vancouver 11 and think, hey, that's a pretty good 11. One win in nine. #VWFC pic.twitter.com/R3hMv3QRN2

Perhaps the way to motivate a squad for a midweek non-league match is remind them that no spot is safe, no salary too sacred to waste by not playing. If whoever from the fringes of the Whitecaps player pool takes to the field on Tuesday can put on a top-tier performance, we may be looking at a roster shake-up in the final race to the playoffs. Formerly untouchable players may start to find themselves on the outside looking in if they can’t keep up.

1-1 Draw. While I’d love to go with my heart and wildly predict that the slump will end, goals will flow and Vancouver will triumphantly march out of BC Place with a 3-0 win and a renewed sense of purpose, my brain says otherwise. There just hasn’t been enough good football on display to expect the ‘Caps will deliver a thrashing upon their enemies at home, clutch as that would be. What we’ll likely see is a spirited display by a WFC2/VWFC hybrid team that ultimately lacks that final, killer spark of talent to seize all three points.