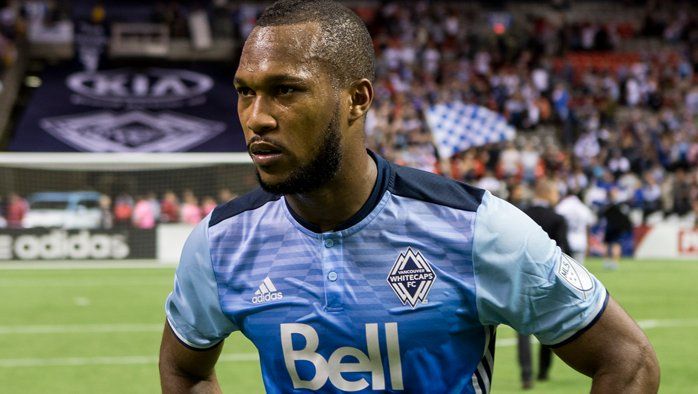 For the first time in three years, the Vancouver Whitecaps will not be in the Major League Soccer postseason.

That sentence stings, not in the least because of the progressions the side had shown under head coach Carl Robinson. Heck, the notoriously Canada-averse American soccer media had not only noticed the Whitecaps, they were predicting great things for the Blue and White this year. That kind of support crystallizes just how far the side had come.

Unfortunately, it also crystallizes just how far the side has fallen from those lofty predictions and expectations.

The Voyageurs Cup was lost on a last-second fumble between David Ousted and Kendall Waston. The “red line” for the playoffs vanished from the horizon weeks ago. Claiming the Cascadia Cup will require a difficult three-goal victory over the visiting Portland Timbers this Sunday.

Those aren’t exactly the components of a marquee year for the ‘Caps. However, they did qualify from the CONCACAF Champions League group stage and have secured the top seed for the quarterfinals. So, there’s that, at least.

Based on the above, I feel safe in saying there’s room for improvement in 2017. In fact, I’d go so far as to say that the final regular season game is the time to start throwing soccer science at the wall and seeing what sticks. Perhaps a piece of the puzzle has been hiding in plain sight all along, waiting to be discovered by an inventive coach or insane genius.

This is where I come in.

While I don’t have any coaching badges, I easily qualify under the “insane genius” provision to offer some thoughts on shaping the 2017 edition of the Vancouver Whitecaps. Here are four ideas so crazy enough they just might work this Sunday against the Portland Timbers. Or, y’know, fail spectacularly. Either or.

It might seem counterintuitive to completely surrender both fullback positions considering Jordan Harvey was just voted team MVP and Carl Robinson has stated a new right fullback is a priority offseason signing. You’d be wrong.

One, it gets all three of Vancouver’s starting central defenders onto the pitch at the same time, with the option of bringing on the likes of draft pick Cole Seiler or Whitecaps FC 2 MVP Sem de Wit as a substitute without compromising the whole backline.

Two, it leaves Matías Laba in a solitary, defined role as a destroyer/ball-winning midfielder. There’s no sharing the load with a partner or attempting to switch roles and try to play distributor; all Laba has to do is break up attacks, shield the three defenders and force attackers out wide. In theory, this means more crosses into the box, which plays to the defensive strengths of Vancouver, as opposed to running directly at the defenders and drawing fouls and/or penalties.

Three, it front-loads the attack so heavily that defenders will either have to bunker en masse, sacrificing their attack in the process, or try and mark anywhere from three to five attacking players all at once. In the latter case, spreading opposing defences thinner means more space for our speedy attackers to operate. Attackers like, say, Alphonso Davies or (once healthy) Kekuta Manneh.

There’s also the chance that three strikers means more goals from the strike corps since that’s sort of their job. The Whitecaps can’t keep relying on their midfield to bail them out:

That’s the top five from the Whitecaps’ goal-scoring charts. Note how no out-and-out strikers managed to crack it.

2. Use an all-Canadian attacking three

Assuming Robbo sticks to his favoured 4-2-3-1 this Sunday against Portland, there’s no reason not to try and weaponize team chemistry in a derby game.

Long-time followers of the ‘Caps may recall how excited they were back in 2014, when Whitecaps Residency products Marco Bustos and Kianz Froese signed their Homegrown Player contracts. As I recall, part of that excitement came from the knowledge that Froese and Bustos came with something you can’t teach at any soccer academy: friendship.

“I always thought of him as a brother … but now it actually seems like we’re brothers,” Bustos added. “It’s good. Being where we are today, having the same dream, and growing up as best friends … is not something many people can say they’ve experienced. It’s heartwarming.”

These two have started next to each other from youth development to the youth World Cup. They call each other “brother”. So why not play them next to one another and see if that magic translates?

Heck, you’ve already got another standout Residency product in Alphonso Davies making waves in that area of the park. Put all three of them together as an all-Canadian, all-Residency attack corps to face down a bitter rival and show the world exactly what the Whitecaps Residency program is capable of producing.

Erik Hurtado has received his fair share of stick over the years for not doing the thing strikers are supposed to do on a fairly regular basis: score.

In the same breath, Hurtado has also rightly won plaudits for his work rate and determination in the face of adversity, notably a goal-scoring drought that would make lesser-minded people quit the game entirely.

Can run, can be physical, nobody minds if he doesn’t score but celebrates wildly if  he does… remind you of anyone? How about Gershon Koffie? Or Russell Teibert?

If Robbo returns to his 4-2-3-1, he should shuffle Hurtado to the midfield to try and play as a shuttler instead of a striker. The Venn diagram of “platitudes for Hurtado” and “platitudes for Koffie/Teibert” has a surprising degree of overlap. Instead of getting upset at Hurtado for grinding it out at the tip of the attack to no avail, why not praise him for doing that exact same level of grind work in the thick of the midfield?

Not only that, but moving Hurtado further back opens up space for other attackers to try and impress. Want to see more of Masato Kudo, Giles Barnes and/or Blas Pérez in Vancouver’s 2016 swan song? Move Hurtado and it becomes that much easier.

All right, calm down. Un-light those torches. Lower thine pitchforks, angry rabble. Hear me out on this one.

While goal-scoring has been an issue this season, it hasn’t been the issue. That dishonour falls to the defence, which has been inexplicably leaky and a shadow of its former self. We could cast accusations across the entire back line and call it a day (“Jordan Smith isn’t good enough!” “Matías Laba picked a bad time to have a baby!”) without breaking a sweat.

Or we could move Kendall Waston to the other end of the pitch and confuse the [expletive] out of the opposition.

In previous years, Waston was a bastion at the back. Teams that dared to play direct soccer, lumping long-balls in his direction, were swiftly rebutted. Combined with the big man’s imposing physicality, Vancouver’s defensive reputation was mighty.

Unfortunately, that reputation took a nasty twist once everyone realized you could just run at the big guy. Just look at how Montreal scored their first goal of the season:

No wonder nobody fears Waston anymore. Either you use his reputation against him and draw fouls and cards with aplomb, or you just run past him and leave him standing. Keeping Waston on the back line is thus a liability.

On the front line, however…

Imagine if that wasn’t just limited to set pieces. Imagine if Waston was banging and crashing up front, wearing down opposing defenders for the entirety of the match, not just on corners.

This brings us back to the point a few paragraphs ago, where a weakened or spread thin enemy defence means more space for the speedier ‘Caps. Not only could Waston open up possibilities for the Mannehs and Davies of the world, he could carve open space for himself through sheer brute strength.