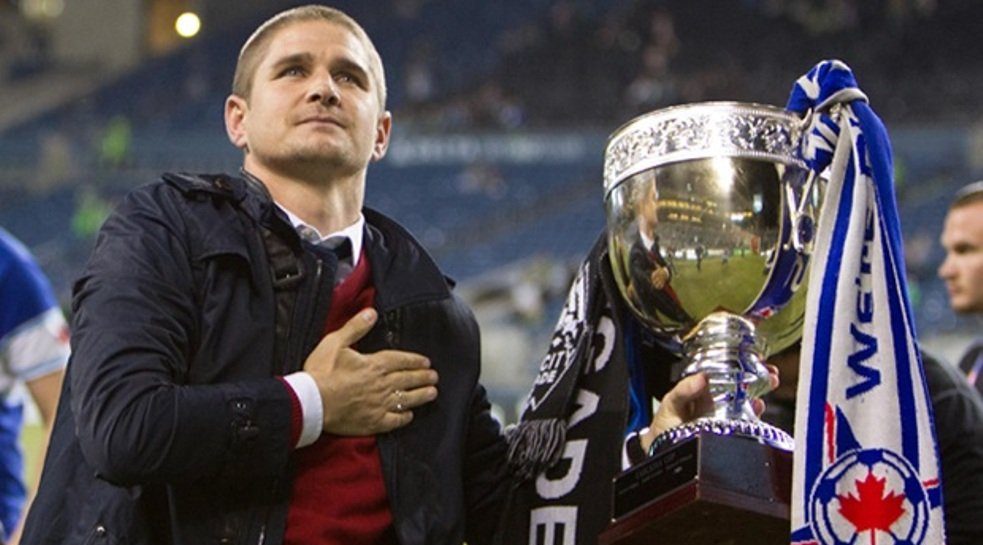 The disastrous 2016 season for the Vancouver Whitecaps only just ended, but the club is wasting no time in preparing for 2017 and beyond.

On Wednesday the announcement was made that head coach Carl Robinson, along with assistant coaches Martyn Pert and Gordon Forrest, have signed multi-year contract extensions with the club.

Popular goalkeeper coach Marius Røvde, however, will not be back next season as he is leaving the Whitecaps to pursue a new opportunity.

Robinson, who took over the head coaching role in 2014, is now under contract until 2020.

“Carl’s body of work over the course of his five years at the club has shown that he is one of the top up-and-coming head coaches in North America,” said Whitecaps FC president Bob Lenarduzzi in a press release. “While this past season was certainly a learning experience for everyone involved within the club, we have complete faith in Carl’s continued vision in acquiring the necessary players to build a team that will compete with the best in MLS.”

This past year was a complete turnaround from Robinson’s first two seasons in charge. In previous years the Whitecaps were playoff regulars and won a variety of trophies including two Cascadia Cups and their very first Voyageurs Cup in 2015.

This year the Whitecaps won just two matches after Canada Day, and missed the playoffs after finishing eighth in the Western Conference.

Robinson’s successes on the pitch are a reflection of his hard work off it. Since 2014 a number of top-notch players including all-star defender Kendall Waston and FIFA World Cup veteran Christian Bolaños have joined the Whitecaps. In addition, Robinson has promoted from within the club, giving MLS contracts to defender Brett Levis and prodigy Alphonso Davies.

With a extremely disappointing season now behind them, Robinson and the Whitecaps can now start preparing for next season.