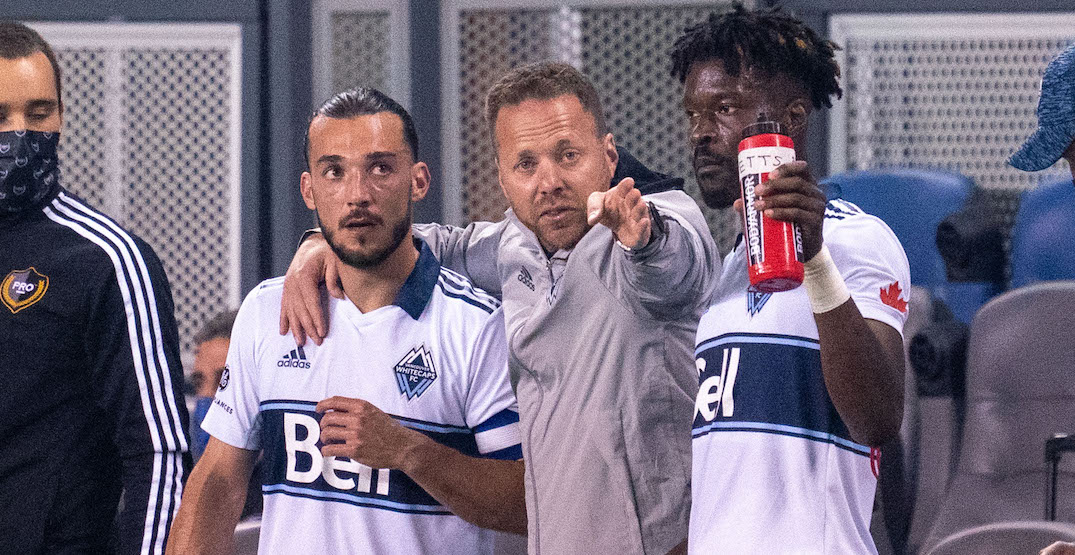 The Vancouver Whitecaps are coming home.

After being forced to set up shop in Sandy, Utah, this season due to the closed Canada-USA border, the team has approval to return to Vancouver on July 25.

The Whitecaps will train at their practice facility at UBC on July 27, but their return to BC Place will be delayed a bit longer.

While Toronto FC and CF Montreal returned to their home stadiums in Canada last weekend, the Whitecaps continued to play home matches in Utah. They will continue playing there until the end of the month because BC Place is committed to other events.

“Based on direction received from the club, the stadium’s July date holds were released near the end of May,” the team said in a media release.

A BC Place spokesperson tells Daily Hive that an interactive family event called “Wings and Wizards” has the stadium booked up this month.

The situation with the pandemic and the closed border was much different two months ago, when the Whitecaps were unable to confirm their July home dates with BC Place. By the time it looked like the team might be able to return sooner than anticipated, it was too late.

The Whitecaps looked at other options in the city but were unable to find a suitable solution. Consequently, their July 31 “home” match, will be played in Utah.

The outlook is a lot better for August, though there are no guarantees for Vancouver, Toronto, or Montreal. In order to play in Canada, MLS needs to secure a “National Interest Exemption” from the government. That’s what allowed Toronto and Montreal to return home last weekend, but further approval is needed for August.

Despite the complications, after all they’ve been through, this qualifies as a good news day for the Whitecaps. They should be back at BC Place soon with fans in attendance, at 50% capacity in August.

“We are absolutely thrilled with the prospect of returning to Vancouver,” said Axel Schuster, Whitecaps FC chief executive officer and sporting director. “We always understood that first, the situation in our community has to change into a positive for everyone and for that, we will be forever grateful to all our frontline heroes, who work tirelessly to keep British Columbians safe.”

Vancouver’s July 28 home match against Austin FC has been moved to September 4, likely securing an additional match at BC Place. Nine of Vancouver’s final 15 matches will be played at home, and if all goes as expected, they’ll all be in front of their home fans at BC Place.

“Throughout this very trying period, our fans have remained extremely loyal,” added Schuster. “We’ve explored a number of scheduling options to give us the best chance to play as many games as possible at BC Place and are very thankful to Austin FC for understanding our unique situation. We’ve had a lot of encouraging discussions with all our partners and will continue to provide updates as they become available.”

The first Whitecaps home match scheduled next month is on August 21, against LAFC.