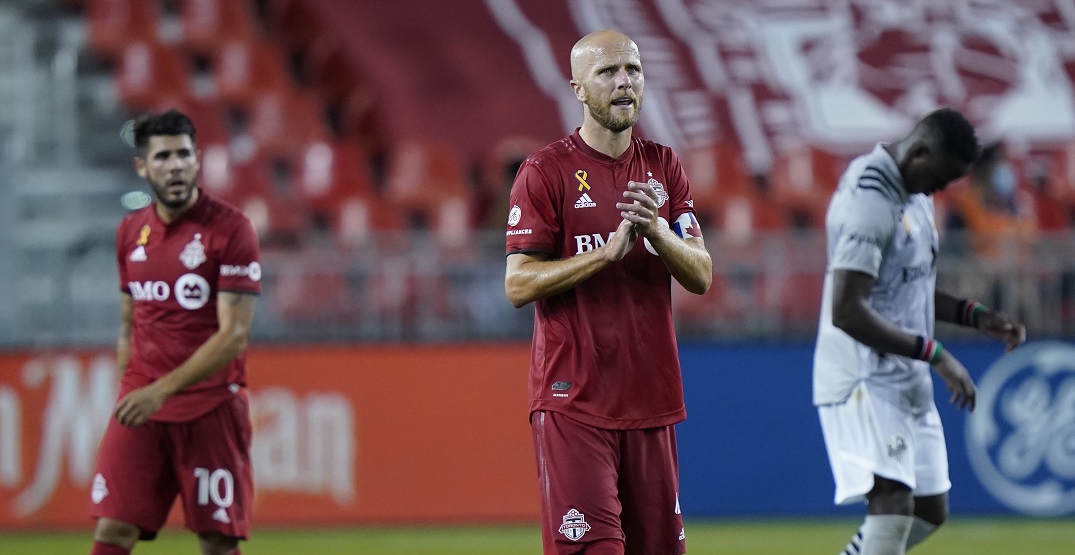 In a statement posted Wednesday by the team, it was announced that the team would be playing their first true home game of the season this Saturday, July 17, against Orlando City, SC.

“We know that our return home is the result of the hard work of many government and public health officials, as well as the efforts by everyone to follow health and safety protocols and protect our community, and we are grateful to everyone for their support,” said Bill Manning, President of Toronto FC in a statement.

Toronto FC fans have been clamouring for the team to return home in what has been a less than ideal season.

Toronto has won just two of 12 MLS games and is currently last in the Eastern Conference.

“The importance of this return home for our team can’t be overstated,” Manning added. “It has been a long, hard time on the road due to pandemic protocols, and we have greatly missed the energy and support of our fans at BMO Field. Our return to Canada gave the team an incredible boost this week, and we look forward to an emotional night at BMO Field with our fans on Saturday.”