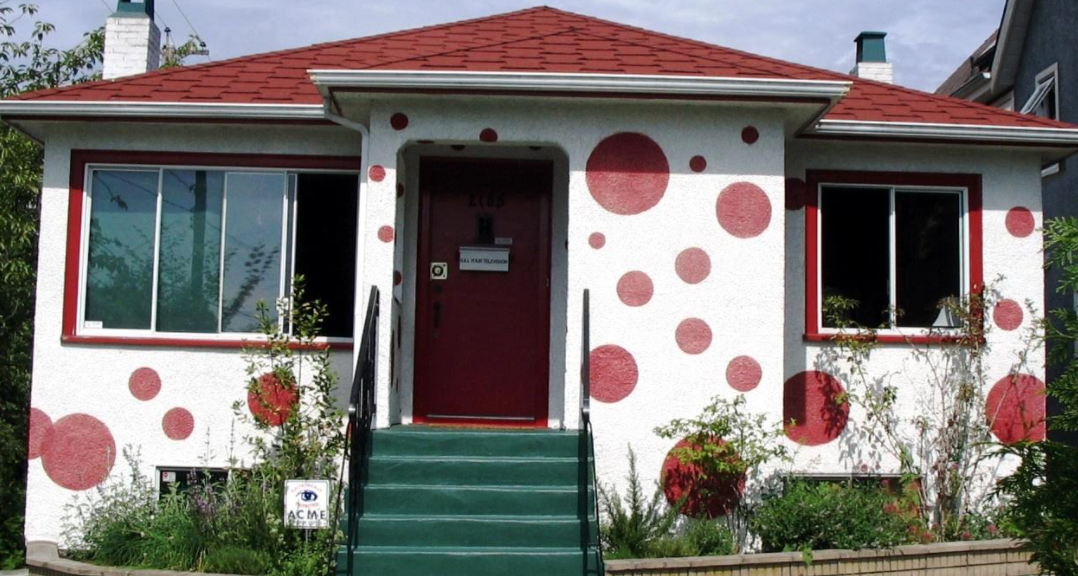 Several years ago, I heard about a white house with red polka dots on the corner of East Third Avenue and Lakewood Drive. It sounded fabulous, so I drove over to take a look.

I knocked on the door and was astounded to have Chuck Currie, who at the time was executive chef of White Spot restaurants, answer the door in his working whites. He was just like the celebrity chef he played in the television commercials.

Chuck, who has lived in the house since 1989, and first painted the polka dots with marine paint in 1992, says there’s no big story.

His friend John Cobourne was working for a painting company, and his boss went on holiday and came home to find that his crew had painted his house with purple polka dots. The owner wasn’t amused, but Chuck loved the idea and thought it was a great way to liven up his own neighbourhood. 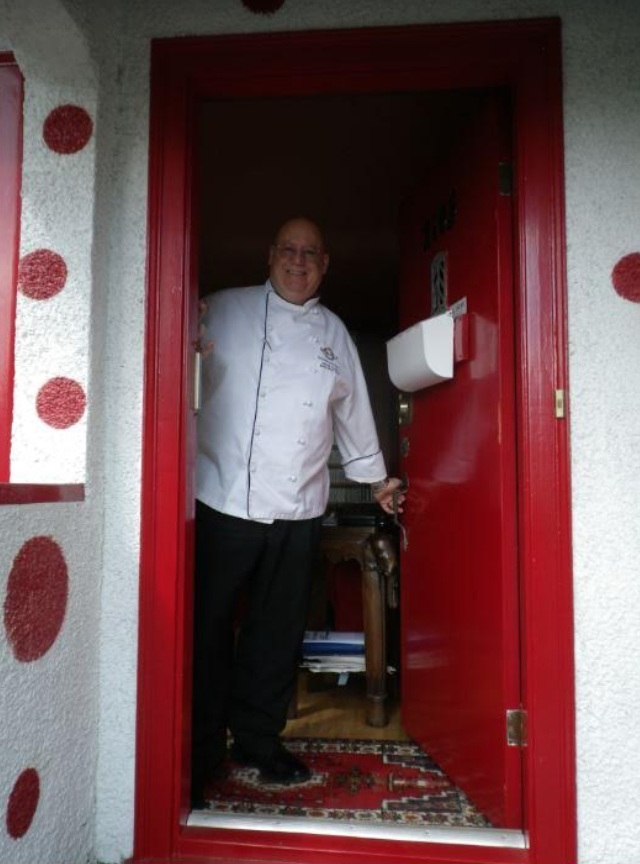 He’s never had a single complaint.

“I still remember the first car that stopped and gaped. It was a cool fall day and the windows were closed, but my friend John and I could clearly see the driver say ‘Holy shit!’”

I had a sax quartet rehearsal here that Sunday and one of the musicians said he had been talking to a friend in Toronto who asked him, ‘Say, have you heard about that polka-dot house in Vancouver?’ That was five days after we painted it!”

In the ensuing years, Chuck has heard it described as the house with measles, and two little girls from the neighbourhood thought it looked like a ladybug. Another benefit is the paint job seems to attract hummingbirds.

John Cobourne is now a top restorer of fine yachts on the West Coast, but he still returns to help Chuck repaint his house every few years.

Chef Chuck, who can rustle up a mean ravioli — he opened up the first Earls restaurant in 1982 — left White Spot in 2014, but he still lives in the house. He also plays and teaches saxophone and clarinet. He says the great thing about his house is that students find it easily.

And he’s always coming home to find anonymous gifts on his doorstep — bowls, juice pitchers, coffee mugs — all with polka dots, of course.