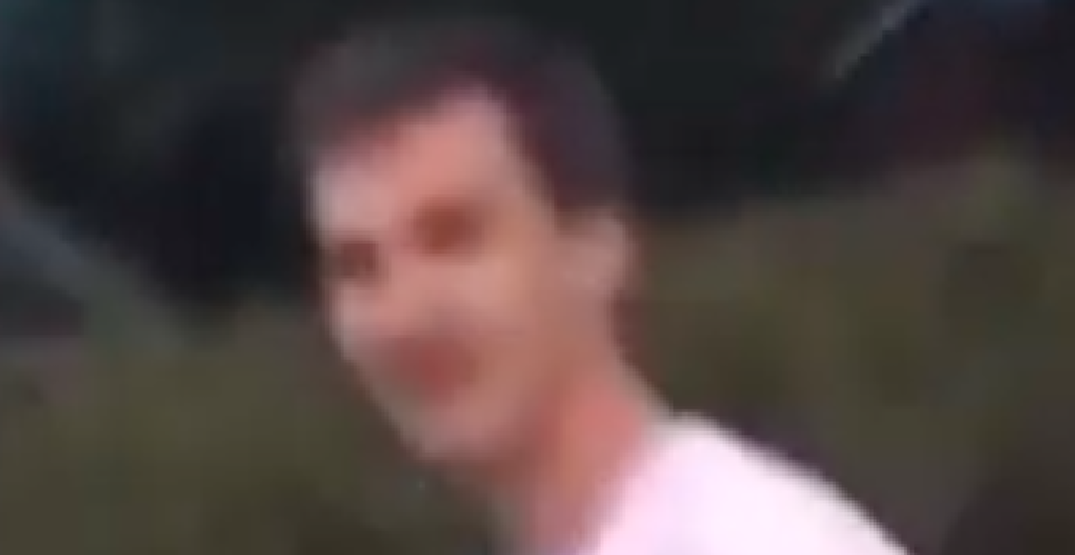 What started as a “dispute between neighbours” about safety on a local road in White Rock morphed into something much more serious, culminating in a racist rant caught on camera.

In an email to Daily Hive, Karn Cheema said the incident arose after a neighbour of his family’s drove a motorbike on a shared roadway in a manner that Cheema said his dad deemed to be unsafe.

“My dad was out for a walk and asked the neighbour to be more mindful due to safety concerns.”

This, he said, resulted in “a heated discussion.” Later that day, Cheema’s dad was in his company truck and saw the neighbours again, putting their bikes away.

“My dad slowed down his truck and rolled down his window to discuss the road safety issues and request our neighbour to be more careful in the future,” he said.

What happened next was captured on video:

The video has been shared across numerous social media platforms, and Cheema said his family has received “an overwhelming response” to it from the public, which he said shows that regardless of the reason for a dispute, “using racialized slurs, like ‘Paki’ is not acceptable.”

Cheema said it saddens him that the same words were used to discriminate against his father, who he noted immigrated from India over 30 years ago.

He added, however, that the “support we have received from our community and the overwhelming response to these actions, leads me to be hopeful that changes are coming.”

Cheema said he also understands that both parties involved have been impacted by this incident.

“This is a very trying time for many individuals that have seen this interaction online, as it has raised personal feelings associated with racism,” he said. “We are grateful to see the continued support from all members of the community, and people from many different backgrounds.”

However, “we are not in support of nor do we condone any acts of violence or threats that we understand have been made to the family of the other individual,” he added.

Cheema said that he and his family ask that members of the community not spread hate but allow the other family to use this opportunity for accountability, education, and change.

“Our family would like to use this opportunity as an educational experience for everyone,” he said.

“We are hopeful that everyone involved in this interaction has learned from this experience and can move forward proactively,” he furthered. “Having informed discussions about why individuals are still being attacked based on their race will enable us to move away from these problems.”

The man making the rant in the video was identified as Kayl Riddoch, who apologized for the incident in a statement, adding that he has learned a “long and hard lesson over these past days.”

“I would like to first and foremost express my sincere apologies to the Indian and Pakistani communities and any other person who was hurt for the comments I made,” he states. “I was confronted by a man in a B-Cheema roofing truck and reacted poorly out of anger and distress.”

Riddoch said the comments he made “were out of character and I acknowledge them to be inappropriate and hurtful, no matter what context they were said in. I can only speak for myself when I say I will never forget what I did and that I will feel shame and regret over this forever.”

In the days since the video was posted, Riddoch said he and his family have received phone calls, text messages, emails and social media messages that have varied from people “respectfully expressing their disgust with my remarks, to explicit threats to violently attack, sexually assault and murder myself and my family.”

His vehicle has also been vandalized, his family’s property threatened, and “we don’t feel safe in our own home.”

However, Riddoch said he’s not sharing this response in an attempt to garner pity, but rather so that people “can recognize my family and their company had no part to play in my comments and that blame only lies with myself.”

The incident “was between me and the man in the truck only and it is only one single incident, I have never met this man, there is no history,”said Riddoch. Obviously… it was a horrible experience.”

Riddoch said he “really wanted the opportunity to say these things to to the person in the video, and added that “multiple attempts” were made for mediation with the assistance of the RCMP. However, “the other party keeps cancelling. He’s refused to cooperate and does not want to move forward.”

In response, Cheema said “as far as an apology goes, my dad or my family doesn’t need one.”

He confirmed that Riddoch’s family has “reached out to us multiple times through the police, but every time an ‘apology’ was in works, it always came with negotiations – to either take down the post first, or let the public know they apologized – thats only when they would’ve apologized, after we agreed to their terms.”

Cheema said his dad “is still embarrassed about the things that were said to him, and he is still having a hard time dropping those names from his head, so if he does not want to meet with the Riddoch family for an apology, that is his right to do so. I understand they want to meet, but my dad does not want anything to do with them, he does not trust that he’ll be met with any humanly respect whatsoever, and he’s allowed to decline.”

The apology, he added, “isn’t only something that concerns us anymore, and that is why we don’t need one, an apology is just words, actions will solve the real issue.”