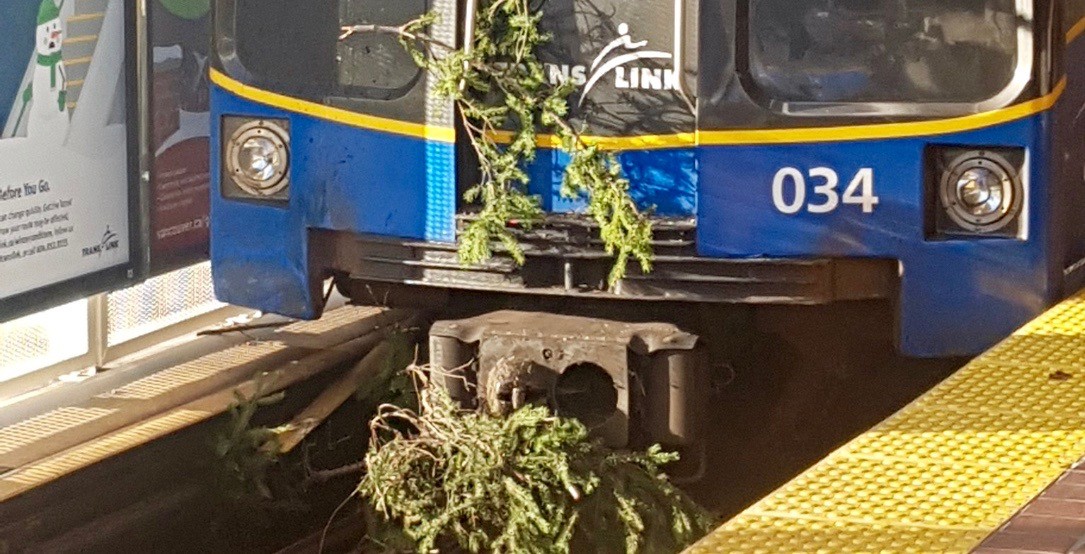 TransLink is experiencing another delay to report due to today’s high winds and falling debris.

The Expo Line is experiencing delays both westbound and eastbound. There is also a track issue at 29th Avenue station as a fallen tree has come in contact with the guideway.

#SkyTrain Expo Line is experiencing delays throughout the system due to track issues caused by fallen debris. Canada Line and M-Line unaffected. Updates to follow. ^LA

There is currently a system hold due to track intrusion alarm near 29th Stn. Attendants are on the track way clearing debris. ^MR

Y’ALL THIS TRAIN CAME INTO THE STATION SMOKING AND THE GLASS AND POLES BROKE AND SOMEONE WAS BLEEDING I’M SO SHOOK @TransLink pic.twitter.com/oR8ej0gZ4T

This is the delay: branch fell on the track and smashed the windshield pic.twitter.com/ixvKKZwb0J

The bus bridge is still in place between Sapperton and Braid stations as debris continues to be cleared in this area.

The Millennium and Canada Lines are not impacted.