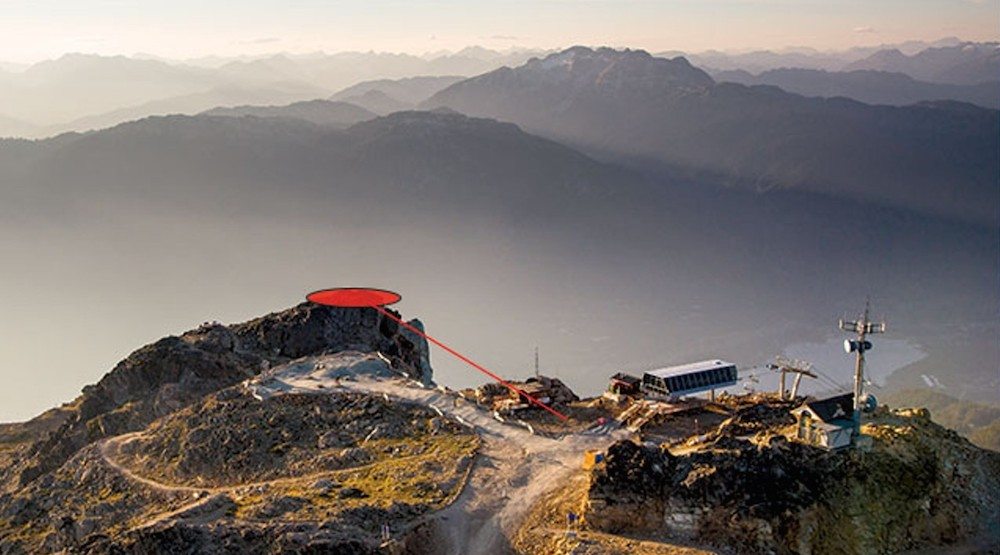 One of the larger pieces of Whistler Blackcomb’s ambitious multi-phase expansion plan could be open to the public in time for the upcoming winter season.

Construction will begin this summer on a 130m suspension bridge at the very peak of Whistler Mountain – an elevation of 7,156 ft above sea level.

The bridge will be about 30 m longer than the Sky Pilot Suspension Bridge atop the Sea to Sky Gondola attraction near Squamish, and will stand as one of the highest elevation suspension bridges in the world.

Additionally, as a part of the project, a large designated viewing platform on the western end of the bridge, aptly named the West Ridge View Point, will be perched on the edge of a cliff overlooking the valley.

“We are incredibly excited to break ground on the Peak Suspension Bridge and West Ridge Viewpoint project, which will enhance our guest experience and offer a unique way to experience the summit of Whistler Mountain,” reads a statement by Whistler Blackcomb to Daily Hive.

Both sightseeing attractions will be accessible from the Peak Express Chair or by the alpine hiking trail network during the summer months.

Part of the resort’s $345-million expansion

Whistler Blackcomb announced its ‘Renaissance’ revitalization and expansion plan with great fanfare in 2016 as part of its strategy to become a well-rounded attraction with more weather-independent experiences.

It effectively allows the resort to better compete with other BC ski resorts and new outdoor recreational attractions such as the Sea to Sky Gondola.

The $354-million plan will be implemented over three phases and includes major additions such as a 163,000 ft² indoor water park with a wave pool at the base of Blackcomb Mountain, a gravity-fed mountain roller coaster, a large night skiing area, a tree-top ropes course, 50 kms of additional downhill mountain biking trails, an indoor action sports training facility, a complete revitalization of Blackcomb’s Upper Village, and a new two-storey parking facility at Blackcomb’s Upper Base II.

The aforementioned suspension bridge and viewing platform are a part of this expansion plan, and two other components will also be completed in time for this summer season.

Blackcomb’s equivalent of the Grouse Grind – the ‘Blackcomb Ascent Trails’ – will be finished, linking two previously completed trails together. The hike begins from the valley floor and ends at the Rendezvous Lodge, which gives the amalgamated trail a distance of 17,000 ft over an elevation gain of 3,937 ft. The trail is fully open from July to September.

As well, some of the improved and expanded spaces at Whistler’s mid-mountain Roundhouse Lodge will open this summer.

Two new outdoor patios at Whistler Mountain’s Roundhouse Lodge will add a combined 555 seats to the facility in phased openings in July and August. As well, Whisky Jack’s Umbrella Bar within the lodge will open in the fall.