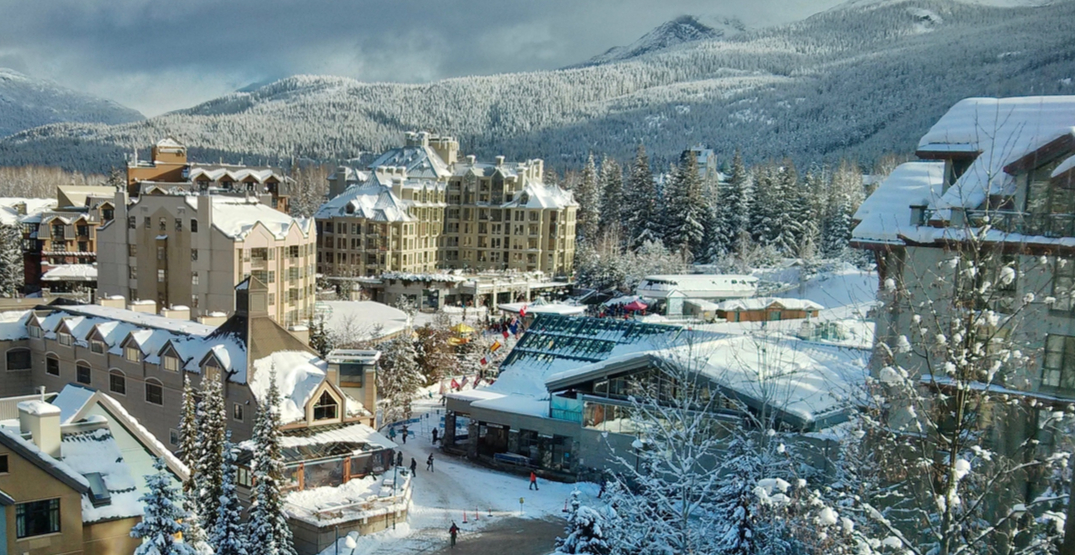 As COVID-19 cases continue to increase across British Columbia, Whistler’s mayor is calling on the province for a community-wide vaccination program.

Mayor Jack Crompton says that the municipality needs the province’s help. The request comes after increased transmission of the P.1 COVID-19 variant in Whistler as well as the recent closure of Whistler Blackcomb.

“Case counts in Whistler were escalating significantly enough last week to close Whistler’s economy for the season,” he told Daily Hive in a statement. “And we continue to see a high number of positive cases.”

The mayor’s request is that “the same urgency will extend to a community vaccination program in Whistler.”

Similar vaccination efforts have been seen in municipalities such as Prince Rupert, Tofino, and Revelstoke — but no such plan has been announced for Whistler at this time.

“We are a community of 13,000 workers that welcomes more than three million people a year,” Crompton added. “We need the province’s help to protect this community and stop the spread of COVID-19 here and around BC.”

Provincial Health Officer Dr. Bonnie Henry addressed the spread of COVID-19 variants on Tuesday afternoon, saying that there had been several different introductions of the P.1 variant in Vancouver Coastal Health (VCH).

Henry adds that there was a lot of transmission happening in Whistler as well, between workers and visitors. From there, it spread to other parts of the province.

“A high percentage of the P.1 variant that we’ve identified in our province through screening is associated with Whistler or travel to Whistler,” she stressed. “But it is still a small percentage of all the cases in Whistler overall.”

Whistler Blackcomb was shut down at the end of March as part of the provincial government’s three-week “circuit breaker” restrictions. Two days later, the ski resort announced that they would remain closed until May 21, when the summer season begins.

“While the Provincial Health Order caught us all by surprise, we fully support the Government’s direction and we’re doing our part to comply. At this time, we believe the best thing we can do to support the order is to begin winding down winter operations,” stated Geoff Buchheister, VP and COO of Whistler Blackcomb, in a statement.

With files from Kenneth Chan and Aurore Laborie