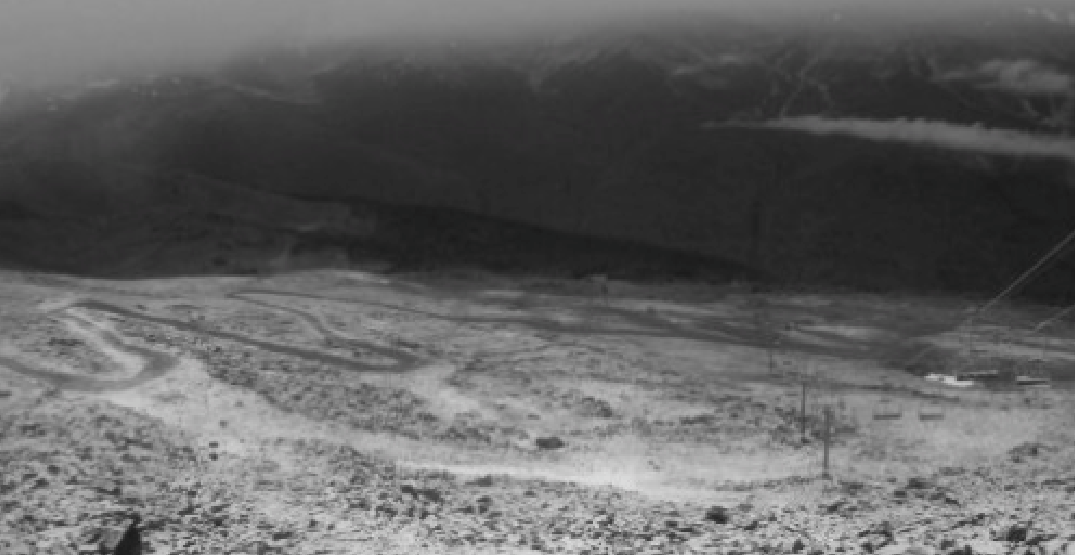 You knew it would happen sooner or later – but it’s fair to say that even we didn’t expect it would be this soon.

In the wake of the early winter weather wallop in BC’s more northern regions, it seems Old Man Winter decided to pay a visit (albeit a brief one) to a locale a little closer to home – specifically, Whistler Blackcomb.

Yes, in a webcam moment this morning, caught and shared by local Whistler radio station Mountain FM, a light dusting of the white stuff can clearly be seen from the 7th Heaven cam.

To be fair, the snow didn’t stick around for long, and by mid-afternoon, the terrain was all but snow-free once again.

However, it’s a solid sign of things to come for skiers and boarders.

And hey, it’s never too early to start doing the snow dance – even if it’s not officially autumn yet.