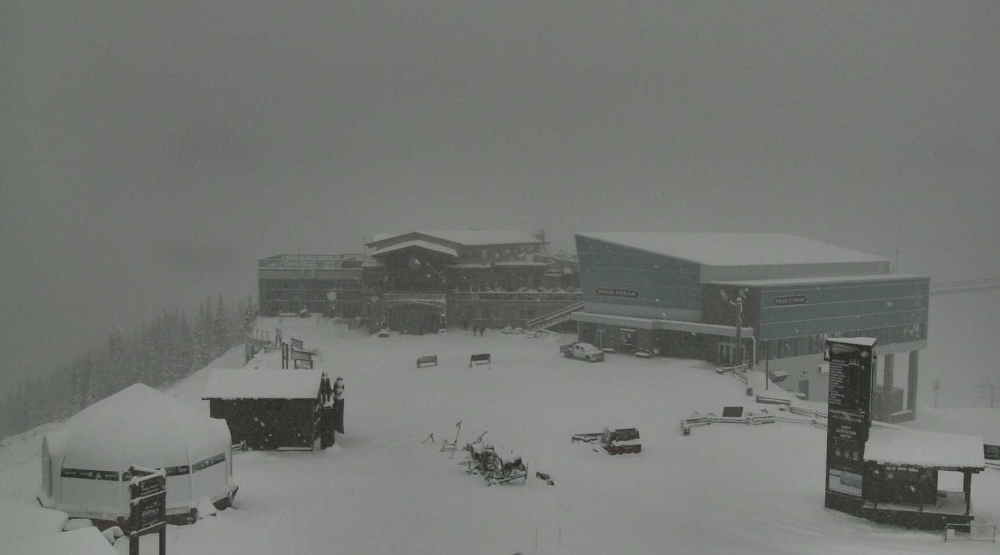 A dumping of white powder is in the forecast for Whistler Blackcomb on Saturday when a moisture-rich storm system interacts with a low freezing level.

As much as 46 cms of snow could fall on the upper elevations of both mountains on Saturday, according to the resort’s latest snow report forecast. This is the forecast for the resort’s Roundhouse and Rendezvous lodges at an elevation of 1,850 metres – above the freezing level of 1,800 metres.

This snowfall is in addition to the 16 cms of snow that fell last Thursday night.

More snow from the same storm system could also fall throughout much of Sunday. At this time, snow is not expected during the first two storms. The first storm will arrive between Wednesday night and Thursday morning and the second storm between Thursday night and Friday morning.

Heavy rain, not snow, is in the forecast for Metro Vancouver’s North Shore mountains. Winds could exceed 80 km/hr in over exposed coastal areas and inner coastal regions could see 100 mm of rainfall, with even higher amounts for the mountains.

Over 200 mm of rain could fall in the West and Inland areas of Vancouver Island.