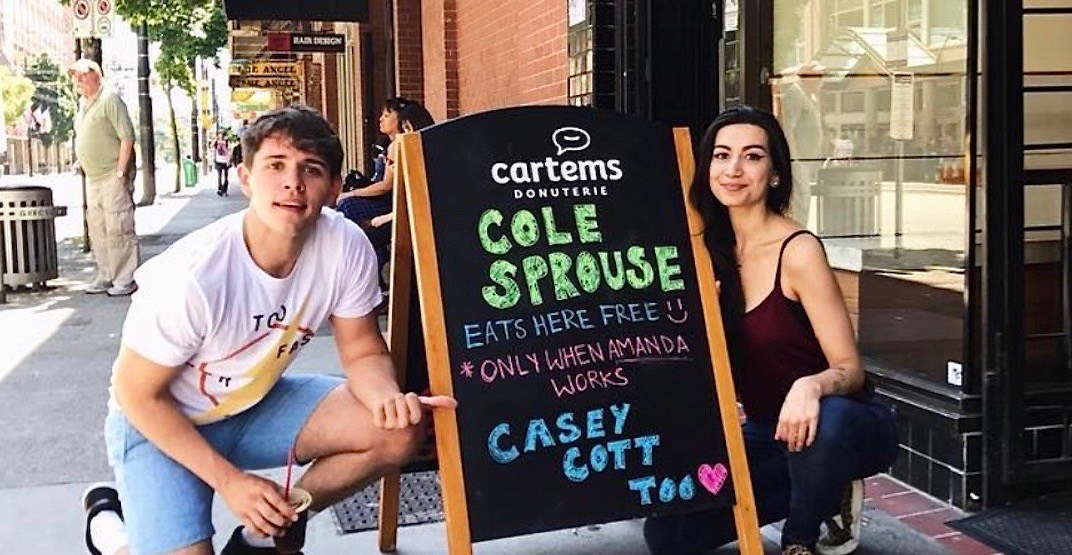 Vancouver, otherwise known as Hollywood North, is no stranger to celebrities popping in and out of its stellar spots. Whether they’re filming new projects or chilling out on vacation, there’s no denying this city is a total star hub.

There are tons of places nearby that are worthy of Hollywood royalty. Here are Vancouver restaurants that celebrities love.

Honey’s Doughnuts has been tantalizing celebrities with their house-made honey doughnuts for years and are now just as famous as the A-list celebrities that drop in to get their fix. Vancouver resident and Pretty Little Liars actress Shay Mitchell cannot get enough of them, but it’s Kate Winslet who lusts over these golden delights in North Vancouver. She was recently quoted saying “I pine for Honey’s Doughnuts in Deep Cove!”

Since its opening in 1986, Sutton Place Hotel has been the stomping ground for celebrities, so it comes as no surprise that the opulent Boulevard Kitchen & Oyster Bar continues to be frequented by major stars like Arnold Schwarzenegger and Courtney Love. 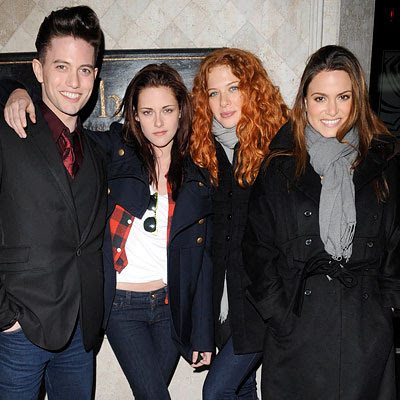 The cast of Twilight at Gotham Steakhouse (Photo: Twicrackaddict)

Gotham Steakhouse & Bar is one of the most bougie establishments in Vancouver and has hosted several big names including two of Hollywood’s biggest heartthrobs, George Clooney and The Rock. Various film casts and crews have also dined there such as the Twilight cast.

In the heart of Kistilano is Maenam, a Thai restaurant that is beloved by Vancouver resident and funny man Seth Rogen. Maenam remains on Seth’s must-try list and has even tweeted it as a recommendation to both Chrissy Teigen and Questlove.

Bao Bei’s neon sign casts a glow onto the streets of Chinatown, beckoning patrons to come inside and try their small plates of sumptuous Chinese food. Former Gossip Girl queen Blake Lively cannot get enough of their food and has even brought along her own mother to try it.

Cartems Donuts excels in all things donuts including gluten-free and vegan-friendly flavours. The Riverdale cast cannot get enough of Cartems and have been spotted on more than one occasion at this donuterie.

Considering it’s attached to the Rosewood Hotel Georgia, we’re not entirely surprised celebs love the Bel Cafe. We were, however, surprised to see Adam Sandler and his crew of funny guys hanging out front of the Georgia Street spot.

The super popular Cafe Medina is not just a favourite amongst locals but also happens to be a local haunt for Hollywood North. In the past, Owen Wilson and Constance Zimmer have been spotted and more recently the Riverdale cast and crew.

They put a sign out saying he eats for free, and he came. The Big Star team was surprised and overjoyed to see superstar Liam Neeson walk through the door of the New West shop.

When they are back in Reynolds’ old stomping ground (Vancouver), this A-list couple frequents Kitsilano and have been known to stop for a bite of brunch at Sophie’s Cosmic Cafe.

It seems like Riverdale’s Jughead, Cole Sprouse, may just be a Vancouverite at heart and enjoys having a simple healthy breakfast from Finch’s. You never know who you will run into next at this hidden gem in Gastown.

Forage continues to be at the forefront of sustainable cooking in Vancouver and it seems like Neil Patrick Harris’ husband, David Burtka, and son Gideon had a splendid brunch there. With the family living in Vancouver, we’ll definitely be seeing them more often.