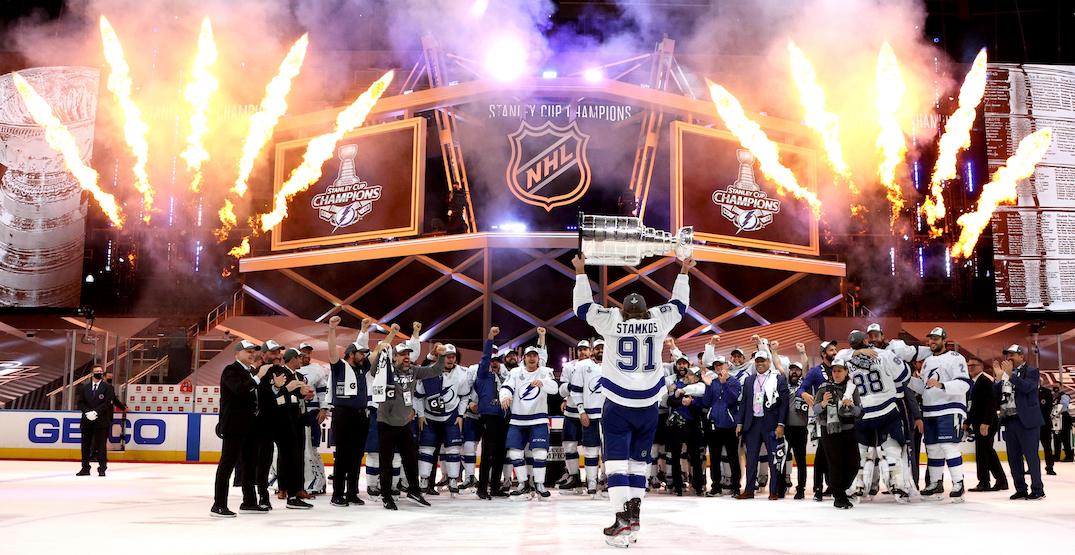 We’re officially into December, and still without a clear picture of when the next NHL season will begin.

It’s been more than two months since the Stanley Cup was handed out, to the Tampa Bay Lightning from the NHL bubble in Edmonton. At the NHL Draft on October 6, NHL Commissioner Gary Bettman stated that the league was “focused” on a January 1 start date.

But while the NBA, which finished its season nearly two weeks later than the NHL, is tipping off on December 22, the NHL has yet to set a date.

A report today from TSN’s Pierre LeBrun stated that the league still hopes to start in early January and that the target date hasn’t shifted. But that’s not convincing many people, not even LeBrun, who questioned the validity of it in the same tweet.

The NHL still hopes to drop the puck in early January, which is a month away. A league source said this morning the target date hasn't shifted and that talks with the NHLPA continue. But my own two cents, given the Covid numbers, is that season may be further delayed. We'll see.

“Despite what some people with the league may be saying, the idea of the NHL playing regular season games by Jan. 1st is not viable at this point,” Walsh said on Twitter today.

Clearly, Walsh isn’t alone in his skepticism that the league could follow such an ambitious timeline, and it’s easy to see why. In order to start a season, players need to travel to their home cities, with those entering Canada having to quarantine for 14 days. Teams will need to conduct training camps, and have exhibition games to get game-ready. And judging from what NHL insiders are saying (or not saying) at this point, nothing sounds imminent.

There are some #NHL players who have delayed plans to travel to their NHL city. Everything you hear and see from both the league and Players seems like we are destined for a 48 game season. Mid to late Jan or early Feb start.

Due to the closed border, an all-Canadian division seems like a virtual certainty. But how does the closed border affect the Vancouver Canucks, Calgary Flames, and Edmonton Oilers, who each have their AHL affiliates located in the United States? When an NHL team runs into injury trouble, it’s not feasible to wait 14 days for a replacement to arrive. And that’s just one of the logistical nightmares that the league is facing.

A much bigger problem the league has at this point concerns money. The NHL doesn’t have a lucrative television deal like the NBA, so the prospect of playing games without fans in buildings for an entire season can’t be enticing for a lot of owners.

Though the second wave of the pandemic has hit both Canada and the United States hard, there is the promise of a COVID-19 vaccine on the horizon. How that will affect the ability to host fans at games, or cross-border travel, is yet to be determined though.

What is clear is that the longer the NHL waits to play, the higher the chances that games can be played with paid attendance, likely still in a limited capacity.

The last time the NHL started a season late was during the 2012-13 lockout-shortened season. That year, teams played a 48-game season, which began on January 19 and wrapped up on June 24. That seems like an obvious baseline at this point, though the league could push the playoffs into July if necessary, so long as it wraps up before the Summer Olympics begin on July 23, as NBC is a rights-holder to both properties in the United States.

The league could also release its schedule in pieces, like what the NBA is planning to do, to buy time to see how a vaccine and other medical advancements affect things by spring.

And really, that’s the only viable strategy right now: wait and hope.