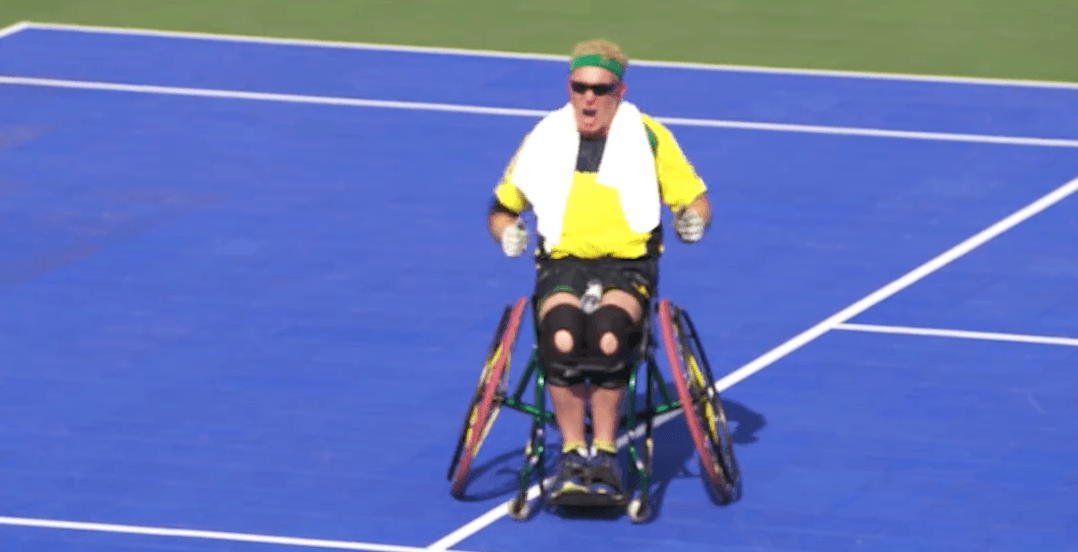 In case you missed it, Nathan Phillips Square was turned into a tennis court over the weekend for the Invictus Games.

The Square is playing host to wheelchair tennis during the one-week sporting event in the city. On Monday, Prince Harry made his first public appearance with girlfriend Meghan Markle to watch wheelchair tennis… and then this happened.

Ok, so it’s actually unclear if the Prince was in attendance for this, but we’d like to think Australian athlete Daniel Jeffery was excited to see the new royal couple. Or maybe he just really loves Toronto.

Invictus Games’ social accounts shared this heartwarming video, showing Jeffery dancing to AC/DC’s “You Shook Me All Night Long,” even using his towel as an air guitar.

“If the Invictus Games awarded medals for dancing, this Aussie Wheelchair Tennis competitor would surely lead the pack,” said the Games.

Check out Jeffery’s dance below.