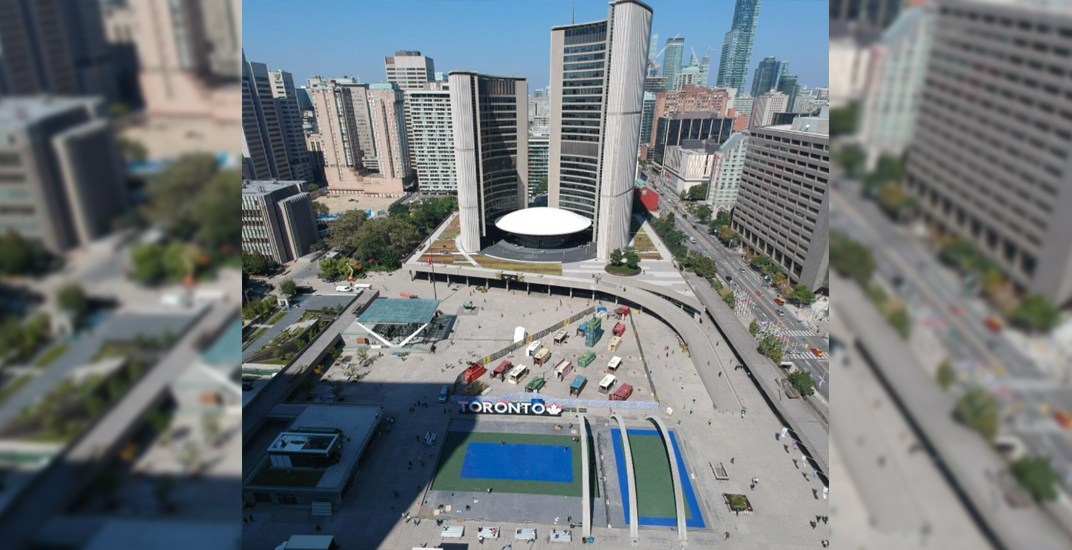 The Invictus Games are coming to Toronto this weekend!

And while we’ve already put together a list of things you need to know about the games, one thing we didn’t know until is that the wheelchair tennis matches will be played on two courts at Nathan Phillips Square.

Which means our city’s most famous pond is currently being turned into a tennis court:

The wheelchair tennis matches will take place this Saturday, Sunday, and Monday in the centre of the city, and all are free to watch.

As far as rules or differences between tennis and wheelchair tennis, the Invictus Games website describes the sport as such:

Wheelchair tennis is a challenging sport very similar to tennis, except competitors use a wheelchair to travel around the court. At the Invictus Games, wheelchair tennis is played in doubles format. The court and rules of wheelchair tennis remain the same as the stand up version, however, players may allow the ball to bounce twice on their side of the net before returning it to their opponents’ side.

So head down to City Hall this weekend and catch some action!