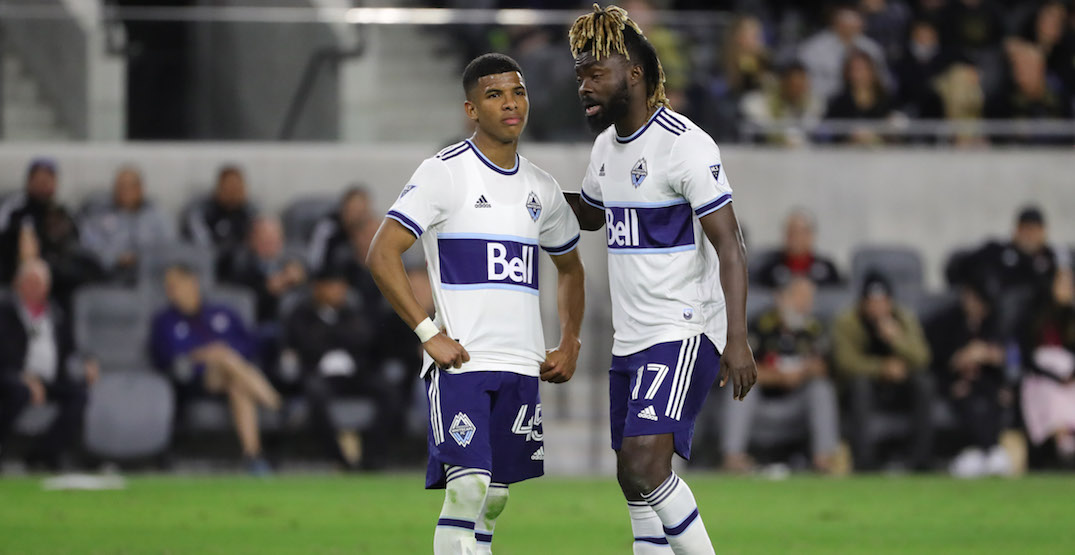 After the Whitecaps’ push to the playoffs last season, there was optimism that Vancouver could be a serious contender this year.

Early returns have been less than ideal, with Vancouver off to a 0-3-1 start.

A number of factors have led to the Whitecaps earning one of a possible 12 points after the first month of action. Lack of scoring, inconsistent defence, tactics, and a rash of injuries have all contributed to the Whitecaps sitting tied for last in the Western Conference.

While there is cause for concern, veteran defender Jake Nerwinski isn’t hitting the panic button yet.

The Whitecaps didn’t have a good start to last season, but overcame challenges to qualify for the 2021 MLS playoffs — but Nerwinski admitted that’s a dangerous recipe to try to repeat.

After Vanni Sartini took over as head coach in August, Vancouver went on a 7-2-5 run to qualify for the playoffs. The Whitecaps scored 23 goals, with the duo of Ryan Gauld and Brian White combined for 12 goals and 11 assists.

Due to injuries they’ve spent all of 26 minutes on the pitch together this season.

As a result of not having the Whitecaps’ top offensive players fully fit, Vancouver has sunk to the bottom of MLS in goals-scored with two. They’re also last with shots on target with five.

Lucas Cavallini has been a bright spot early in the campaign, but the Whitecaps desperately need Gauld and White healthy and back on the pitch generating offence.

“What Brian and Ryan did last year was amazing and we need them as part of the team,” Florian Jungwirth told Daily Hive. “We shouldn’t rely on players, if the effort is there, then there should be a different outcome no matter who is on the field.”

Thomas Hasal has shown that he is up to the task of replacing Max Crepeau in net, but thus far, the Saskatoon native isn’t getting a lot of help in front of him.

Whether it’s been off a corner, a turnover in the midfield, or having an opposing player dance around multiple Whitecaps, the defence has underperformed.

The rotating back three of Nerwinski, Ranko Veselinovic, Tristan Blackmon, and Jungwirth isn’t getting quality support from the wing backs and midfield. When the opposition attacks, the defence has been outnumbered and overwhelmed. Players haven’t always tracked back defensively and opponents have had too much time and space to create.

Vancouver has surrendered nine goals, tied for last in the West.

“Personally we need to defend better as a collective,” Nerwinski explained. “Sometimes there’s breakdowns in all three lines. I think we need to work on our press a bit more. Last year we were pretty aggressive and I think that really helped us win balls in the final third to get more goals and opportunities. We need to continue to do that better.”

Getting injured players back

While Gauld has fully recovered from a mild concussion he picked up against the LA Galaxy in the preseason, he picked up an abductor strain against Houston and missed the Whitecaps’ last match.

White had his foot stepped on during practice leading up to the season opener. The Whitecaps leading goal-scorer from a season ago has made one appearance this season.

Gauld and White are both hoping to ramp up activity this week so they can play at home on Saturday.

“Hopefully it all goes to plan and I’ll be able to be involved,” Gauld said. “It’s the kind of thing where I don’t want to push it, come back too early, and make it worse for the rest of the season and have it be a continuous problem.”

Captain, Russell Teibert left the last match with a knock. Erik Godoy has yet to play this season as he deals with calf tightness. Caio Alexandre is working his way back to match fitness after breaking his foot last August.

The 23-year-old midfielder is hoping to make his season debut during the Whitecaps’ upcoming two-game homestand. Several other Whitecaps have also had knocks.

Whether it’s offence, defence, or injuries, the Whitecaps have had a rough start to the season, but there is plenty of runway left in the season to find consistent form. Vancouver will look to earn their first win of the season on Saturday at BC Place when they host a Sporting Kansas City team that eliminated Vancouver from the 2021 playoffs.