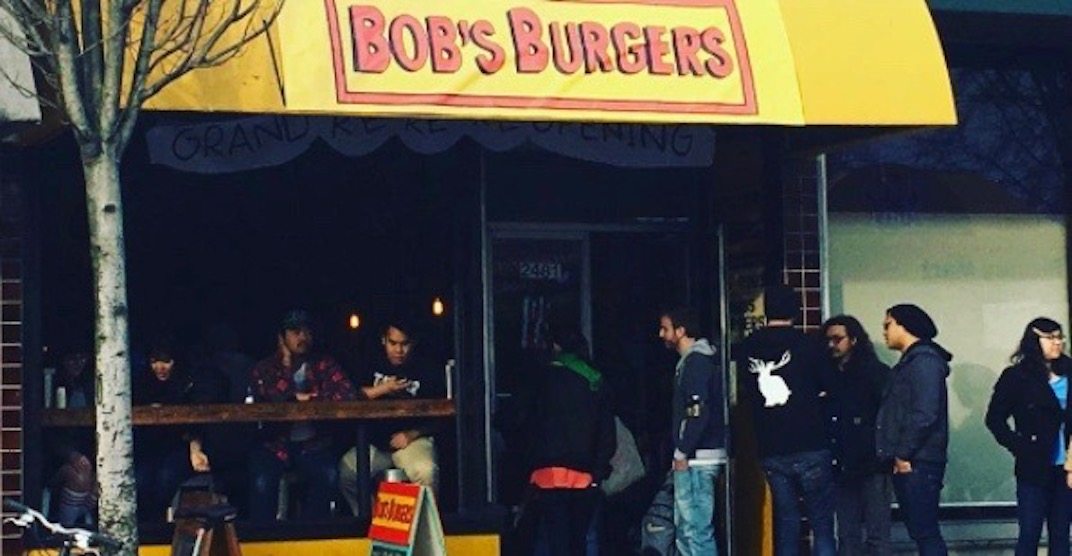 What’s Up? HotDog! in East Vancouver is transforming into the Bob’s Burgers restaurant for the third year in a row to celebrate Halloween with patrons.

The Fox TV cartoon series is a cult favourite, so What’s Up? HotDog is gearing up for an even bigger event than last year.

And that’s saying something, because writers from Bob’s Burgers actually turned up to the festivities in 2016.

Sponsored by Pabst Blue Ribbon beer, this event will be running daily from 11 am ’til late for four days – Saturday, October 28 to Tuesday, October 31.

The takeover will feature all the Bob-themed dishes from last year’s special menu, along with brand new creations, surely all named after our favourite cartoon burger shop.

As always, there will be a costume contest. Winners this year will receive a set of vinyl records (value $70 US) as well as some other bonus items.

The regular menu will not be offered during these four days, and vegan wing night is also not going down that week.