The change was reflected on Elections Canada’s website Thursday evening. 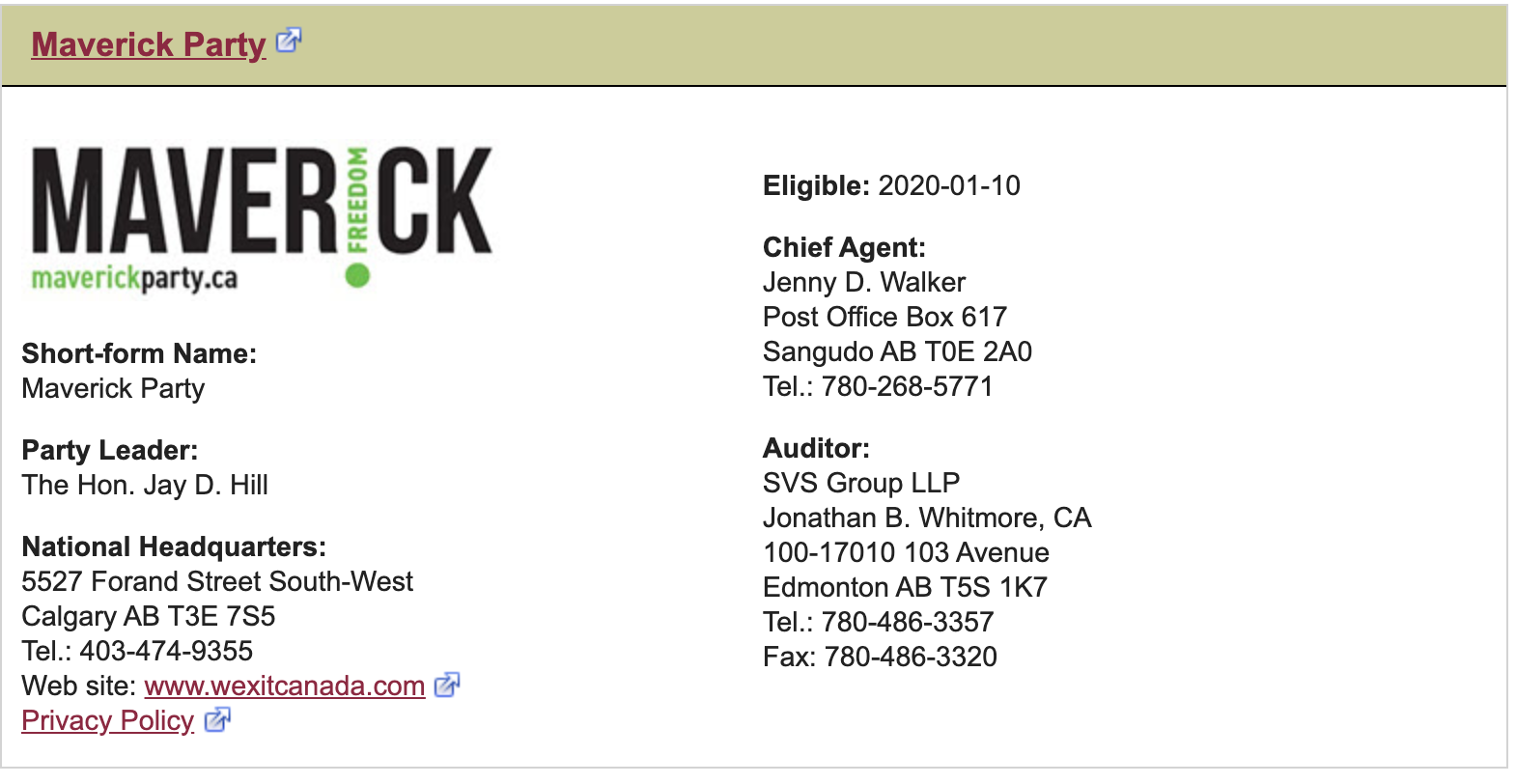 The word refers to a person who’s unpredictable or independent-minded, and many know the term from the nickname for Tom Cruise’s pilot character in Top Gun.

At time of writing, the party’s website was still active on the domain WexitCanada.com.

The newly formed federal party, which currently holds no seats in the House of Commons, pushes the interests of primarily right-wing Alberta residents. It’s headed by Jay Hill, a former MP for Prince George—Peace River in BC.

Its former name, Wexit, alluded to the possibility that Alberta could separate from the rest of Canada to become its own nation (possibly bringing other Western Canadian provinces with it).

Separatist sentiment grew after the 2019 federal election when Alberta and Saskatchewan voters elected zero Liberal MPs although that party went on to form government after winning a majority of seats in the rest of the country.

Although referred to as Western separatism, there’s not widespread support for the idea in British Columbia which is Canada’s westernmost province.