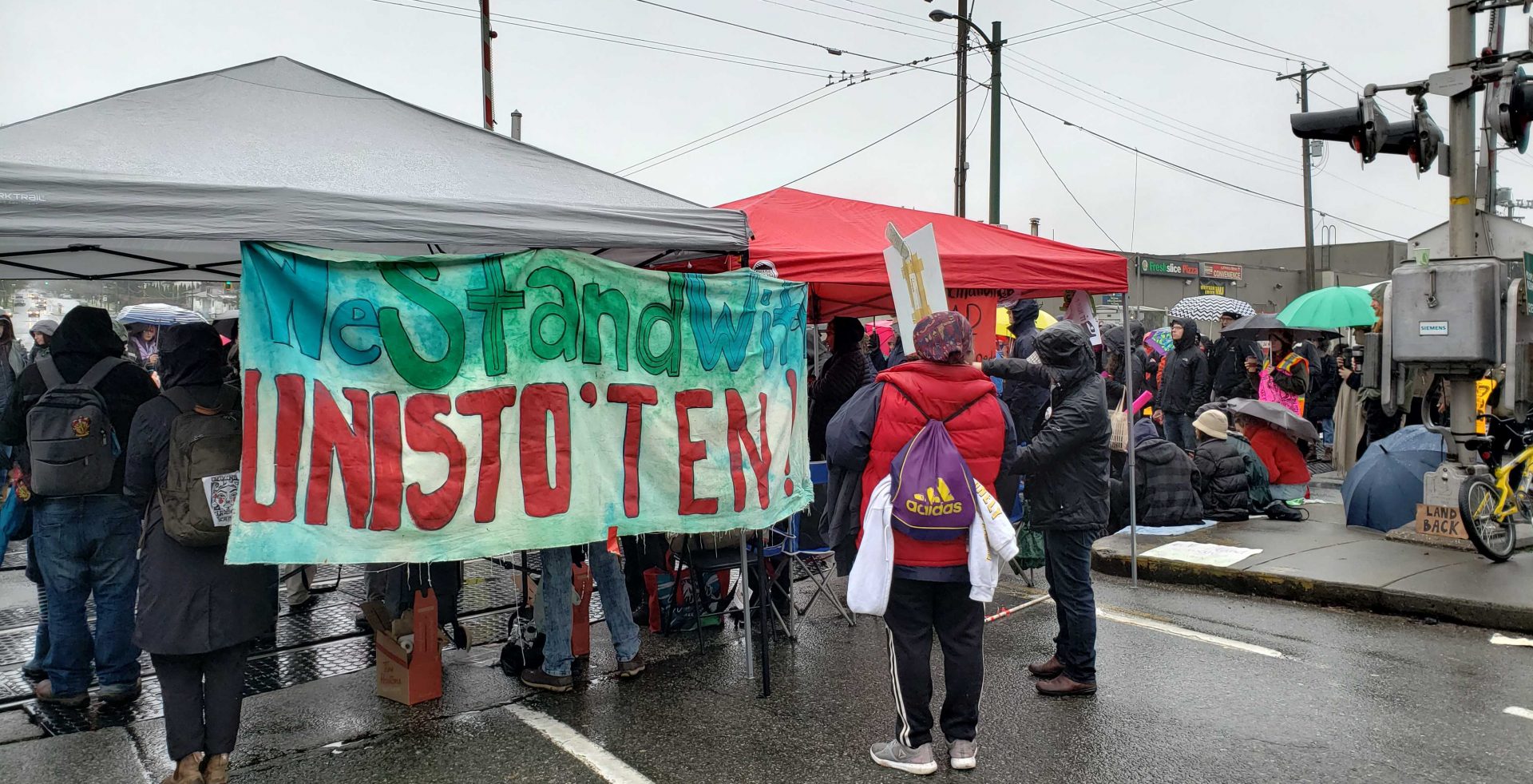 Wet’suwet’en solidarity demonstrations continued in Vancouver Saturday, with a group of protesters blocking a set of train tracks in East Vancouver.

The demonstrators gathered near Renfrew Station carrying banners supporting the Wet’suwet’en hereditary chiefs who are fighting the Coastal GasLink pipeline in Northern BC. 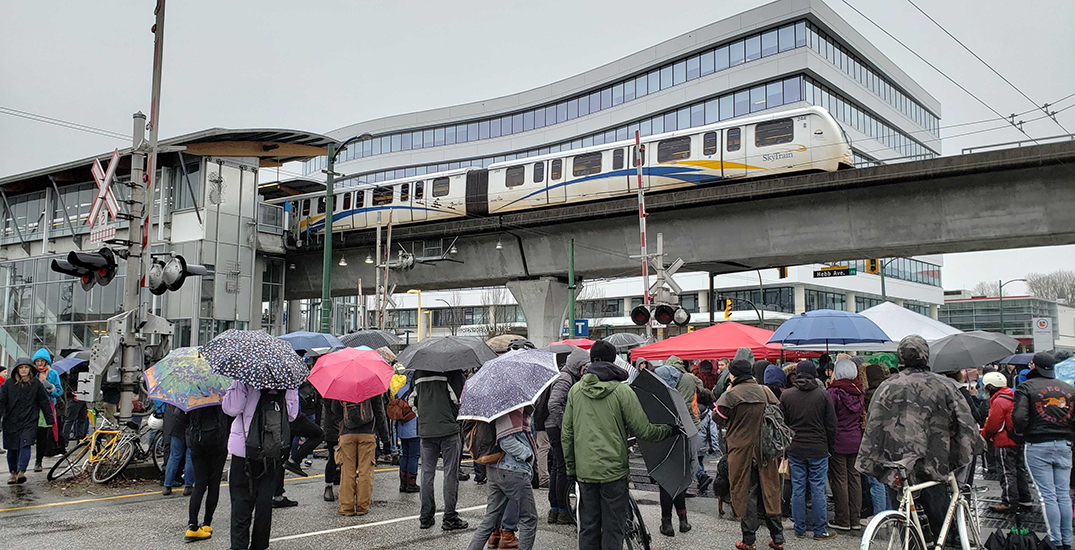 The $6.6-billion pipeline would cross Wet’suwet’en traditional territory on its way to port in Kitimat, BC. Although all elected Indigenous leaders along the pipeline route have signed on, some hereditary Wet’suwet’en chiefs say they do not consent to the pipeline, and have been re-occupying their territory along its route to stop construction.

At least one Amtrak train to Vancouver has been impacted by Saturday’s demonstration. There will be buses instead, according to Amtrak.

Amtrak Cascades Train 516 will return to Bellingham (BEL) where it will terminate. Buses will be provided to Vancouver (VAC).

Demonstrators have blocked roads and railways across the country ever since Mounties began arresting the Wet’suwet’en land defenders in northern BC last week while enforcing an injunction on behalf of Coastal GasLink.