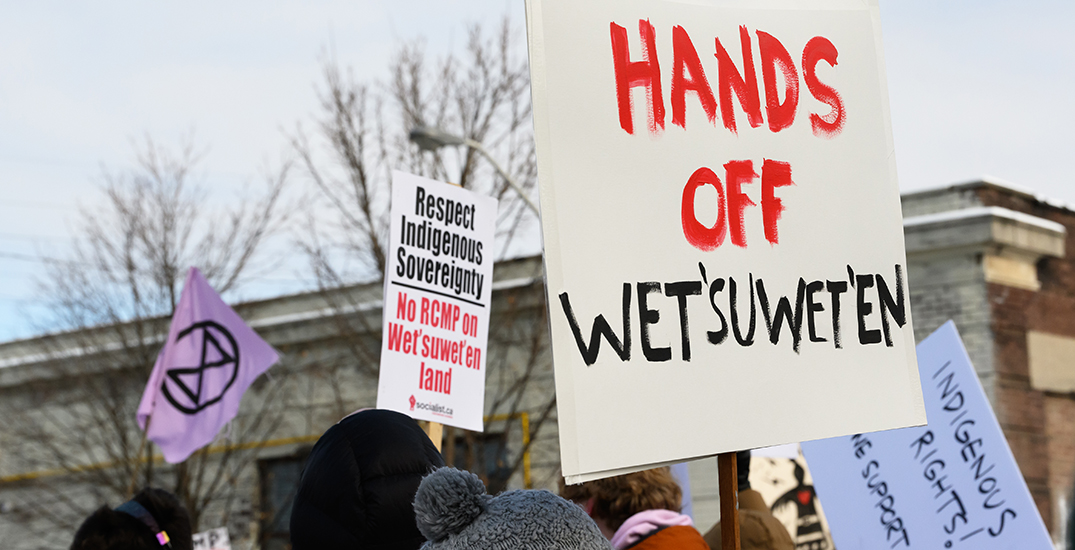 Mounties may relocate their operations centre from a remote area of Wet’suwet’en territory to a nearby northern BC town if hereditary chiefs opposed to a natural gas pipeline agree to keep the construction route clear.

The force previously indicated it would “reassess” its presence in the nation’s northern BC territory, and on Friday clarified that officers would move to Houston, BC, if an agreement is reached.

“The RCMP recognizes the importance for this crisis to be de-escalated both across the country and in the Wet’suwet’en traditional territory,” Dawn Roberts with the BC RCMP said in the release.

“Therefore, the RCMP will alter the operational posture as proposed to the hereditary chiefs.”

Withdrawal of the C-ISO would depend on Wet’suwet’en hereditary chiefs opposed to Coastal GasLink’s pipeline getting out of the way of construction, the release said. It’s not clear if those terms would be acceptable to the leaders as well as their allies, who call themselves land defenders.

“The RCMP understands that not all Wet’suwet’en hereditary chiefs are available for discussion, however, in anticipation of this meeting, planning has been set in motion to transition operations from the C-ISO to the Houston Detachment,” Roberts said.

In the meantime, officers are still set up near the land defender camps. Earlier this month, Mounties arrested about 30 land defenders while enforcing a court injunction on behalf of Coastal GasLink.

As land defenders from the Wet’suwet’en Gidimt’en clan pointed out on Twitter, the town of Houston, BC is still considered within Wet’suwet’en traditional territory.

Having RCMP stand down in Wet’suwet’en territory has been a key demand of the hereditary chiefs and their supporters who have organized protests across the country.

On Friday, some Wet’suwet’en hereditary chiefs visited Mohawk rail blockades in Ontario, thanking them for standing up in solidarity with that they’re doing in northern BC.