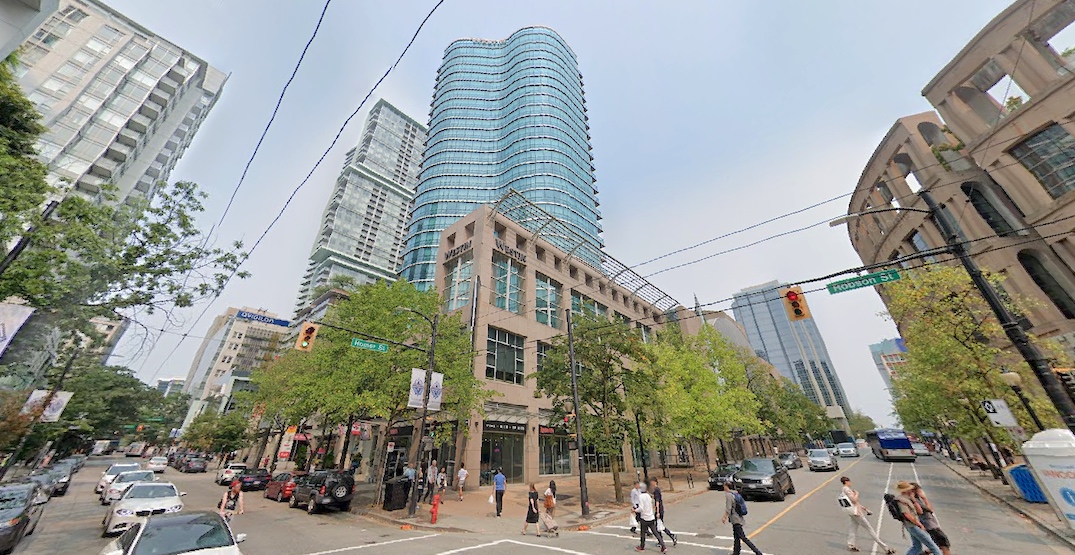 The Westin Grand Vancouver Hotel in downtown will be rebranded early next year as a property under the Hilton chain.

The hotel is located at 433 Robson Street — the northwest corner of the intersection of Robson Street and Homer Street, just across the street from Vancouver Public Library’s Central Branch.

Pradeep Puri, the general manager of the hotel, told Daily Hive Urbanized it will be converted into a Hilton at midnight on January 5, 2021. Their franchise contract with Marriott to use the Westin Grand brand expires next month.

A spokesperson for Hilton Worldwide in Virginia also stated the property’s name will be “Hilton Vancouver Downtown.”

“We look forward to the property joining the Hilton portfolio and offering guests and Hilton Honors members another option when booking their travels to the Vancouver area,” said the spokesperson.

They were unable to comment on any specific plans for renovations at this time. 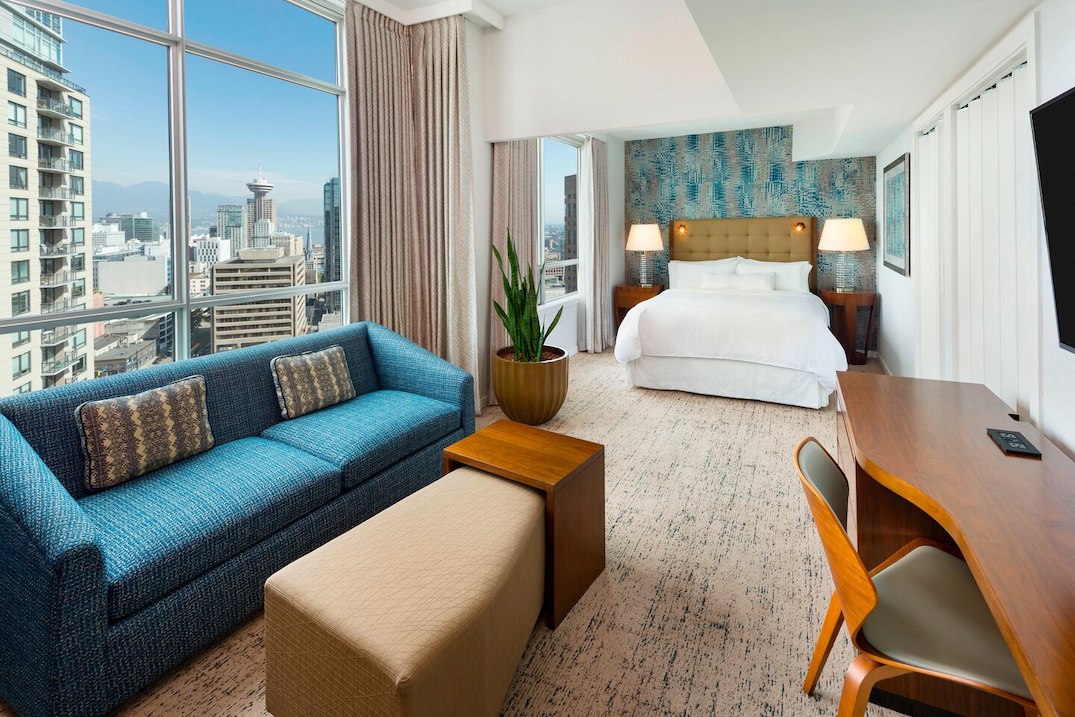 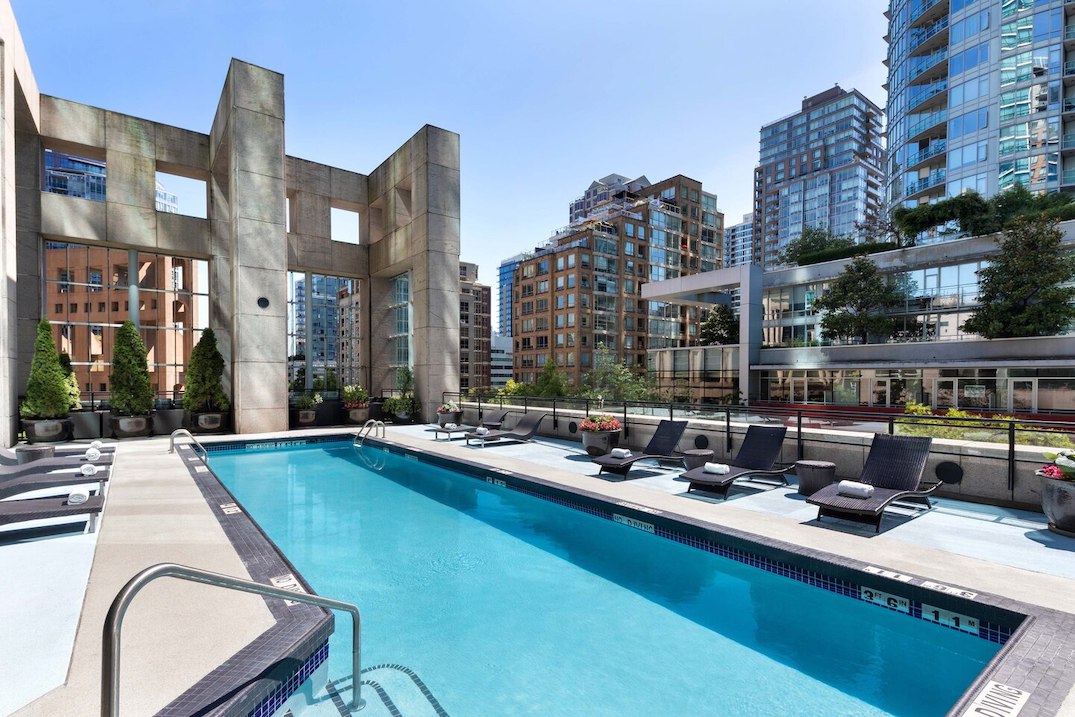 The 31-storey hotel tower was completed in 1999. It was developed by Cressey Development and Trilogy Pacific Investments, and designed by Bruno Freschi Architects and Lawrence Doyle Young & Wright Architects.

The hotel includes 207 guest rooms, and a year-round outdoor pool on a lower rooftop next to the fitness gym.

In 2015, Pacific Reach Properties acquired the Westin Grand Vancouver, and over the following years they subsequently acquired the Rosewood Hotel Georgia and the Comfort Inn & Suites Downtown Vancouver, which has since been renovated and rebranded into the Hotel Belmont Vancouver.