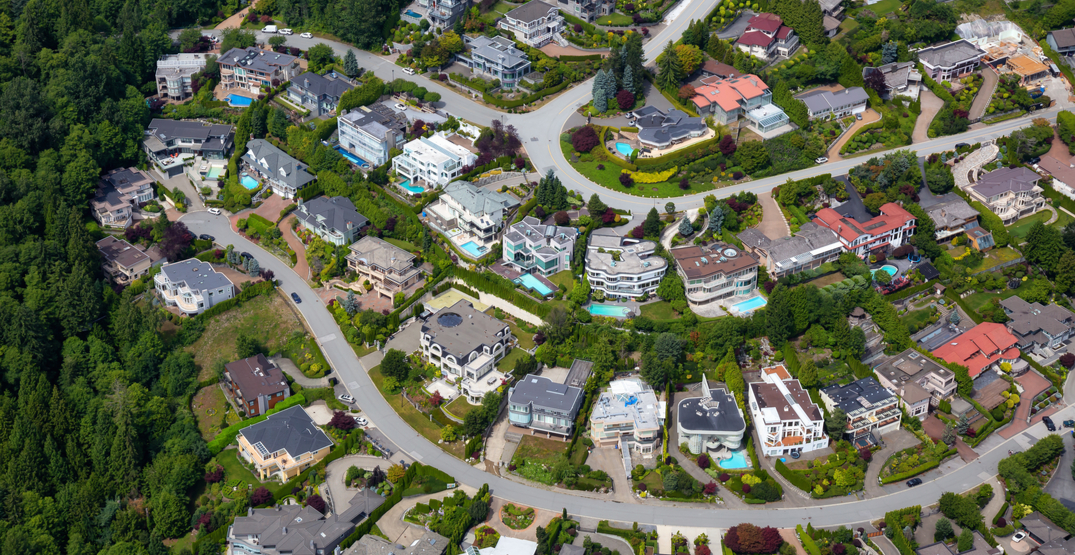 An aerial view of the British Properties in West Vancouver (Shutterstock)

Mayor Mary-Ann Booth is continuing to push for West Vancouver to have its own housing vacancy tax.

A memorandum issued by Mayor Booth to council says that the District of West Vancouver will submit a proposed resolution to the Lower Mainland Local Government Association at an annual general meeting taking place in May.

Booth writes in the memo that West Vancouver is experiencing a housing crisis caused by “money laundering, speculation, and foreign investment.”

“This has hollowed out the community and created stratospheric housing prices that are out of sync with local incomes,” she writes.

“West Vancouver is really ‘ground zero’ of the problem, given the 1,700 multimillion-dollar empty homes.”

The memo argues that the empty homes negatively affect local businesses and neighbourhood character, and that they are “targets for break-and-enters.”

Booth says that West Vancouver has a rental vacancy rate of 1.2%. When British Columbia collected $58 million under the Speculation and Vacancy Tax program in 2018, $6.6 million was collected from homeowners in West Vancouver.

She also argues that the province has given the City of Vancouver the power to impose its own vacancy tax, providing Vancouver with approximately $40 million in additional revenue.