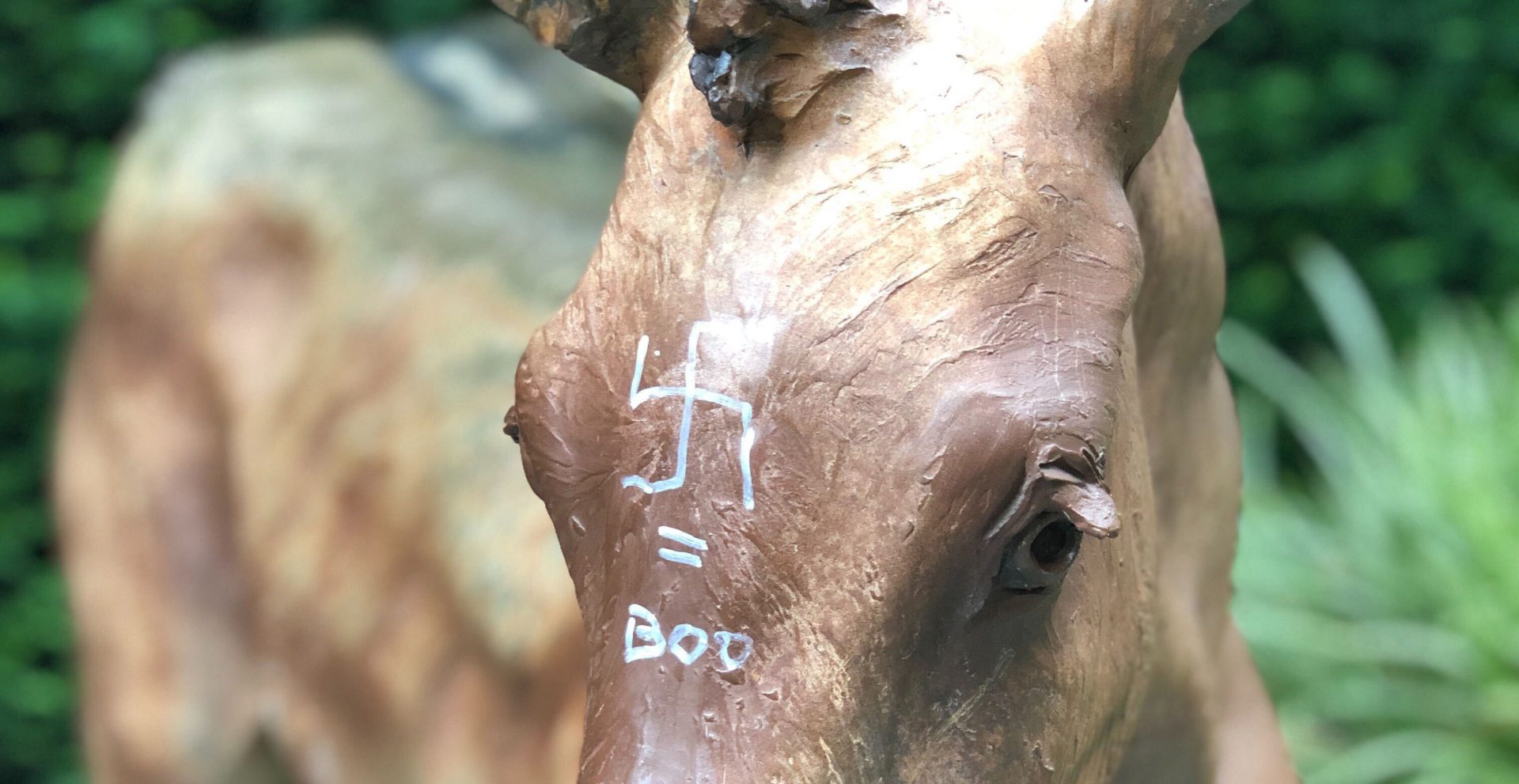 A local family discovered Saturday that a horse sculpture in Vancouver’s West End has been defaced with a swastika.

Someone drew the symbol of hate on the foal’s forehead, and the word “boo” underneath. It’s unclear what the word means, but the four-armed insignia used by Hitler in Nazi Germany is a well-established anti-Jewish symbol. 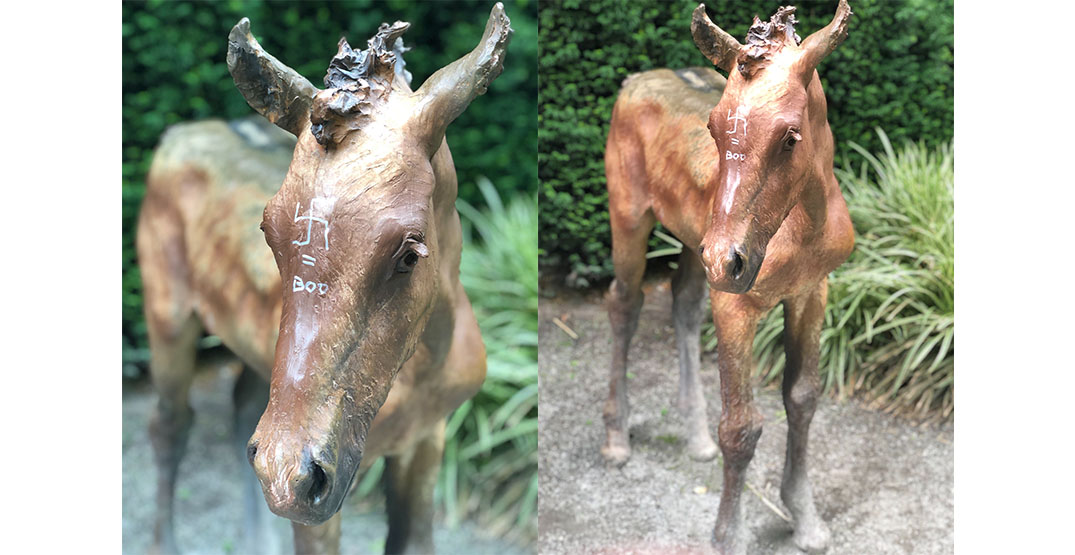 The sculpture of a horse and foal is in the Marina Square park along Bayshore Drive. It’s not clear when the person drew the swastika. 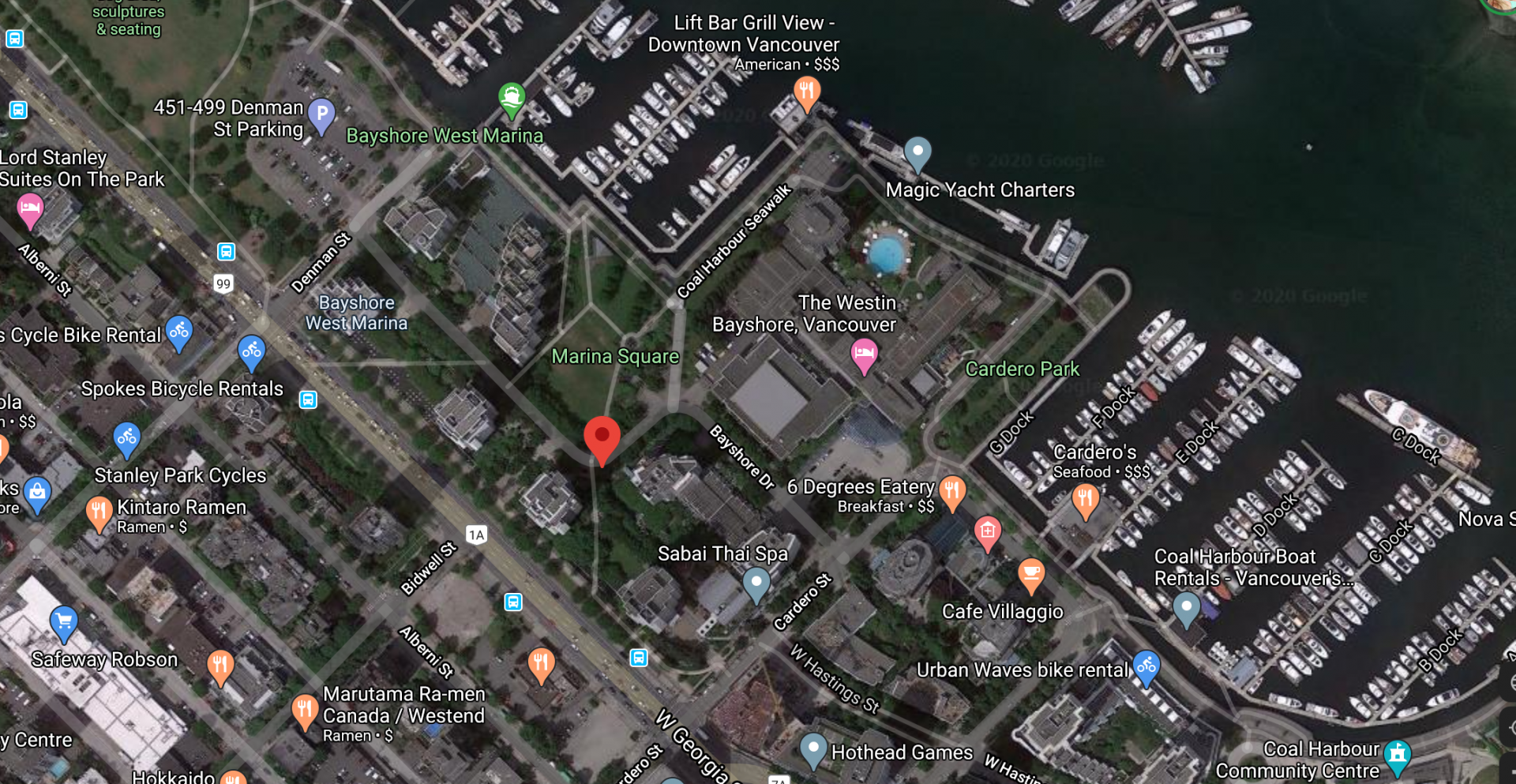 The family shared photos with Daily Hive, but asked to remain anonymous. They confided their young child was upset to find his favourite public art piece displaying the hateful message.

Daily Hive has reached out to the Vancouver Police Department to ask if they’re investigating. The police have not yet responded.

Daily Hive has also reached out to the Greater Vancouver Jewish Foundation for comment.