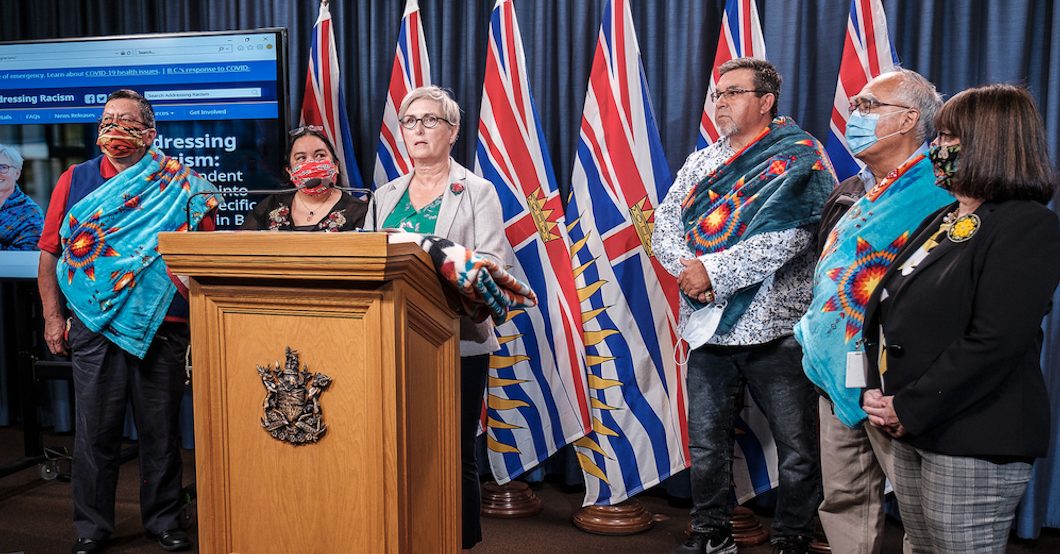 A BC independent investigator who’s looking into allegations that hospital staff played a racist game guessing the blood alcohol level of Indigenous patients is asking for First Nations, Metis, and Inuk individuals to share their experiences with racism in healthcare.

Mary Ellen Turpel-Lafond announced Thursday that she’s launching a survey and a telephone hotline to accept stories from Indigenous people across BC. People who share will be able to connect with mental health supports after, she confirmed.

Turpel-Lafond practises as senior associate counsel at Woodward and Company and is a member of Saskatchewan’s Muskeg Lake Cree Nation.

She added stories thus far have indicated that Indigenous people who seek urgent care in BC are often assumed to be under the influence of alcohol or drugs by healthcare professionals.

“Interactions between Indigenous people seeking care sees their health care needs framed first through a lens of ‘are you addicted? Are you under the influence?’,” she said, adding that view relies on harmful stereotypes.

The overarching goal of the investigation is to improve Indigenous people’s experience when accessing healthcare, she said.

She was clear that Indigenous people and healthcare staff who come forward will be protected from negative repercussions.

“Now is the time to speak. Please contact me,” she said.

She added the investigation is not about blaming and shaming, but rather about systemic change.

BC’s Health Minister Adrian Dix first let the public know about the alleged racist game on June 19. He said the allegations could involve one or more hospital emergency rooms in the province.

“This conduct is beyond unacceptable,” he said at the time.

The investigator added that they’re dealing with two types of racism: individuals who feel comfortable playing the game, and a system that fails to stop their behaviour.

“When it comes to anti-Indigenous racism, there are not bystanders to that,” she said. “Indigenous people need allies. Not bystanders.”