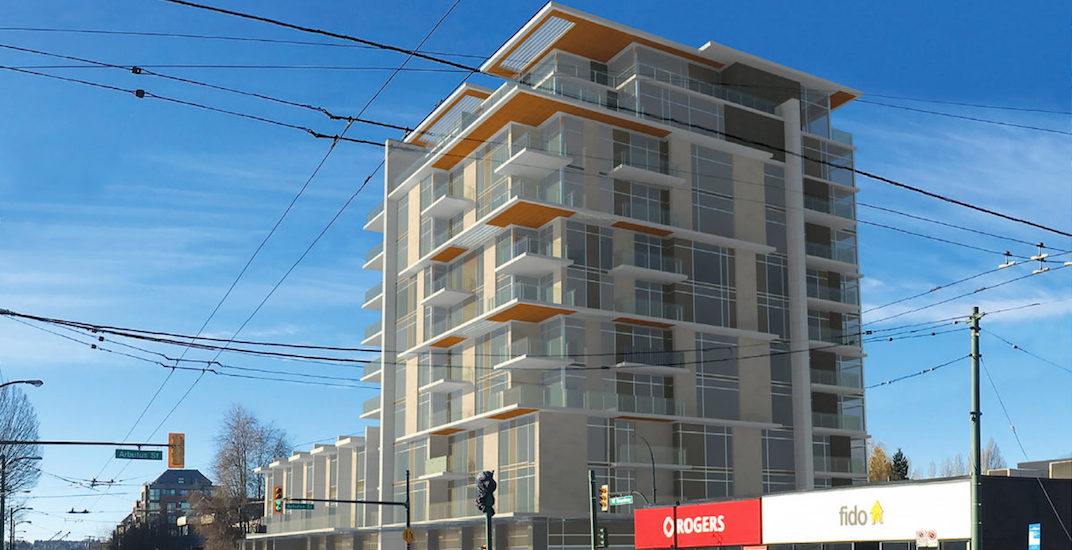 A mixed-use redevelopment is in sight for the area of the western terminus of the underground SkyTrain extension of the Millennium Line on Broadway.

Bastion Development Corporation (BDC) is planning to turn the Shell gas station at 2103 West Broadway – the northwest corner of Arbutus Street and West Broadway – into an 11-storey tower.

Few details are available at this time as the project has yet to enter the official application phase, but the developer indicates it will have an 88,400 sq. ft. floor area with commercial uses on the ground floor and residential uses above.

Designed by Francl Architecture, the tower will be on the easternmost side of the site against Arbutus Street, while a three-storey podium will occupy the remaining western half of the site. 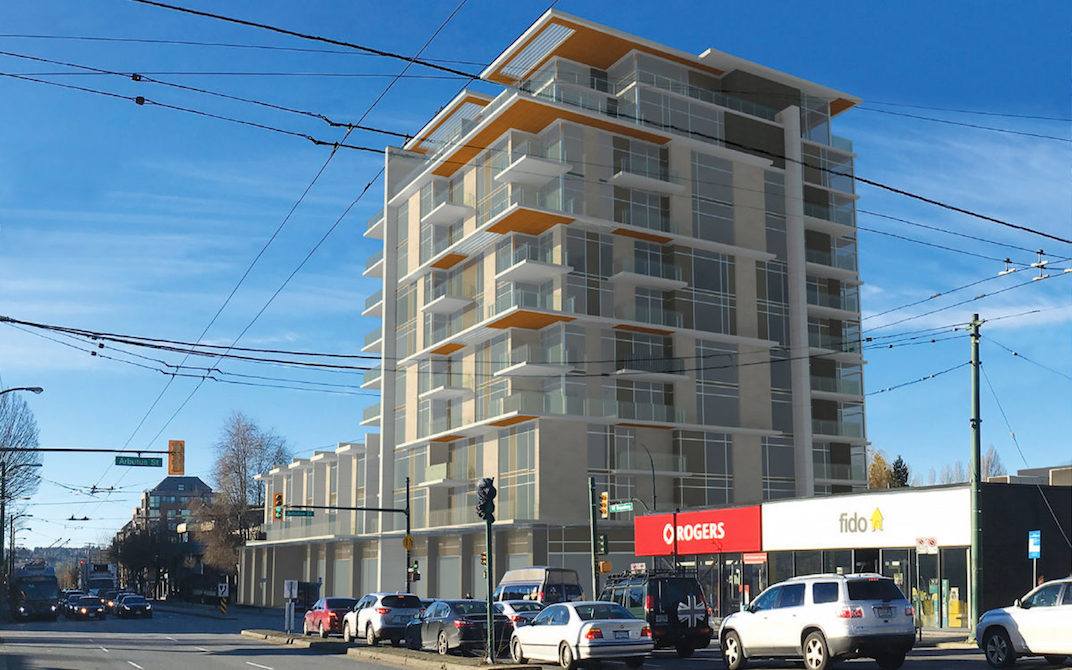 It is unclear whether the redevelopment could incorporate space for an entrance into the subway station as a community amenity contribution. A major bus exchange is also planned for the area as part of the SkyTrain extension project.

The redevelopment of the gas station site is inevitable given its location next to the subway and the growing trend of gas station closures in the city – particularly in the Vancouver Westside – in favour of redevelopment potential. With that said, the proposed scale of the project is remarkably unambitious given its location next to the transit investment.

BDC is one of the largest multi-storey building developers in the Vancouver Westside, specifically within the Kitsilano neighbourhood.