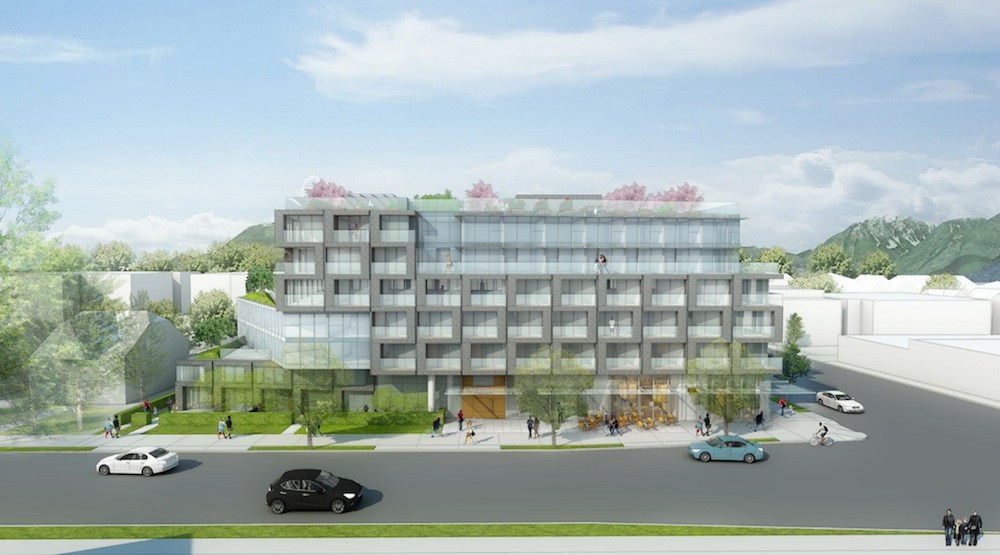 Artistic rendering of the proposed redevelopment at the intersection of Alma Street and Broadway. (Henriquez Partners Architects)

A prominent intersection along the Broadway corridor in West Point Grey could be redeveloped into a relatively sizeable project for the area.

The strip mall where True Confections’ dessert restaurant is located, on the northwest corner of Alma Street and West Broadway, could be redeveloped into a six-storey, 78,000-square-foot building with retail on the ground floor and residential units on the upper floors.

A rezoning application by Henriquez Partners Architects has been submitted to the City of Vancouver to redevelop the site with 94 secured market rental units, 7,200-square-feet of retail space, and 99 underground parking spaces. Altogether, the project will attain a floor space ratio (FSR) density of 3.15 FSR.

The intersection could potentially see an underground station of the Millennium Line, if it is ever extended beyond the current planned terminus at Arbutus Street.

With the planned redevelopment of the 90-acre Jericho Garrison, located just two blocks away from the development site, the neighbourhood could see tens of thousands of new residents over the coming decades. 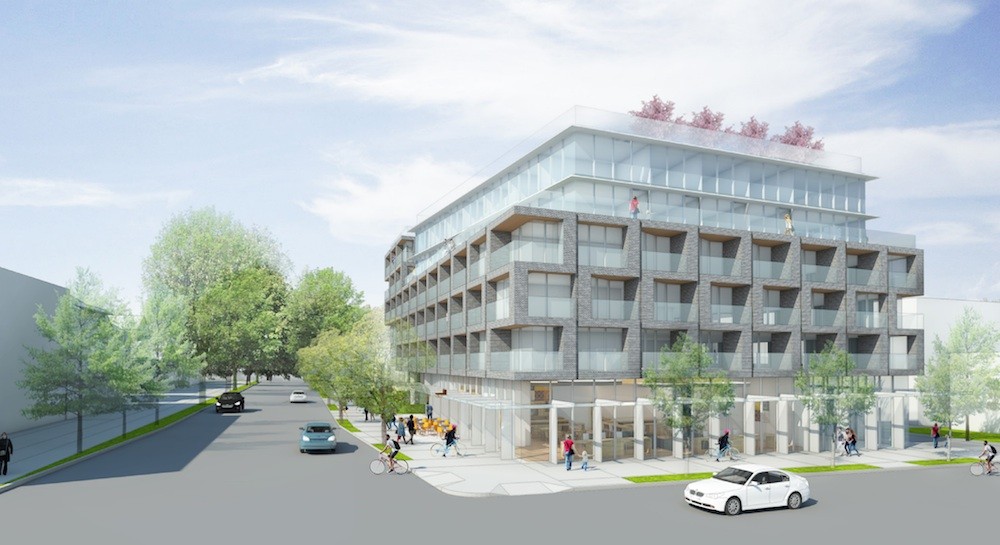 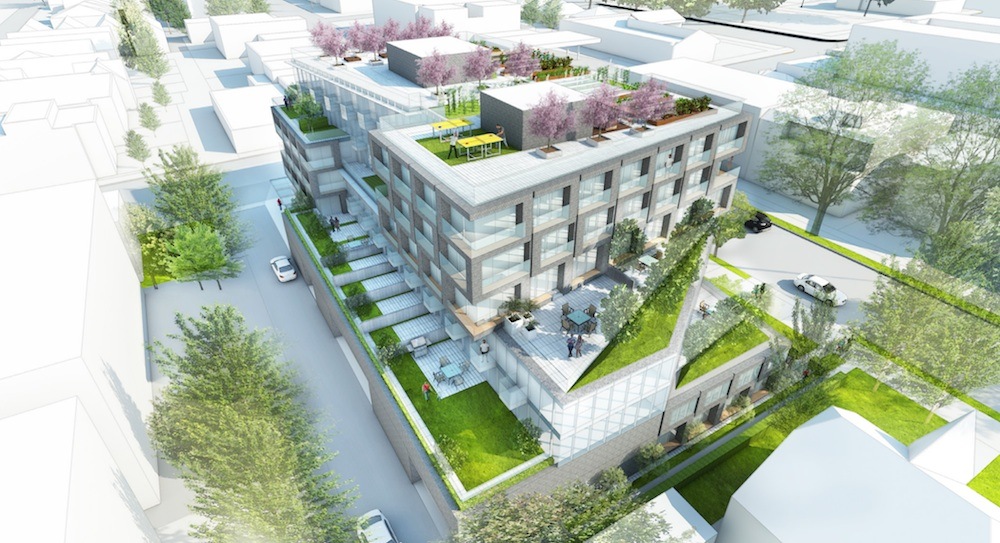 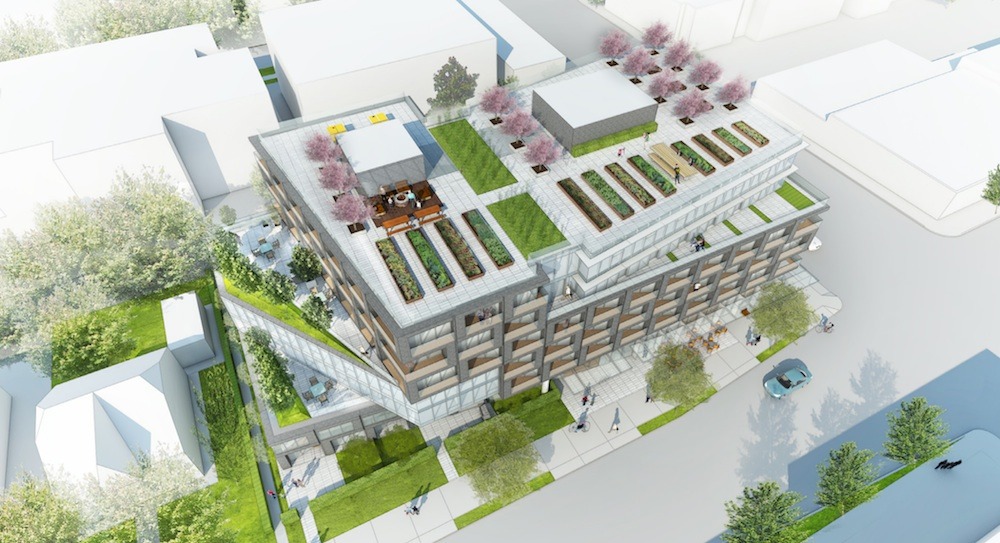