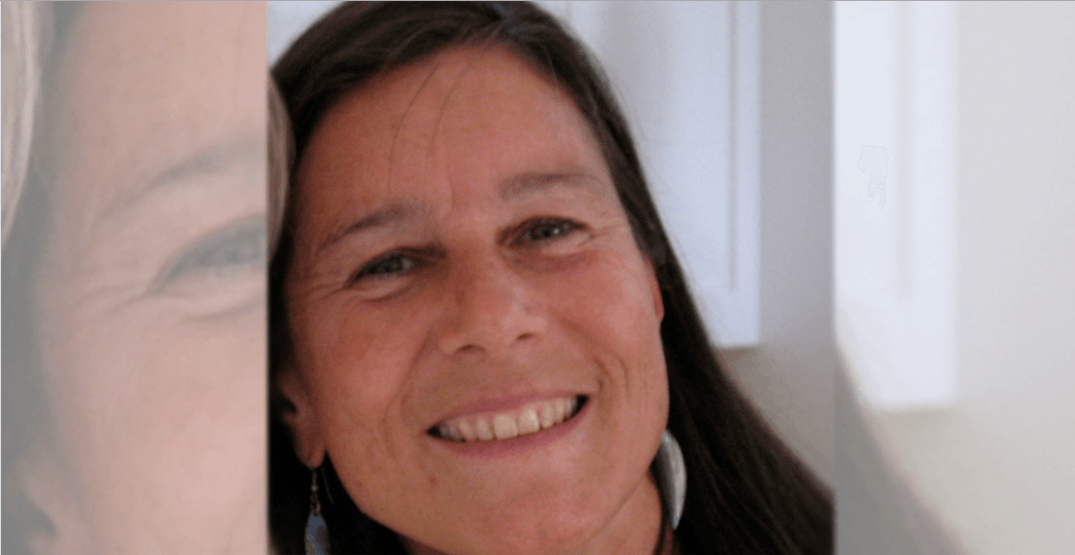 Investigators with the Integrated Homicide Investigation Team (IHIT) issued another public appeal for any information in the unsolved murder case of a Vancouver woman who was attacked while jogging in a park near her home 10 years ago today.

Wendy Ladner-Beaudry was found dead in Vancouver’s on April 3, 2009, and on Wednesday, police said they still have no leads in the case, or even a motive behind the killing.

At a press conference, IHIT said that although police have received over 300 tips in the course of this investigation, they aren’t any closer to finding answers.

As of today, there is still no suspect in the case.

Still, IHIT said they “strongly believe” that there is someone in the community who knows what happened.

On Facebook, Wendy’s brother and former Vancouver City Councillor Peter Ladner said the pain of “coming out to this tenth anniversary is something those outside Wendy’s family and circle of friends can never understand.”

Ladner said it is “impossible to find words to convey what it’s like to lose a sister, mother, wife, aunt, friend, and mentor at the hands of another person.”

The “sudden loss” of his sister 10 years ago today “opened up a hole in our lives that stares back at us every day. I’m here today on behalf of Wendy’s close and extended family, and her friends and neighbours to share some of that impact and ask for your help.”

A reward offering $30,000 for information in the case (originally announced three years ago) was also renewed. 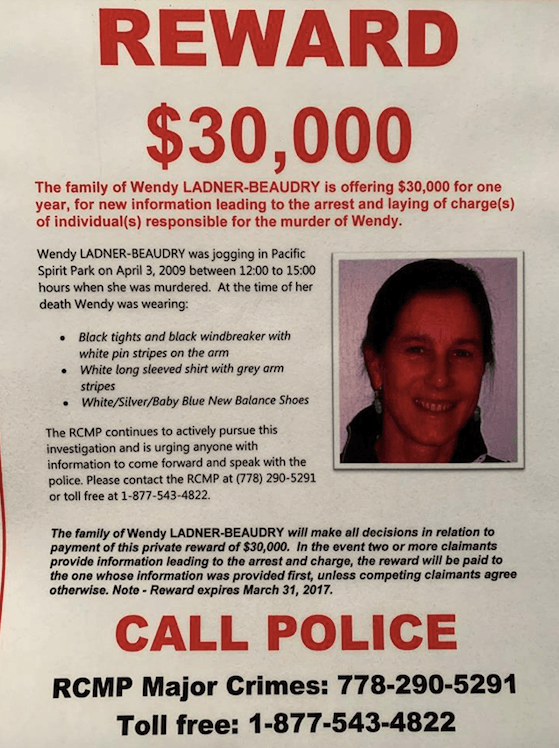 At the time of her death, she was wearing black tights and a black windbreaker, with white pin stripes on her arm, along with a white, long-sleeved shirt with grey arm stripes, and white/silver/baby blue New Balance Shoes.