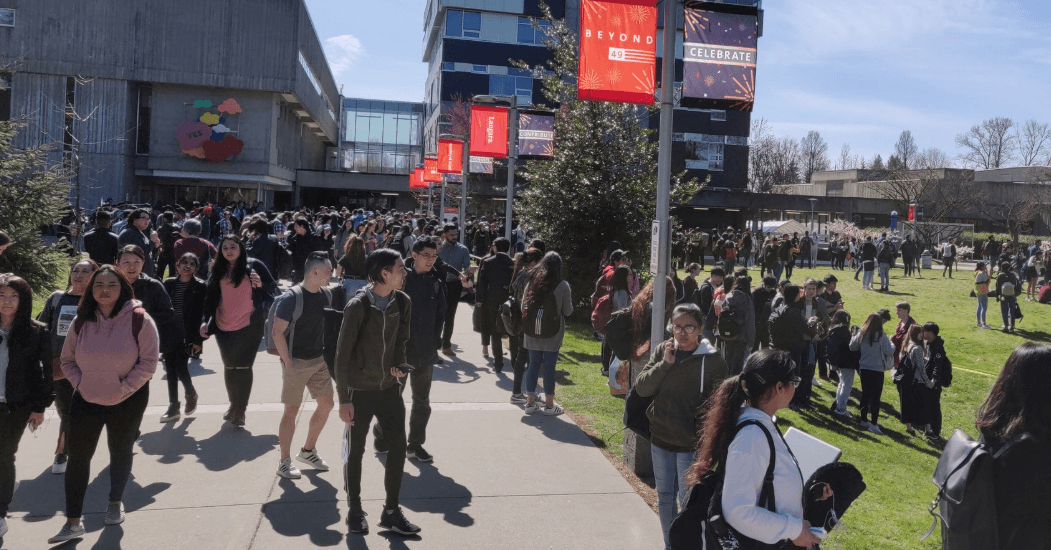 Vancouver Police have arrested a suspect in connection with today’s emergency evacuation at Langara College.

Just before noon on April 1, first responders received reports of a suspicious fire on campus. Officers spoke with witnesses and determined that the suspect had allegedly entered the college with “incendiary devices.”

Police say the suspect may have lit one or more fires before fleeing the scene.

At 1:15 pm the school announced that campus was closed for the day and all exams and classes were cancelled.

Here are some more photos of the #Langara fire scene pic.twitter.com/s7klCZdM1Z

#VANCOUVERBC: A fire had broken out at @langaracollege‘s T Building. Students have been evacuated. Footage of the scene @ 11:49am. More to come. # pic.twitter.com/buFURmWu5s

The entirety of @langaracollege was evacuated just half an hour ago. Best avoid W 49th Ave from Cambie to Main. @NEWS1130Traffic pic.twitter.com/ilougYUeJA

At first you confirmed only T building needed to be evacuated. Now you are saying everyone needs to leave campus and there are armed police around campus. What is going on? pic.twitter.com/6s6flFWFHP

Vancouver Police, Vancouver Fire Rescue, BC Ambulance, and staff at Langara College all worked to safely evacuate the campus. There were no reports of injuries.

VPD’s Emergency Response Section searched the campus for any additional hazards and discovered a number of suspicious devices. The search will continue into the evening.

Officers were able to identify the suspect. A man in his 20s was arrested in Surrey by Metro Vancouver Transit Police just after 4 pm. He was turned over to the VPD and is now in custody.