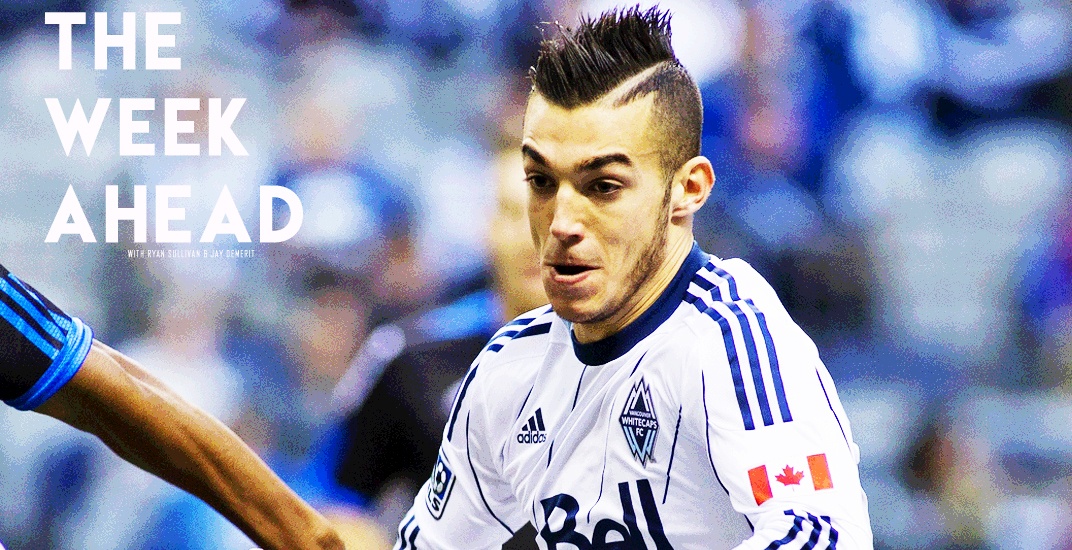 Russ gets grilled on what lies ahead for the team, his new contract and his (fake) fur sweater. If you want to see this sweater firsthand and the interview and show in its entirety, check out the Facebook Live feed on the Green Men page here/below.

After our interview segment with Russ, he stuck around for the remainder of the show (until his parking ran out). Jay and I then touched on some of The Week Ahead’s biggest matchups in the NBA, NHL, NFL and Premier League – and yes there are some beauties on tap across the pond.

We also handed out quite a bit of swag, including a signed copy of FIFA 18 for PS4, some 2UNDR boxers (as pictured below) and a $50 GC to Yagger’s Restaurants and Sports Bars.

In the NBA, we love the looks of Donovan Mitchell’s matchups this week. The NHL has a few tantalizers, but you’ll find the majority of your TV watching this week will come from the two forms of footy. Football and football.

Before the NFL schedule kicks in, the Premier League serves up a huge matchup on centre stage for us on Friday. Arsenal takes on Liverpool in a battle of #5 vs #4. The next day you’ll find the Baltimore Ravens in action trying to lock up a wild card slot. However, the big story from the NFL hits the West Coast on Sunday. The Seahawks and Cowboys meet in this week’s marquee game of the week on Sunday.

BTW, did you miss last week’s episode? No problem, here it is.

It’s also available for Android, Google Play and other devices.