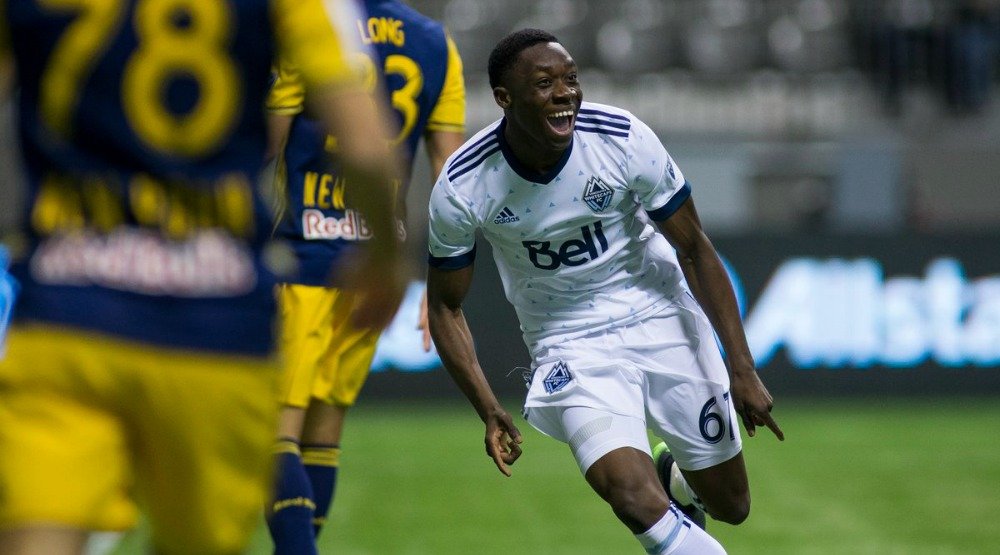 Pump the brakes on the Alphonso Davies hype train, everybody.

The Vancouver Whitecaps’ 17-year-old soccer prodigy isn’t going overseas, despite a report of Manchester United having interest in the Canadian international to train with their team.

A spokesman from the Whitecaps clarified on Thursday that Davies was invited to train with Manchester United’s youth team, not the first team as was originally reported by CTV Edmonton.

For all the excitement behind Davies given his age and ability, he has yet to score an MLS regular season goal in 34 appearances. Though he can be transferred after he turns 18 next November, he still has a lot to prove in 2018 with the Whitecaps.

Whitecaps FC head coach Carl Robinson has been very protective of Davies, not wanting to overwhelm the teenager. Davies’ minutes were purposely limited in 2017, starting just nine matches. The team has also been reluctant to include him in their marketing, and he has not been made available for interviews with the media very often.

All in the name of protecting Alphonso, who already carries the hope of not only the Whitecaps on his shoulders, but in many ways the Canadian National Team as well.