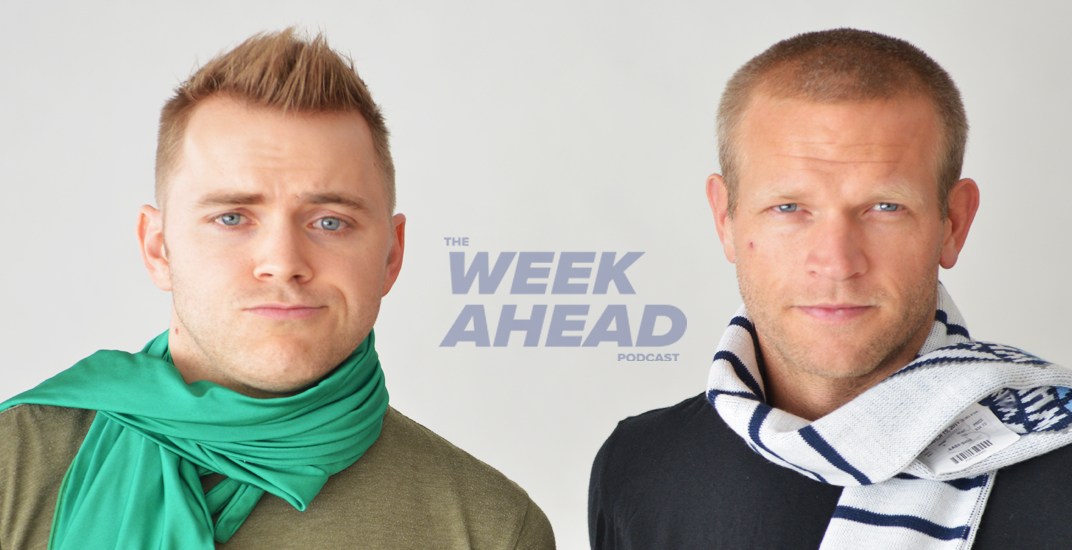 The Week Ahead Podcast is back and answering all of your questions! The show begins with a new segment called ‘Headlines’ and then progresses into the shortened week thanks to the Turkey Day long weekend.

Of course we cover the current state of the Vancouver Canucks, but let’s face it, every other show and podcast in Vancouver pretty much has that covered. Instead, The Week Ahead starts by covering the biggest question in the city, where is the best toilet in town?

The show also welcomes Lee from the Social Concierge’s Harvest Haus to the studio. We then chat with British pop sensation and Daily Hive Sports Editor Rob Williams.

Harvest Haus is the Social Concierge’s Oktoberfest party that is currently running near the False Creek waterfront. The party will be headlined by The Green Men this Friday October 13th and many tickets are given away on the show by Ryan and Jay. Not all of the tickets, though, so if you want a chance to head to the city’s biggest party fire them a note on Twitter now!

To add to that, another free contest ensues courtesy of Indochino and Office Pools.

Stoked to introduce our new #WeekAhead 'Shoot for the Suit' hockey pool courtesy of @INDOCHINO and @officepools_com! https://t.co/TcPzHMDCrK

To cap off the show, the guys ‘Check the Chances’ for every NFL game this coming Sunday, courtesy of Sports Interaction.

Get a hold of the guys here: