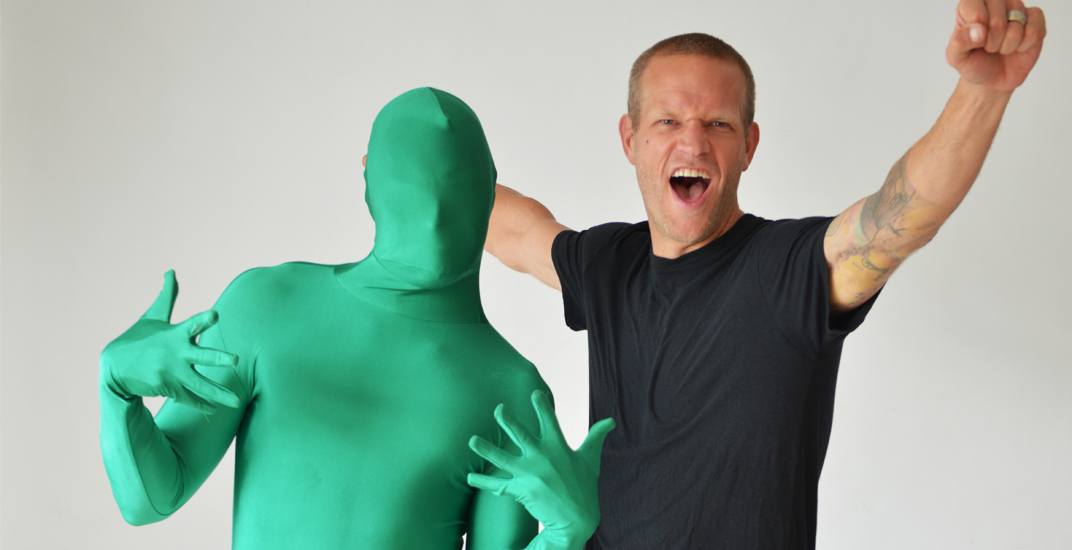 In a town overrun with hockey talk, a pair of Vancouver sports legends are going to try to flip the script.

Their new show is called The Week Ahead Podcast and it debuts Monday October 2 right here on Daily Hive. It will be a weekly broadcast that will hit the web every Monday afternoon.

The show will cover every sport and meaningful game coming up in The Week Ahead. Rather than analyze what has already happened for hours, you’ll get everything you need to know about the sporting world in a one stop shop. 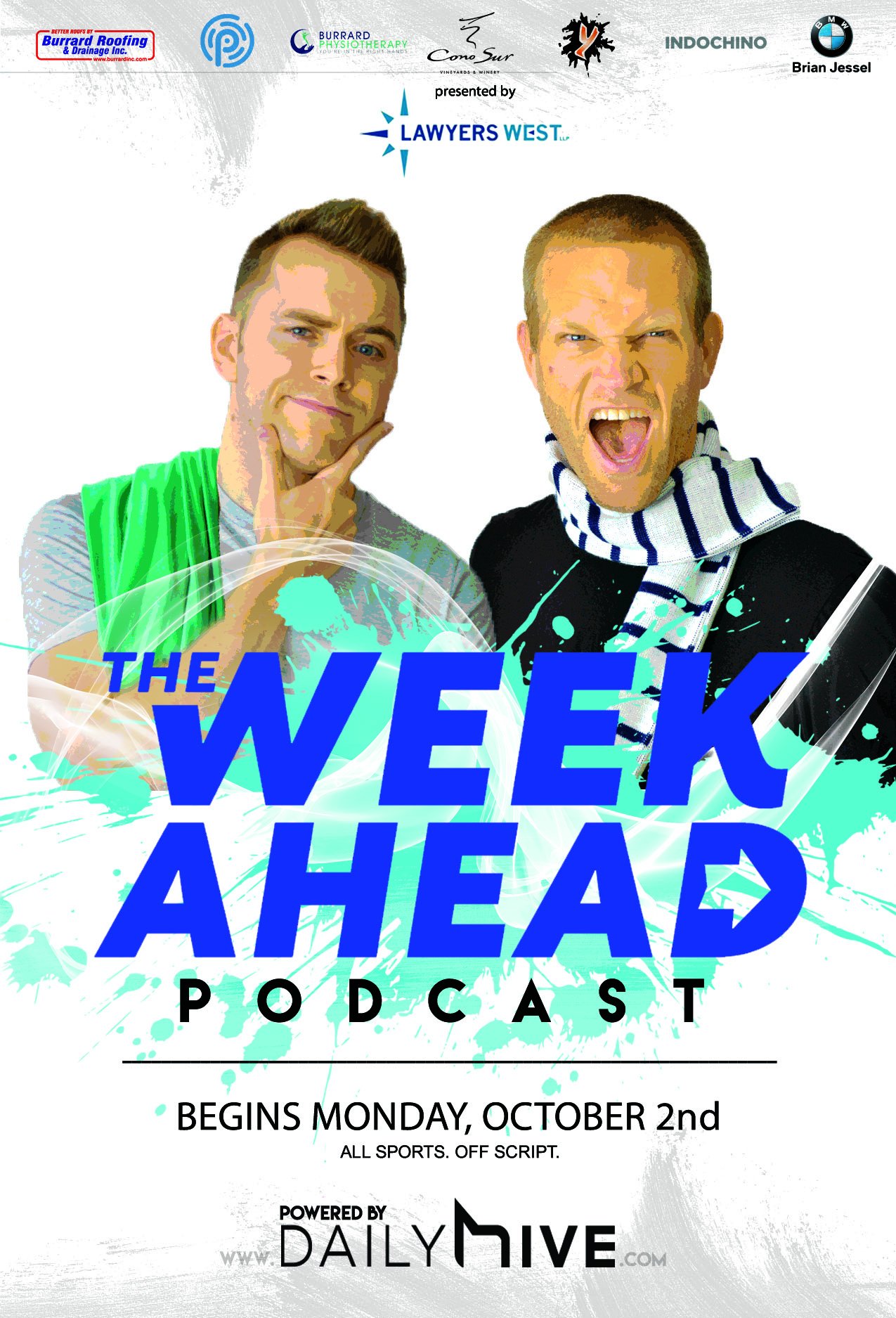 Ryan Sullivan, also known as “Sully” of The Green Men, believes time is of the essence when it comes to sports knowledge.

“Fans want their info and their entertainment now,” he said. “They don’t want to wade through all the jargon. This podcast can be played in your car, you can rock it at work, at home, on your run, wherever. Fans will get everything they want and need, have some dumb laughs and win a ton of free stuff too.”

Stoked to introduce our new #WeekAhead 'Shoot for the Suit' hockey pool courtesy of @INDOCHINO and @officepools_com! https://t.co/TcPzHMDCrK

While moonlighting as a stand-up comedian, Sullivan is also a Vancouver sports media veteran of 12 years. Combined with Jay Demerit, a professional athlete of 13 years, the two will never be short on content or conversation.

DeMerit, who played four years with the Vancouver Whitecaps, believes that the new show will have an immediate impact.

“Between Sully, myself and the Hive, we’re going out to 1.2 million Vancouverites,” the former Whitecaps captain said. “Something of this magnitude has never been done before, so there’s pressure in that. Ryan and I were built for this kind of stage though. This thing is going to be hilarious and we’re going give the fans what they want!”

Along with breaking down the sports and the games coming up, Ryan and Jay also promise constant celebrity cameos (including Dallas Smith on October 2), endless giveaways, contests, and loads of behind the scenes stories from throughout their famed careers.

“Fan interaction and entertainment is extremely important to Jay and I. This show is going to be a living organism. We want it to constantly evolve with fan feedback and we have boatloads of swag to hand out for all of that help and support along the way.”

The Week Ahead will be a social media juggernaut. Every Monday, once released on the Daily Hive website, it will also go out to the Hive’s Facebook, Twitter and Instagram feeds, along with The Green Men and Jay DeMerit’s social channels as well.

All of which can be found here:

That’s not all, though, in the coming weeks the show will also be simulcast live on the Daily Hive’s YouTube channel as well. This has spurred Sullivan to do something that no Green Man has ever done before. Unveil.

“I’m all in! It’s been eight years and nobody’s ever seen my face. Now you’ll see why I wore a mask for all those years.”

This won’t be the first time Sullivan and DeMerit have teamed up either. In December of 2014, the soccer star joined The Green Men in their spandex for a Canucks-Flames game at Rogers Arena. 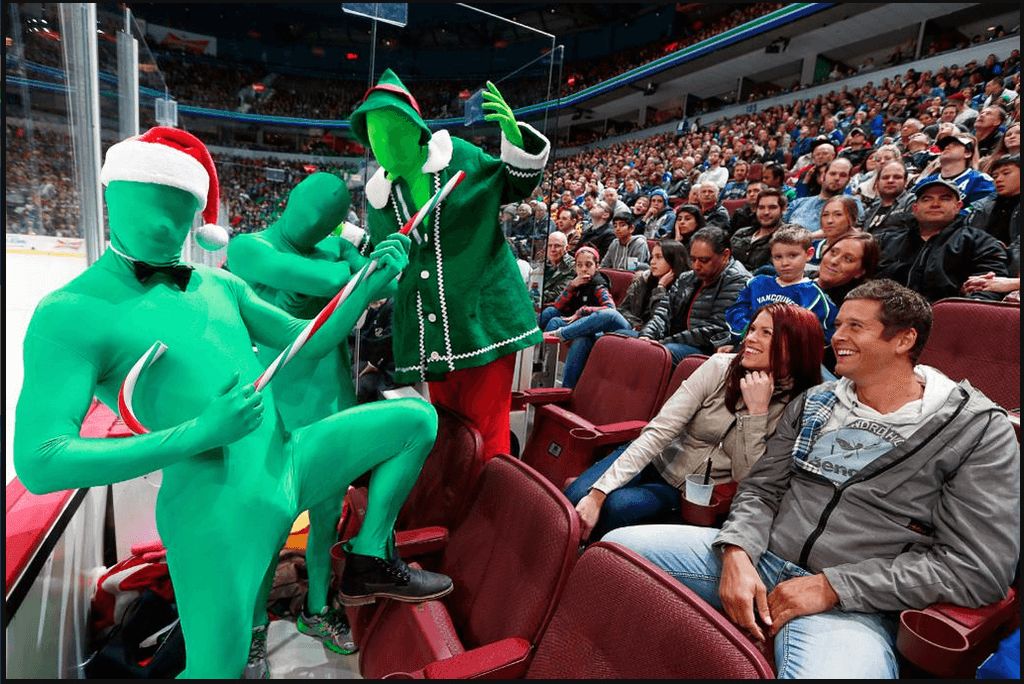 They succeeded in entertaining the crowd that night and are confident they can continue that trend every Monday starting now.

The Week Ahead is presented by James Maledy & Lawyers West. Odds are presented with the help of Sports Interaction.