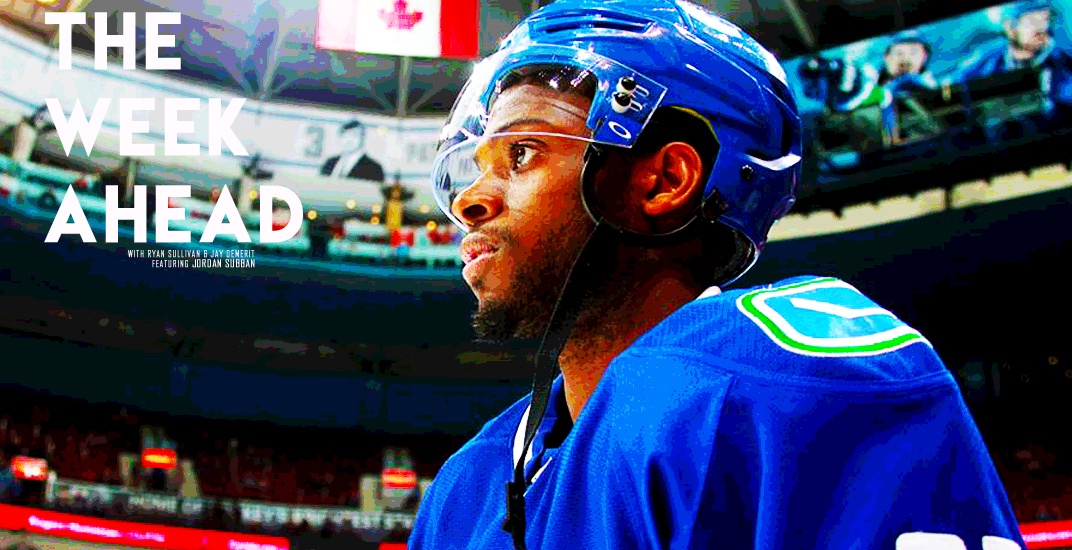 The Week Ahead Podcast returns for its 13th episode with myself (Ryan Sullivan) and former Vancover Whitecaps captain Jay DeMerit. This week we chat with former Vancouver Canuck and newest Los Angeles King Jordan Subban (14:00 minute mark) courtesy of Indochino.

We grilled Jordan on his recent Twitter oops and find out who in the family has the best pipes. Once again, the show was featured on our Facebook Live feed on the Green Men page here/below.

Just before our interview segment with Jordan, Jay and I chatted about the latest and greatest from the past 72-hours of the Christmas break. First, we featured our newest segment – the Jackass of the Week – in our Headlines and with ease Earl Thomas took home the honours for his post-game antics from Week 16.

Following Earl’s roasting, the guys chatted World Junior Hockey Championships and let you know just who you should be watching for in the tournament currently hitting the ice in Buffalo, NY.

Jay and I then took live questions and comments in stride and handed out a $50 GC to Yagger’s Restaurants and Sports Bars, along with a free pair of 2UNDR boxers and a copy of the Green Men autobiography Behind The Green.

Coming up this week, along with the WJHC and NFL there’s a plethora of action across the NHL and NBA, but we decided to focus more on the NCAA bowl games instead (briefly – just briefly). There’s some absolutely ridiculous gift bags going out to the players and even in the biggest bowl games on the planet, some of these athletes are going home with little nothing to show for their efforts. We made sure to bring that to light.

Honestly, you won’t believe just how crappy some of these gift bags are!

The New Mexico Bowl Swag Includes a Fidget Spinner, Players at Quick Lane Bowl Get a Fathead of Themselves https://t.co/4N9cLr8VTJ

BTW, did you miss last week’s episode with Vancouver Whitecap midfielder Russell Teibert? No problem, here it is.