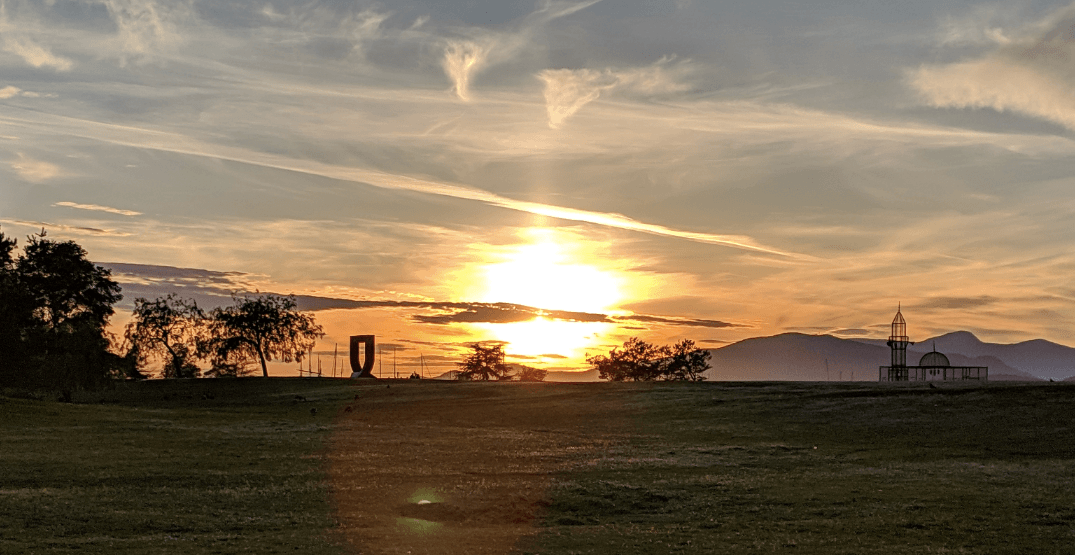 Sunshine and high temperatures took over most of British Columbia, breaking dozens of temperature records along the way.

Doug Lundquist, meteorologist for Environment Canada, tells Daily Hive that the warm weather was caused by a “ridge of high pressure” that was “perfectly situated, right along the coast range.”

Saturday and Sunday is when the warm temperatures really kicked in, bringing dozens of records across the province.

Abbotsford and Squamish saw some of the warmest temperatures of the day, with highs of 28.6°C  and 29.5°C, respectively.

Squamish, which saw three consecutive days of record-high temperatures, posted a high of 30.1°C. Metro Vancouver came in with a much lower temperature, with a high of 24.3°C.

“Saturday and Sunday saw records almost everywhere on the coast from Prince Rupert down to Metro Vancouver,” says Lundquist.

Don’t expect the warm temperatures to continue, however. Lunquist adds that the weekend was “pretty much the end of the record-breaking weather.”

“It’s breaking down today,” says the meteorologist. “There’s already showers on the radar.”

“The next couple of days are a chance of showers, thunderstorms, and wetting things up.”