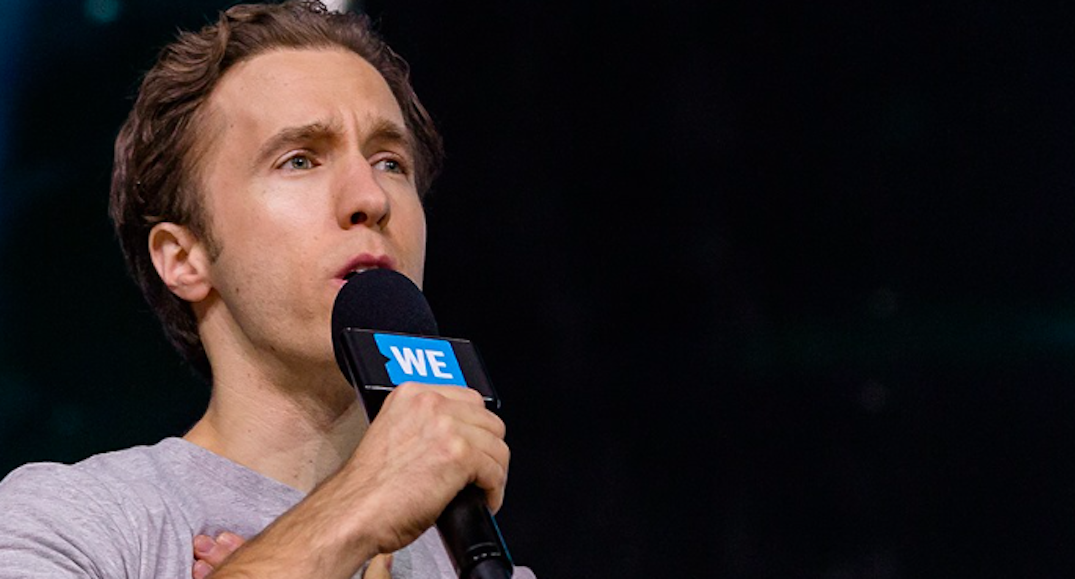 WE Charity is officially shutting down its operations in Canada.

On Wednesday, the organization said it will be selling its assets to establish an endowment fund to sustain the charity’s existing international humanitarian programs and digitize its Canadian educational resources for long-term access.

Canadaland officially broke the story, adding that “management says this is to pay off millions in bank debt and continue funding international development.”

“Our founding principle has been that every decision we make is through the lens of what is best for children,” Craig Kielburger, co-founder of WE Charity, said in a statement.

“Through decisive action to preserve our savings, sell our assets, and establish an endowment, we hope to sustain global projects for the long-term, like our hospital, college, and agricultural learning centre that meet critical needs of children and families.”

The news comes after the charity’s now-cancelled volunteer program with the Trudeau government, which would have made it the recipient of a single-source contract to administer the $900 million Canada Student Service Grant program.

The service grant was going to be administered by WE Charity, as it would screen, train, and match applicants with opportunities and distribute the grants.

The charity faced backlash after it became known that members of the prime minister’s family earned considerable payments for doing work with WE.

According to the charity, the COVID-19 pandemic has hurt them financially and “the fallout from the Canada Student Service Grant has placed the charity in the middle of political battles and misinformation that a charity is ill-equipped to fight. As a result, the financial math for the charity’s future is clear.”

WE Charity Canada also said it has experienced “significant financial pressures” and loss of sponsors creating a financial situation that jeopardizes programs.

It also foresees a lack of future revenue sources given the “indeterminate length of time that political matters will continue.”

And that ongoing operational costs will “consume savings” that are needed to establish the endowment fund.

“In Canada, WE Charity will no longer have staff to support educators to inspire and equip the next generation of community leaders, including no new curricular resources, youth service coaches, educational speaking tours, or the celebration-of-service event, known as WE Day,” the statement adds.

“Instead, the endowment fund will ensure existing WE Schools resources will be available digitally to teachers for free with curriculum focused on causes, service campaigns, and youth mental health resources.”

The endowment fund is said to support WE Villages projects in Latin America, Asia, and Africa that are currently underway, but not completed.

It will also fund large-scale infrastructure projects that need ongoing support, like the Baraka Hospital and WE College in Narok County, Kenya, and the Agricultural Learning Centre in Ecuador.

Going forward, there will be no new schools, water or agricultural projects, and no expansion to new communities in the nine countries where WE Charity is active, the charity said.