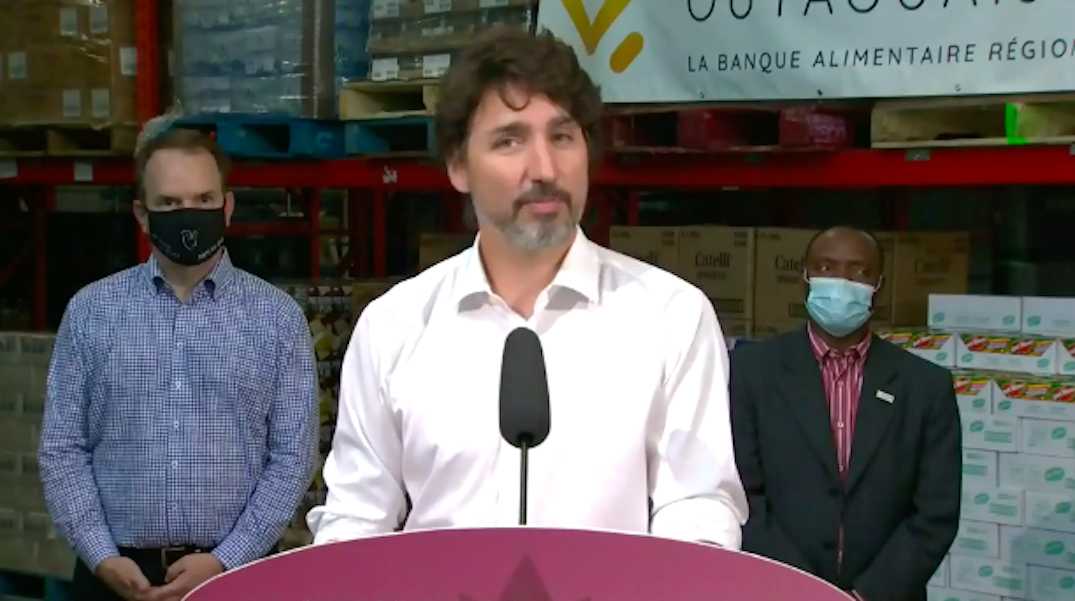 The federal government and WE Charity are no longer working together on the Canada Student Service Grant, which provides students with one-time payments of up to $5,000 for volunteering in COVID-19 pandemic related programs, after facing backlash.

The decision by the government to have the third party involved in administering these work opportunities, was due to the charities reach and scope.

On Friday, Prime Minister Justin Trudeau said that WE was the only group with a nationwide network capable of operating a program like this for young people.

He said the move to cut ties was “WE’s decision, which we support.”

The federal government will now distribute the grants even though they do not have the same “connections” to the smaller charities, which is where WE was supposed to help.

“There are certain things that we will not be able to do as government delivers this program directly,” Trudeau said.

“Obviously this situation unfolded in a way that is truly unfortunate because one of the things that ends up happening with this is that young people won’t maybe have the same kind of access to programs that they would have.”

Trudeau added that both the government and WE have “things to reflect on, there are ways to do it better.”

In an email to Daily Hive, Bardish Chagger, Minister of Diversity and Inclusion and Youth, added that given the scope of the program and the “urgent need” to deliver it, Employment and Social Development Canada (ESCD) recommended that a third party administer the student service grant, and their recommendation was WE.

“This is a mutually agreed upon decision. The Government of Canada and WE Charity will work together to ensure that the volunteers who have applied and been placed won’t be adversely affected. WE Charity has also decided to return any funds that had already been received,” Chagger said.

“Our government’s objective remains to connect the skills and abilities of young people with service opportunities to help heal their communities.”

Chagger added that the government will continue to work with the organization to ensure an expedited transition and are examining all options to make sure students, not-for-profits, and communities continue to be supported throughout the pandemic.

In a statement, WE Charity said while the response to the program has been strong, the criticism of WE’s involvement “has not abated.”

“The program has also been enmeshed in controversy from the moment of its announcement. Questions have been asked about the program’s origin, about the concept of outsourcing the program’s operations, about the choice of WE Charity as the government’s partner, and the underlying merit of paid service,” the statement said.

“These are all valid questions and the government has provided explanations for each. However, controversy has not abated. Our concern is that to continue in this way, the program itself will begin to suffer – and as a consequence, opportunities for students might be negatively affected.

“Not only would that be unwelcome, it is unnecessary.”

Since the program launched on June 26, there have been over 35,000 applications, including 64% of applicants identifying as visible minorities, 23% from rural Canada, and 10% individuals from LGBTQ2 communities.