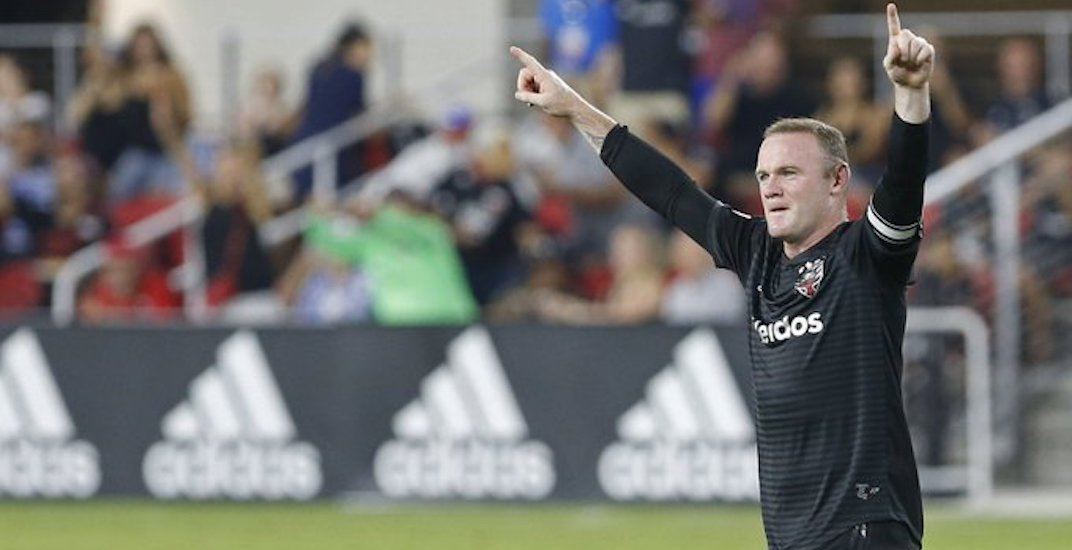 One of the greatest players in soccer history is set to make his first appearance in Vancouver on Saturday night against the Whitecaps, at BC Place.

Daily Hive has confirmed that Wayne Rooney has traveled with DC United to Vancouver today. He is expected to train with his team in Vancouver on Friday, and play Saturday.

The 33-year-old Rooney has made a big impact in two seasons in MLS. In 43 games with DC United, Rooney has scored 23 goals, and added 14 assists. He has added an extra dimension to the his club’s lineup, and fans across the league have tuned in.

Saturday presents a rare opportunity for fans to see an elite footballer who is still at the top of his game. The all-time leading goal-scorer for England and Manchester Untied has done it all.

The Liverpool native has won the Champions League, Europa League, FA Cup, and five English Premier League titles. He’s played in three World Cups and three European Championships. At this stage in his career, he has nothing left to prove, but he’s still out there making a difference.

Earlier this month, Rooney accepted a player-coach role with English Championship side Derby County FC. Rooney is expected to join his new team in January 2020.

This will be Rooney’s lone appearance in Vancouver.

“I hadn’t thought of it like that,” Whitecaps midfielder Russell Teibert told Daily Hive after practice on Thursday. “It will always be a pleasure to play on the field with guys of that quality, and pedigree. We’re not playing against Wayne Rooney, we’re playing against DC United. That’s what we’ve got to remember.”

This isn’t the first time Rooney has played against the Whitecaps. Rooney made his MLS debut on July 14, 2018 vs Vancouver when he came off the bench and picked up an assist in a 3-1 win over the Whitecaps at Audi Field in DC.

There is bound to be an extra jolt of excitement at BC Place, but that doesn’t necessarily mean it will be for the home team. Fans cheered for Zlatan Ibrahimovic when the LA Galaxy played in Vancouver on April 5.

Ibrahimovic was visited by a pitch invader during the match, in which he delivered a goal and an assist in a 2-0 win.

“I’m sure they’ll cheer for him,” Whitecaps full-back Jake Nerwinski told reporters. “Our fans are usually nice people, right. He’s a big time star. He’s played at the top levels with the best teams in the world. It’s cool, special that he’s coming, but we want them to be cheering for us more.”

Vancouver could be looking at a well rested and motived Rooney. He was sick and missed DC United’s 2-1 win over the LA Galaxy on Sunday.

The Whitecaps won’t need a visit from Rooney to get revved up, the home side haven’t won at BC Place since a 2-1 win over FC Dallas on May 25. At this point in the season, a win is a win. Vancouver will be happy to bump the slump against Rooney or any opposition side.