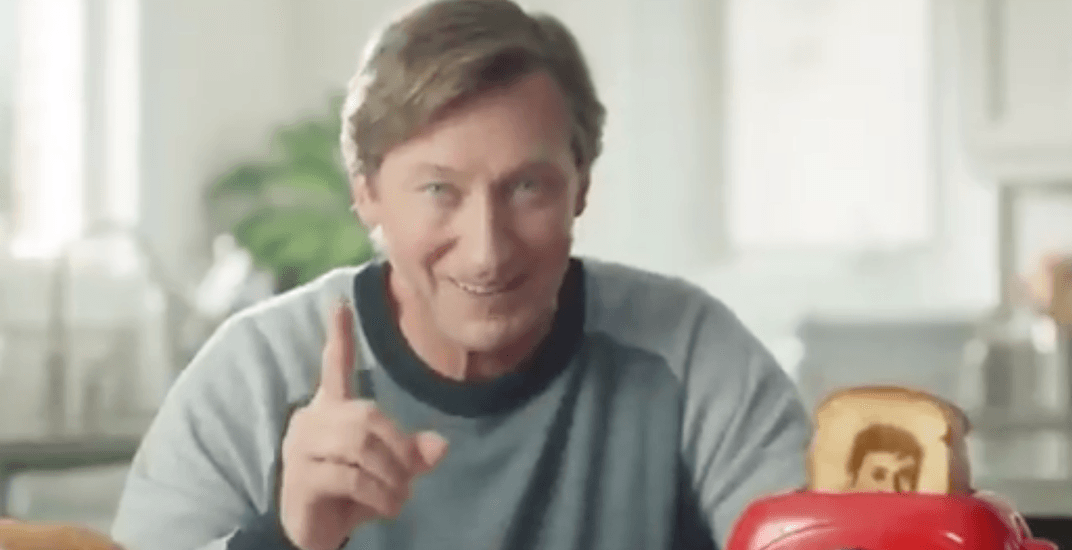 Wayne Gretzky has lent his name to a few products in his day.

Those are just a few. But the commercial that debuted today is probably his best one of all-time.

Say hello to ‘the Great Toaster’:

Despite the parody feel of it, the custom Gretzky toaster is a real product that will be on sale starting November 20. Proceeds will help out Canadian Tire’s Jumpstart charity, which provides resources to allow kids from families in financial need the chance to play sports.

And if the Gretzky toaster doesn’t tickle your fancy, you might enjoy the other two models, featuring Connor McDavid and Jonathan Toews: