It’s been over 20 years, but Canucks fans still can’t get over the contract Mark Messier signed in the summer of 1997.

Ranking third all-time in NHL scoring, Messier is unquestionably one of the greatest players in the history of the game. He’s also perhaps the most despised players to ever play in the city of Vancouver.

Messier was blamed for indifferent play during his three years on the West Coast, but it was more than that.

Fans can take it too far, but here’s a selection of the things he’s been rightly or wrongly blamed for:

And that doesn’t even take into account the hate that fans had for Messier from the 1994 Stanley Cup Final. Perhaps Jim Robson’s most famous call includes Messier crosschecking Linden when he was already hurt and crawling to the bench.

Messier was signed by the Canucks in the summer of 1997, just one year after GM Pat Quinn narrowly missed inking Wayne Gretzky to a free agent contract. They opened the vault for the six-time Stanley Cup champion, despite the fact he was 36 years old.

Messier signed a five-year contract worth $6 million per season, which included a $2 million buyout option that the Canucks used after the third year. Years later Messier took the team to court, taking another $6 million from the team in 2012.

Mark Messier handwritten contract in 1997-98 sending him to the @Canucks in @Monarch_BW offices. “Promotional” section gave him phantom ownership in team which later equaled $18M. pic.twitter.com/Z6bLzvpGBL

ESPN sports business reporter Darren Rovell got ahold of the handwritten contract, posting pictures of it on Twitter. 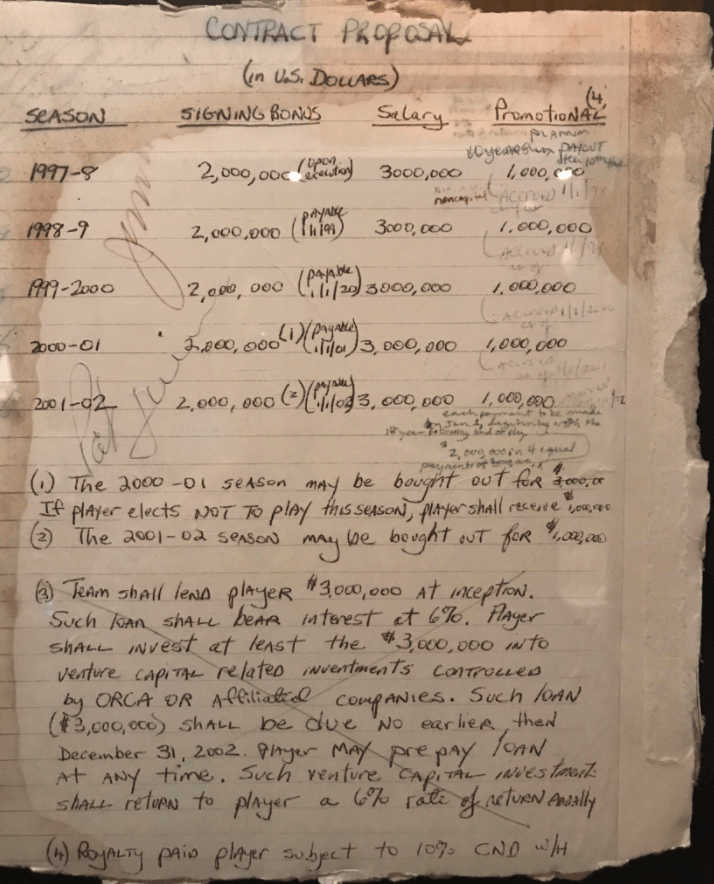 The thing that jumps off the page in the image above is the plans for the team to lend Messier $3 million. Remember that Messier was already a rich man at this point, and you’d have to assume would have no trouble getting a loan at a bank. It looks like that provision was crossed out, seemingly for good reason. 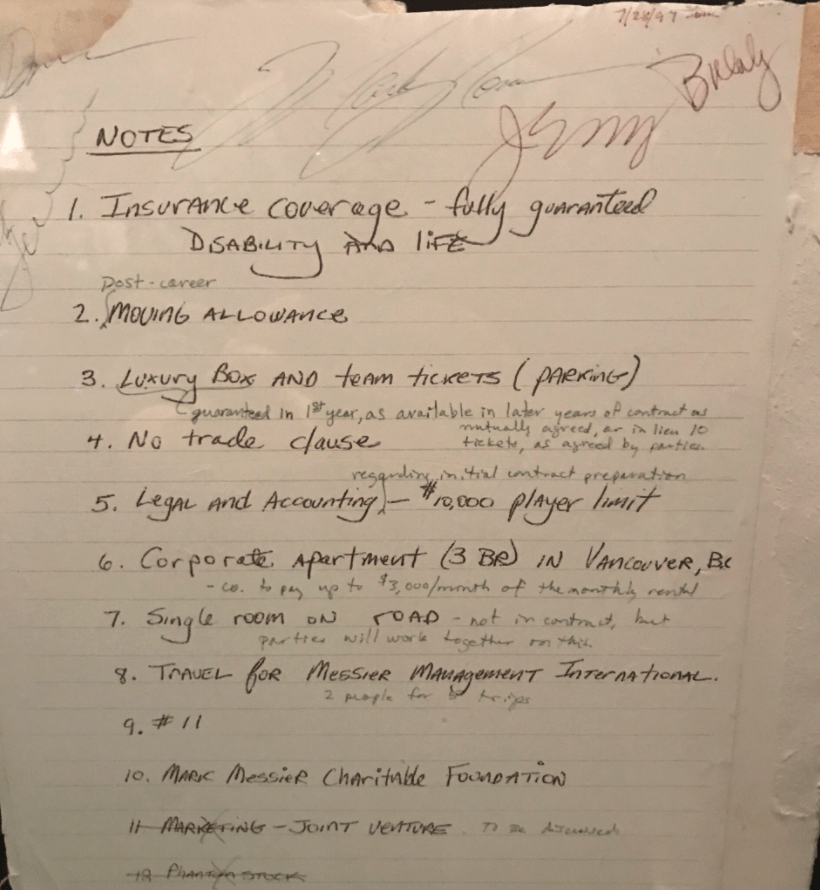 Yes, it looks like un-retiring #11 for Messier was written into his contract. 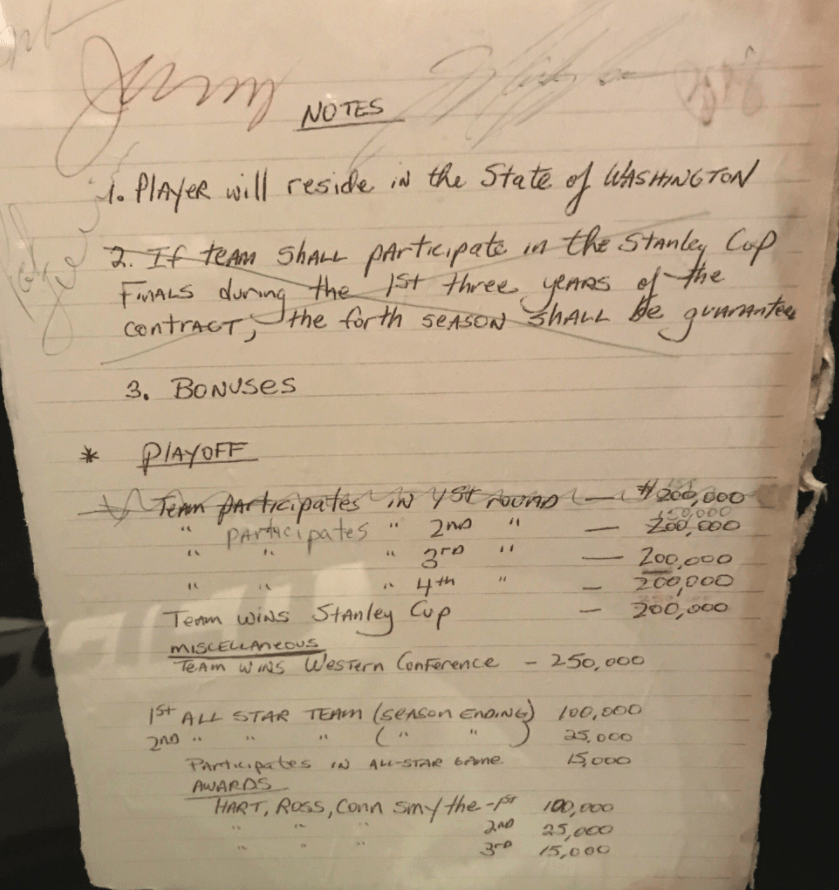 Messier, like some other former Canucks – Alexander Mogilny and John Tortorella come to mind – didn’t actually live in Canada during his time with the team. Messier lived just across the border in Washington State, with the Canucks providing a three-bedroom “corporate apartment” for him in Vancouver.

Messier never lived up to the hype and neither did the team. He did participate in the 1998 All-Star Game though, so he would have collected $15,000 for that.

But bonuses for the Stanley Cup and the Hart Trophy? That’s pure comedy.