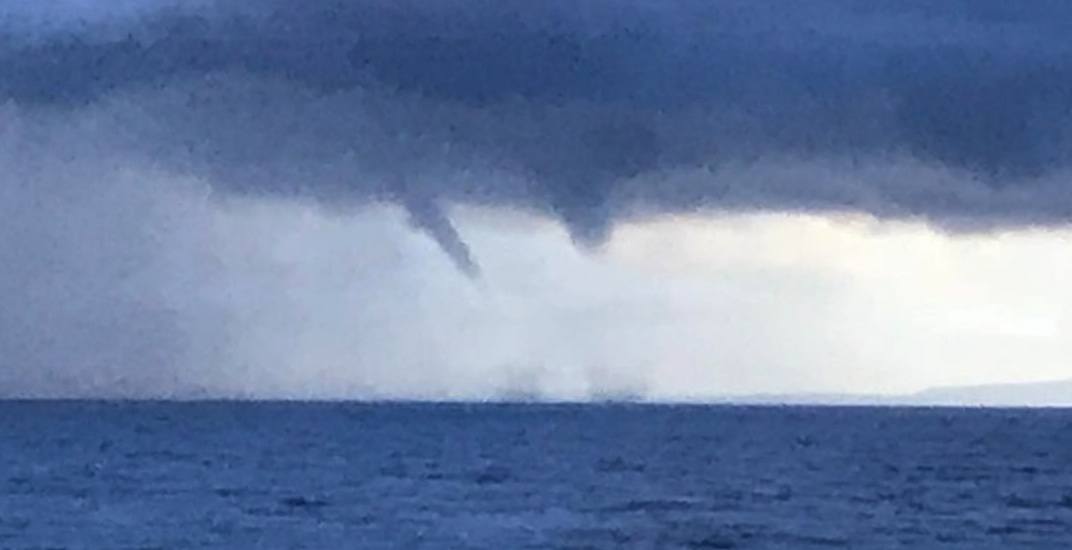 The cold core twisters formed over Boundary Bay and did not make landfall as both funnels were a considerable distance away from the shoreline.

Waterspouts are weak tornadoes that form over water and have wind speeds of approximately 80 km/hr.

According to Environment Canada, the phenomenon was all part of an unstable air mass that brought lightning and a severe hailstorm that covered the ground in South Surrey and White Rock with a snow-like layer of frozen water.

Throughout the day so far, other areas of Metro Vancouver have been experiencing a mix of heavy rainfall and sunshine.

Several waterspouts are spotted around the waters of Metro Vancouver every year.