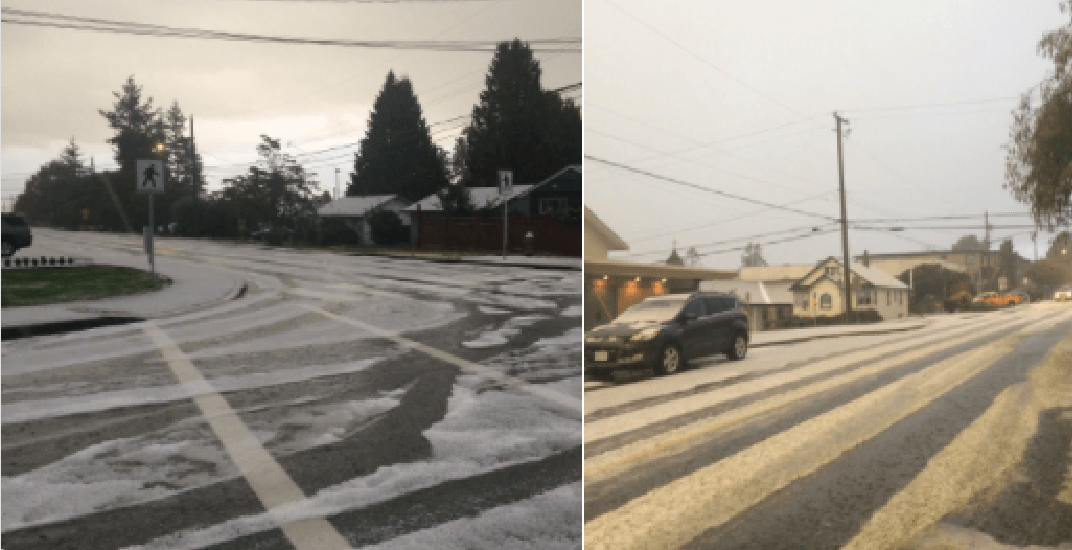 It seems like we’ve barely had time to re-stock our salt supply, but evidently, time waits for no one, and neither does Old Man winter.

Yes, on Wednesday morning, South Surrey and White Rock residents woke up to a layer of snow-like hail on the ground.

And while the forecast did call for rain and cooler temperatures this week, the conditions were a bit of a surprise.

It even produced lightning and at least two waterspouts off the coast of White Rock.

Naturally, people took to social media as a result, to express their joy/anger/fear/confusion at the situation.

It’s so ugly outside! I love it! Hail, thunder and lightning… oh my! #yvr #whiterock #surrey #ididntbringajacket pic.twitter.com/FnqrEYVzqS