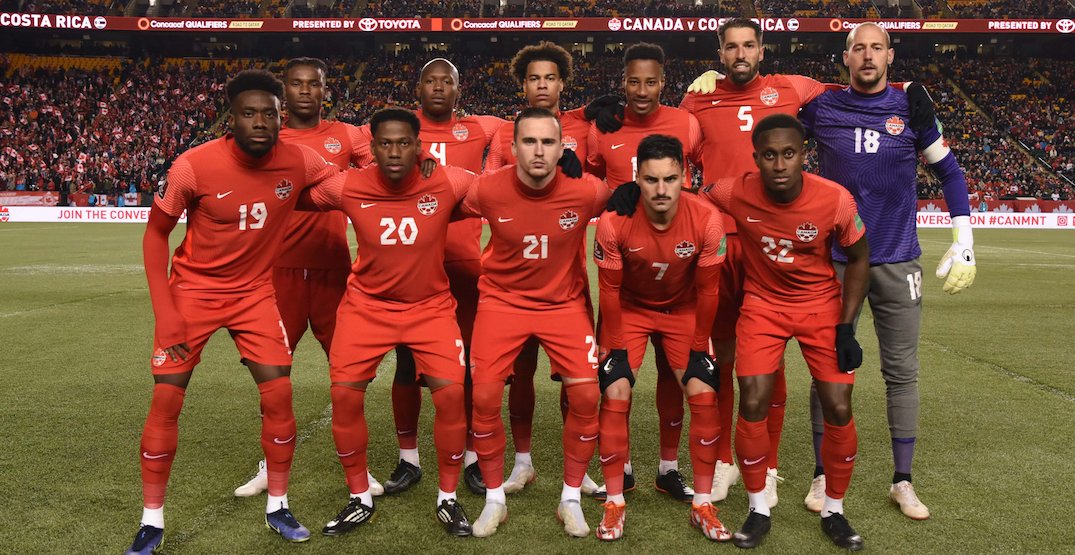 Over 50,000 fans will be there live in freezing Edmonton, but millions more across Canada will be cheering from afar.

Canada is set to take on Mexico on Tuesday in yet another important match in our country’s quest to reach the FIFA World Cup for the first time since 1986.

Halfway through World Cup qualifying, Canada is the only country in the CONCACAF region to have not lost a match. Canada currently sits in third place, but is just one point back of Mexico in the United States.

Given that the top three countries in the eight-team group will advance to the 2022 FIFA World Cup in Qatar, it’s a pretty good spot to be.

While there are rumours that BC Place could host an upcoming match in January, until then, fans locally can watch the big match against Mexico at one of seven watch parties.

Sport Hosting Vancouver is hosting a series of watch parties, offering fans in attendance a chance to win prizes while cheering on Canada. The following seven bars will be showing the game, and are inviting fans to show up wearing red and white.

The match kicks off after at 6 pm PT on Tuesday, November 16. 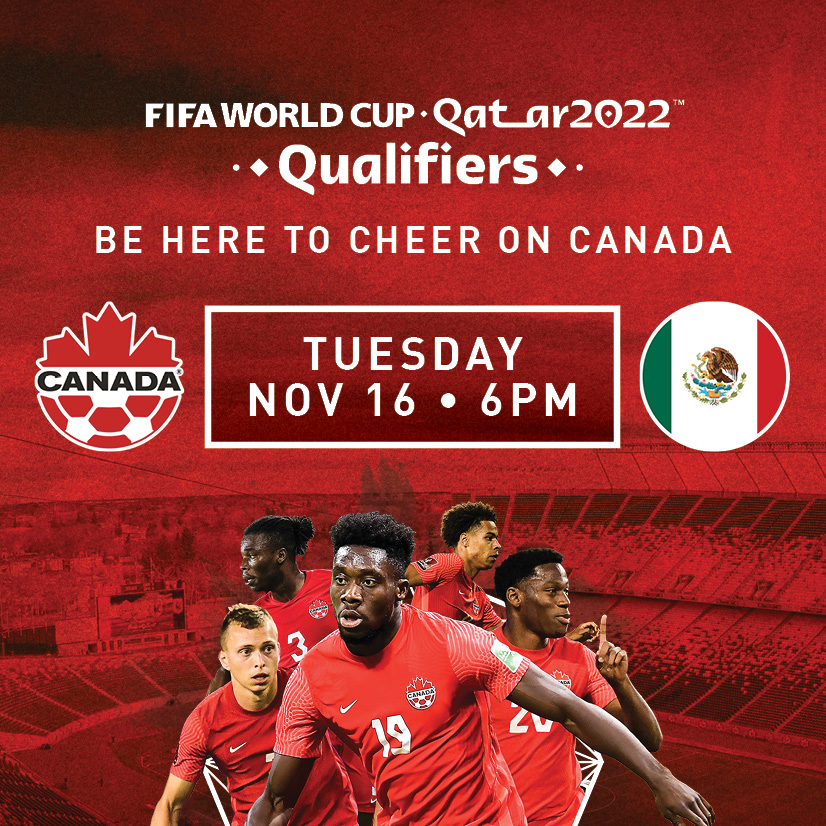 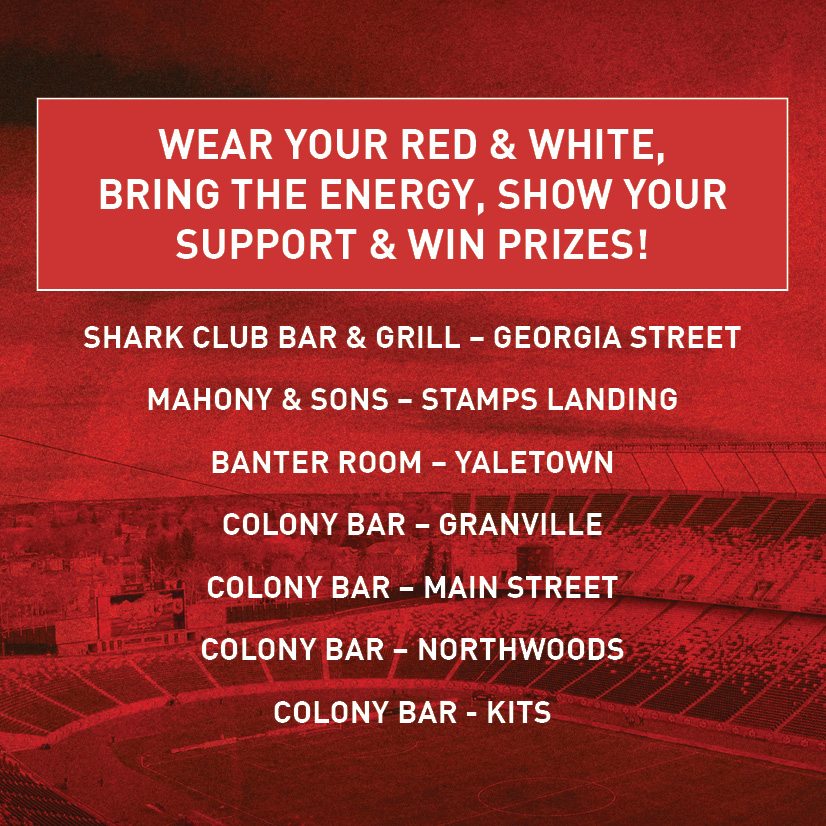