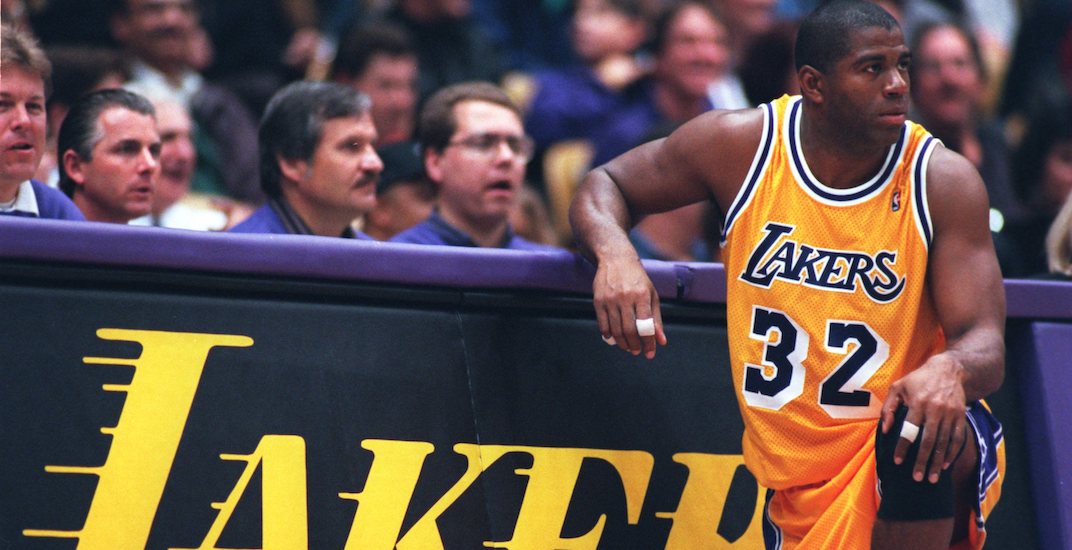 We understand. We miss sport too. And even though we appreciate that there are more important issues at stake right now than pro sports to enliven our evenings, this unscheduled time out has made us realize how much we enjoy having sport in our lives.

Making our way through a world without live sport may be a temporary inconvenience, but that doesn’t mean sportsphiles can’t fill their extra hours at home with a few fascinating journeys through history.

ESPN’s seemingly definitive Michael Jordan documentary, The Last Dance, has set a high standard but if you’re prepared to search beyond the everyday streaming services, there are plenty more wonderful sports stories to enjoy.

A great sports documentary, at its heart, is a story about remarkable people and remarkable achievements. It should be inspiring, exciting and emotional. Challenges will be faced and overcome. And right now, that’s exactly what we all need.

Here are some of our favourites and where you can watch them for free.

When I first moved to Canada, I soon learned that THE iconic moment in the country’s sporting history was the Summit Series of 1972, when the Canadian stars of the NHL scraped and scrapped their way to a narrow victory against the mysterious but skilful national team of the Soviet Union.

This fast-paced journey through the eight game series mixes politics, punches and pride, elegantly explaining how this come-from-behind victory became an essential part of Canada’s national psyche. The hockey highlights seem both strangely slow and homicidally rough by today’s standards, but the real star of the documentary is Phil Esposito, whose passion and ruggedly good-natured personality give the story a warm glow of blood and sweat-soaked nostalgia.

In a world where top professional teams recruit their talent from around the globe it seems inconceivable that there was once a soccer side that ruled Europe with only homegrown players. And yet, all but one member of the Glasgow Celtic team that won the 1967 European Cup (the precursor of what’s now called the Champions League) was born within ten miles of Celtic Park Stadium (the odd man out, Bobby Lennox, was born 30 miles away). They won it in style too, their attacking style overcoming the heavily favoured, ultra-defensive Inter Milan.

The charming documentary from BBC Scotland focuses as much on the fans who travelled from Glasgow to Lisbon for the final as it does the now-aging players, revealing an endless love for a once-in-a-lifetime team that refuses to fade with time. It also features some of the thickest and most impenetrable Glaswegian accents you will ever hear.

8. Magic and Bird: A Courtship of Rivals

Two stories wrapped in one, Magic Johnson and Larry Bird were the undisputed stars of basketball in the mid-1980s. Their rivalry paved the way for the emergence of Michael Jordan and what the NBA would become. Their names became interconnected when they were still in college and they went on to produce some of the most fiercely contested series (and many of the most aesthetically pleasing highlights) in basketball history.

The word ‘genius’ is wildly overused in sports, but the otherworldly spatial awareness of both players is at the heart of their unique talents. The in-game action from Magic’s Lakers and Bird’s Celtics is routinely tremendous, but the greatest pleasure throughout this documentary is the entwined paths of their lives and the gradual transformation of these fierce rivals, polar opposites as humans, into genuine friends.

By the time Jerry Smith retired from the NFL in 1977, his 60 touchdown catches were more than any other Tight End in League history. He was also gay.

Despite the moments of glory, this is an ultimately tragic story about an athlete unable to live openly in an era when, even as an All Pro player, revealing his truth would have ended his career.

Jerry Smith makes an appearance in another moving documentary from NFL Films, the acceptance of his not-quite-hidden secret an example of the ahead of his time tolerance of Vince Lombardi, the most fascinating football coach of his or any other generation.

While not a tactical wizard, Lombardi’s brilliance was his ability to instil and inspire greatness in others. After a decade turning the Green Bay Packers into the best in pro football, he came out of retirement to coach Washington for a season, combining his unique mix of discipline and fraternity to turn around a team of long-time losers.

The countless touching tributes from his players reveal how deep their love for Lombardi remains. It’s entirely appropriate that the trophy given to every Super Bowl winning team bears his name.

Not a pure sports documentary, but definitely worth the attention of anyone looking for a shot of inspiration. The story of Italians who helped save Jewish people during the German occupation of World War II includes footage and multiple extracts from the diary of Gino Bartali, winner of the 1938 Tour de France and the 1936 and ’37 Giro d’Italia.

Demonstrating superhuman courage, Bartali repeatedly risked his life helping Jewish people escape occupied Italy by smuggling forged documents in the frame of his bike on what appeared to be regular training rides from Florence to Assisi. Equally remarkably, Bartali kept his heroics a secret until the end of his life, despite being one of the most famous and beloved sportsmen in Italy.

On April 15 1989 thousands of Liverpool fans travelled to the Hillsborough Stadium in Sheffield for an FA Cup semi-final against Nottingham Forest — 96 of them never came home.

This definitive account of Britain’s worst sports disaster explains the subhuman perception and treatment of soccer fans in the 1980s, before revealing the painful details of the mistakes and negligence that led to so many unnecessary deaths. Perhaps the most shocking part of the entire story is the evidence of institutional corruption of the police and politicians, revelations that meant that this film couldn’t be legally shown in the UK for two years after its North American broadcast as the final inquest into the tragedy was in process.

Tough viewing, but essential for anyone with a passion for soccer or wondering why no one in Liverpool ever reads The Sun newspaper (and why you shouldn’t either).

You don’t have to be a skater to fall in love with this artfully told story of the most revolutionary skateboard team in history; one that not only redefined was physically possible on four wheels but changed the very way skateboarding was presented to the world. High-flying Tony Hawk is the most recognizable name featured, but it’s the story of introverted tortured genius Rodney Mullen whose talent and personal accomplishments stand out among a cast of fascinating characters.

The Bones Brigade were all older and wiser when this documentary was made, but don’t assume that this is merely a series of middle-aged men looking back at their wild-riding youth. Bones Brigade is an ode to the positive power of creativity.

From the late 1970s to the middle of the 1990s the West Indies cricket team dominated the best the rest of the world could throw at them. This is the uplifting story of that team and its never-say-die cast of hard-hitting batsmen and relentless bowlers that made them unbeatable.

Spanning so many years, Fire In Babylon is a complex tale with multiple fascinating characters. Over its 80 minutes the movie touches on racism, Caribbean cultural identity, apartheid, money and even Bob Marley.

Don’t worry if you know nothing about cricket. You’ll still be enamoured by the Caribbean charm and sheer badassery of the assembled ensemble.

“I didn’t go out to try to hit people,” explains fast bowler Andy Roberts in one of many memorable moments, “It’s just that a lot of people get hit.”

The holy grail of sports documentaries. Fly on the wall/inside the dressing room docs seem commonplace these days. Living With Lions remains the original and the best.

The behind the scenes story of the 1997 British and Irish Lions tour of South Africa, Living With Lions plays out like a classic caper movie. We meet the crew, share a few laughs, formulate the plan and take a few knocks before the big heist.

As pure cinema, it’s entirely unremarkable. The crew, continually hustling their way to get the access they needed, made do with whatever shots they could achieve. The editing is choppy. A bit more game footage wouldn’t have gone amiss either.

But as an insight into the physical courage and intensity required to compete and win at the highest level of international rugby (the Lions were huge underdogs against the World Champion South Africans) nothing comes close. Filmed less than two years after the sport became professional, it soon becomes apparent that this is a new level of competition for the players too.