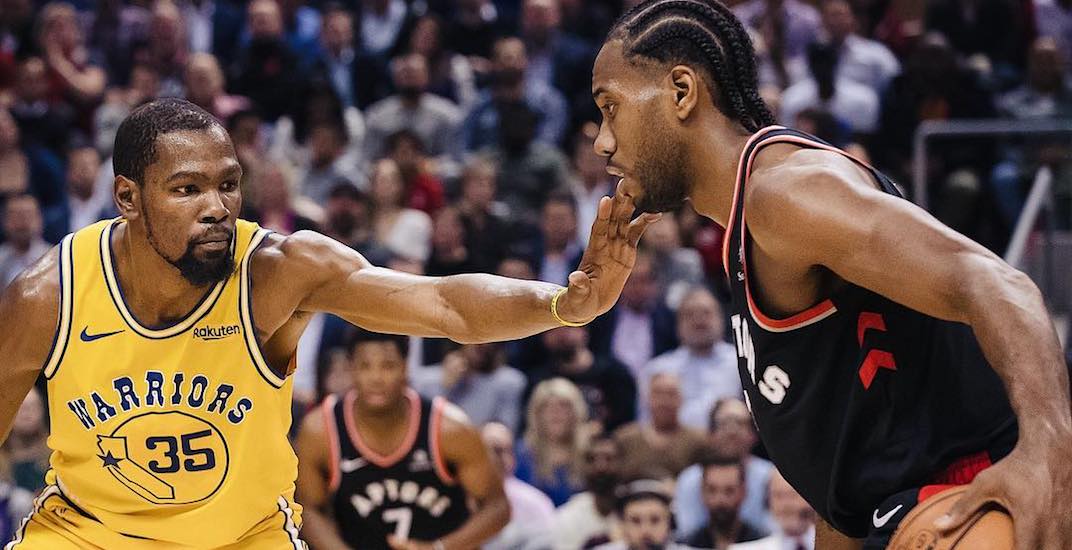 The Golden State Warriors will have to wait a little bit longer for the return of Kevin Durant.

Arguably Golden State’s top superstar (they have more than one), the former MVP hasn’t played since suffering a right calf strain against the Houston Rockets in the second round.

A report last Friday indicated that there was “some optimism” within the Warriors’ organization that Durant would return for Game 3, but Game 4 would be the “most logical option.”

Instead, neither game is an option for Durant, who has been ruled out of Friday’s game.

“Kevin will not play tomorrow,” Warriors head coach Steve Kerr told reporters on Thursday. “He will continue to get treatment and get on the court and continue to work, but will be unavailable for Game 4.”

Kerr said that Durant has been doing individual work on the court and has been putting in time in the training room and weight room, but Warriors training staff say he’s not ready for game action yet.

It wasn’t all bad news for the Warriors though, as All-Star Klay Thompson is expected to return to the lineup after missing Game 3.

“Klay, we’ll plan on playing tomorrow,” said Kerr. “So we expect him to play barring something unforeseen. He’s continued to improve. So that’s good news.”

Thompson had been “day-to-day” after suffering a hamstring strain late in Game 2.

Without two of their top three stars in the lineup on Wednesday, the Warriors had a difficult time in a Game 3 loss to the Raptors, despite getting a playoff career-high 47 points from Steph Curry.

Friday’s game is the only one this series that is not preceded by at least a two-day break. Game 5 is scheduled for Monday in Toronto.