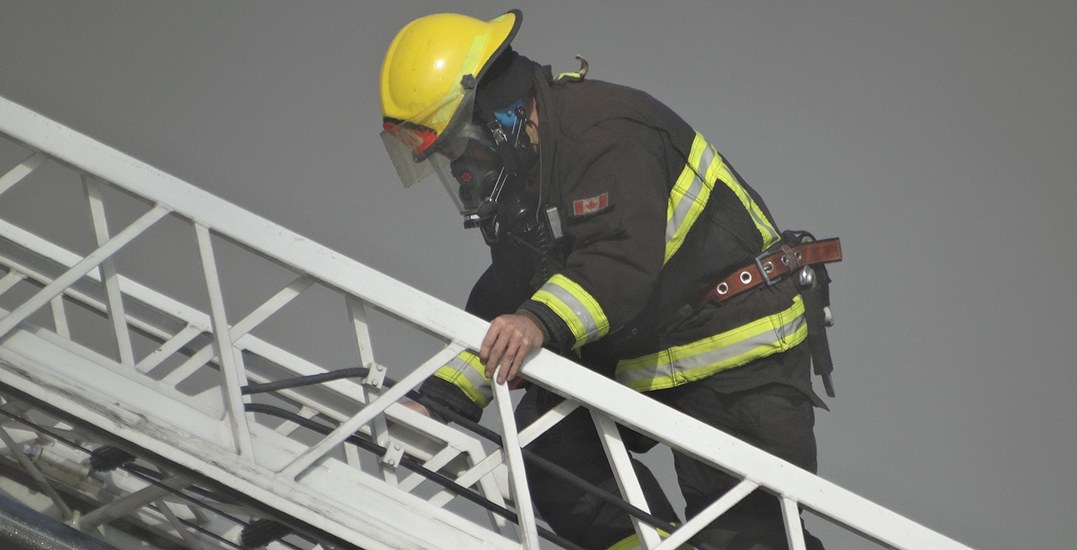 Police are searching for witnesses after a suspicious apartment fire that sent two people to the hospital.

According to a statement from the Vancouver Police Department, the blaze took place at a three-storey building near Marine Drive and Heather Street on Tuesday at 3 am.

“Because the fire started at night, most residents were sleeping inside and were unable to evacuate quickly,” reads the media release. “Several tenants in the 19-suite building had to be rescued from the flames and smoke.”

Two people were sent to the hospital. One of the individuals, a 33-year-old man, suffered serious injuries.

Investigators say that “witnesses reported hearing fireworks and seeing a group of people walking away from the building at the time of the fire.”

At this point in time, it’s believed that the blaze began outside the building and quickly spread to the structure.

“We believe someone out there knows how this fire started. We’re asking them to do the right thing and come forward,” says Sergeant Steve Addison, VPD. “This fire caused significant damage, destroyed a number of homes, and put dozens of people in harm’s way.”

Anyone with information, video, or any other evidence is asked to contact the VPD’s Major Crime Section at 604-717-2541.