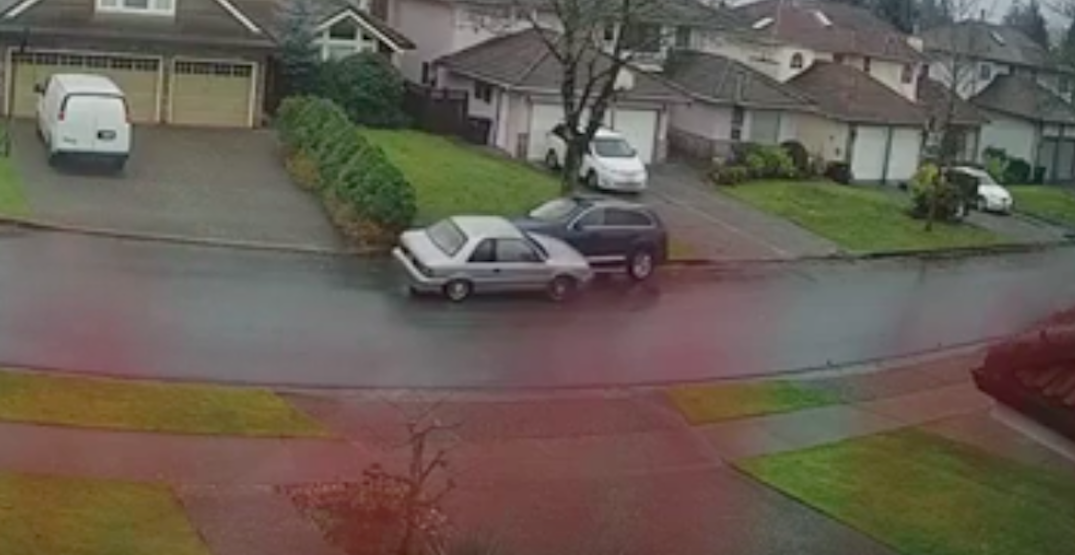 When Burnaby resident Jamie Chan got a call from her neighbour this past Sunday informing her that someone had hit Chan’s car while it was parked on the street, she expected to find “just a bump or a dent.”

However, what she discovered proved to be much more than that.

The driver of the other vehicle had essentially hit her car head-on before driving away, leaving her with a vehicle that she described as “undriveable” as a result.

Her neighbour’s security camera captured the whole incident on video, and Chan told Daily Hive she notified police of the incident immediately and that police “acknowledged” they were looking into it.

“Police believe that it [was] potentially a drunk driver – or distracted driver in general,” she added.

Either way, the driver “shouldn’t be on the road anymore, because it’s very dangerous,” said Chan.

Daily Hive has reached out to Burnaby RCMP for further comment.